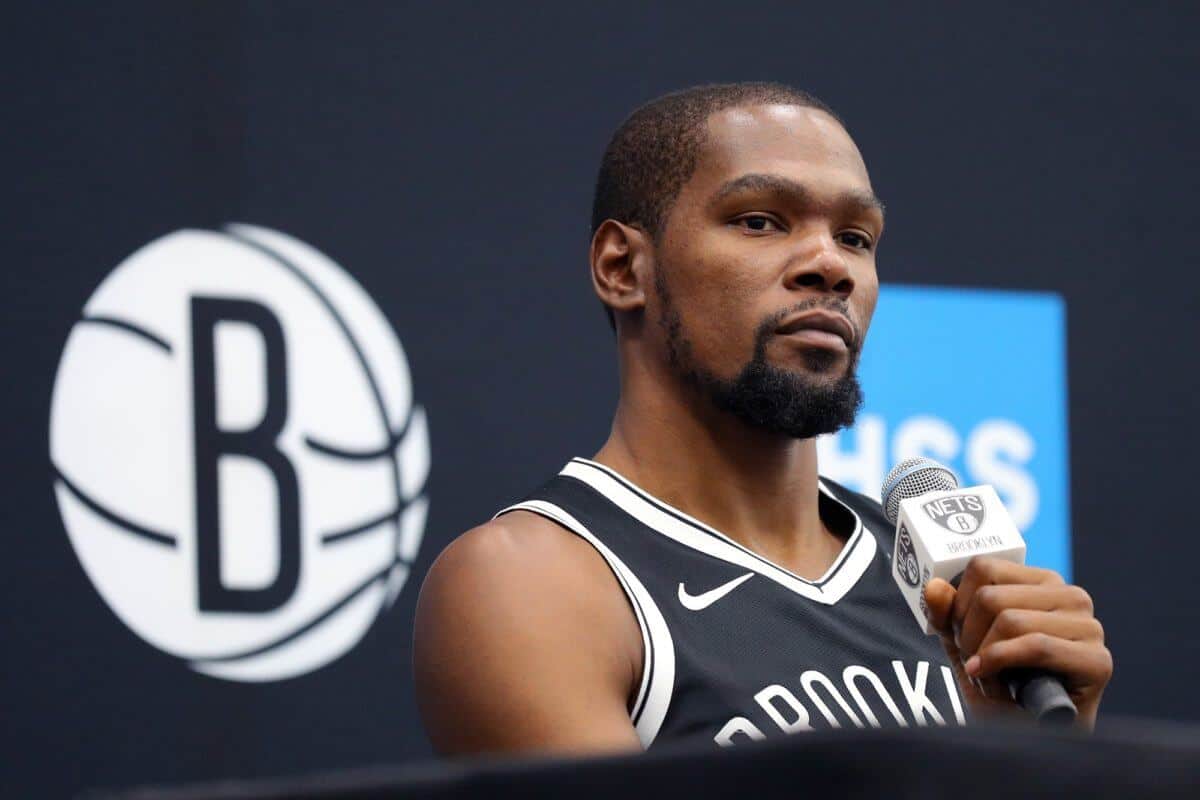 On Tuesday, Durant told The Athletic,

Everyone be careful, take care of yourself and quarantine. We’re going to get through this.

While the Utah Jazz are widely assumed to be ground zero for the NBA’s coronavirus outbreak, it may have begun with a different team on the east coast.

Where Did Kevin Durant and the Brooklyn Nets Contract the Coronavirus?

The Utah Jazz have become the epicenter for NBA-related coronavirus news. Ever since Rudy Gobert tested positive for COVID-19, the NBA halted its season. Since then, his teammate Donovan Mitchell has tested positive.

Four Brooklyn Nets players now have the virus, although it’s not clear how they got it. While people are already blaming Rudy Gobert, the Nets haven’t played the Jazz since January 14th. From what we know of the virus, players would’ve displayed symptoms far earlier if they contracted coronavirus during that game.

Kevin Durant and the Nets’ players may have contracted the virus from community spread in Brooklyn. New York has been walloped by the coronavirus more than any other state in the country. According to CNN.com, New York leads the nation with 1,374 cases.

There is one team, however, that links Brooklyn with Utah along the proper timeline of contagion.

Could the Boston Celtics Be the Epicenter of the Coronavirus in the NBA?

On March 3rd, the Nets played the Boston Celtics. During that game, Boston had at least two sick players. One player, Jayson Tatum, sat out. He must’ve been quite ill considering he was in the midst of a superstar turn to his career, and March 3rd was his birthday.

The other sick player, Marcus Smart, did not sit out. Is it possible that the virus did not start with Utah? It’s possible these two sick Celtics had the coronavirus and transferred it to the Brooklyn players.

Three days later, the Celtics played the Utah Jazz. Is that when the Jazz players were infected? Some people link an infected Celtics fan to Gobert. While it appears Gobert was the first to show symptoms, we know it acts differently in different bodies.

Perhaps Smart had COVID-19, but the symptoms were so mild that he played right through them against Brooklyn. In early March, the coronavirus had made it the U.S., but it still wasn’t considered to be the ever-present threat it is today.  He likely didn’t think twice about playing in the game.

We will soon know the truth. According to the Boston Globe, Celtics players were recently tested and should be releasing the results in the next few days.

Christian Wood, a recent opponent of the Utah Jazz, has also tested positive. Wood is a center, like Gobert, which means they spent a lot of time guarding each other. This suggests that Wood contracted the virus from in-game contact with Gobert.

With Kevin Durant and the three other Brooklyn Nets players testing positive, the virus may have hit more of the NBA’s most beloved players. The last team Brooklyn played before the season shut down was the Los Angeles Lakers. LeBron James was likely exposed. Perhaps even more worrisome to Lakers’ fans, Alex Caruso was also exposed.

Jokes aside, other superstars may have been exposed. Right before they played the Nets, the Boston Celtics played the Houston Rockets. Could James Harden and Russell Westbrook have the deadly virus too?

While the Celtics theory is nothing more than a theory at this point, NBA players are luckily some of the healthiest people in the world. Hopefully, Kevin Durant and the rest can make a speedy recovery, and one day we won’t care where the virus originated.