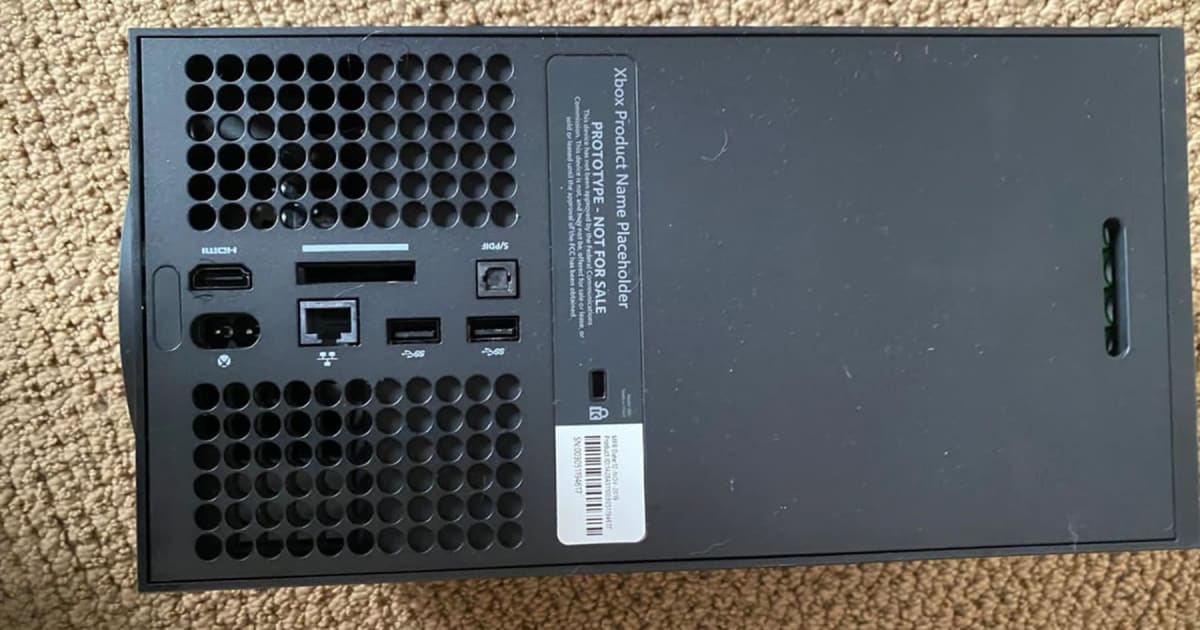 Behold the derrière of the Xbox Series X. Images of an alleged prototype have surfaced on Twitter and the gaming forum Neogaf, hinting at the various ports that will be available on Microsoft’s next console. Thurrott‘s Brad Sams believes they are authentic and not the work of a 3D-printing whizz kid. We can’t confirm their legitimacy, but they’re an improvement over the fake render AMD used during its CES presentation (oh, what a fun day that was…) A large panel reads “prototype – not for sale,” so it’s also possible the design and exact arrangement will change before release.

The alleged images show an optical audio port, two USB-A ports, ethernet, power and a single HDMI port. (The Xbox One family, for comparison, had a second HDMI port for pass-through shenanigans.) There’s also a long, rectangular slot which Sams explains is for diagnostic reporting and likely won’t feature on the final console. We’re months away from the Xbox Series X release, so the retail version could look completely different. The general shape, though, is identical to what Microsoft showed during The Game Awards last year. Provided these images are legitimate, we would be surprised if the company made anything more than slight alterations.