How Adobe Photoshop is used in the search for missing children 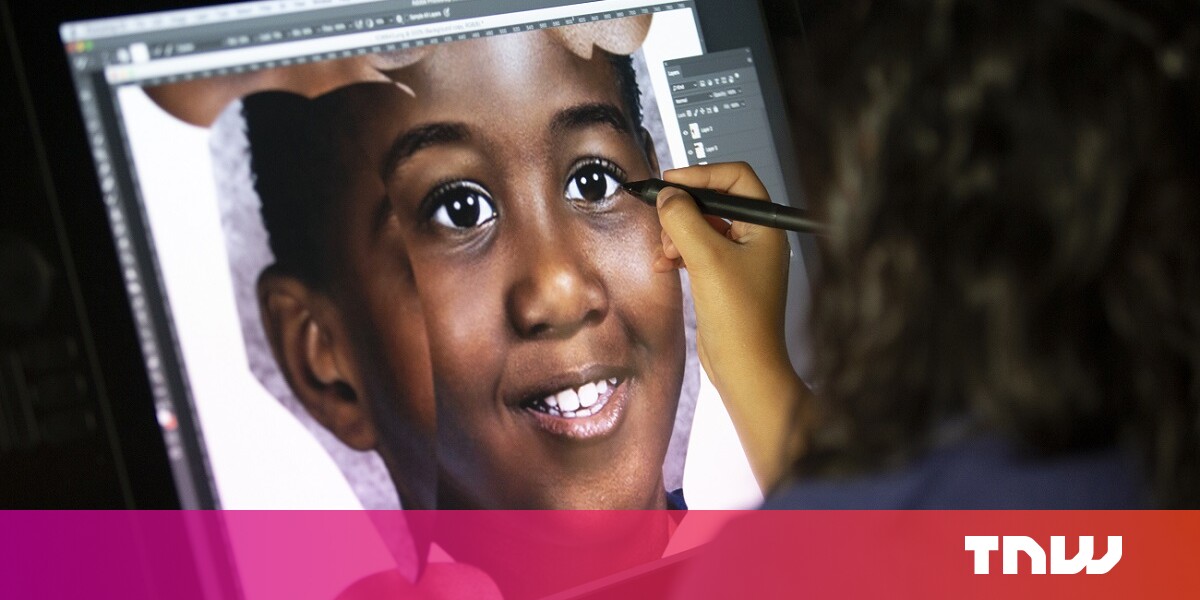 Have you ever wondered how those photos of missing children, aged-up to show what they’d look like today, are made? These images are often the work of multiple skilled forensic artists, who create them by hand with the assistance of Adobe. To date, they’ve helped hundreds of children be found.

The National Center for Missing and Exploited Children (NCMEC) is one of the most well-known organizations dedicated to helping find missing children. If you’ve ever seen a poster of a missing child, it’s likely to be the organization behind it. NCMEC began its partnership with Adobe in 2007, when Adobe exec John Penn attended a presentation given by Michelle DeLaune, NCMEC’s present COO. After listening to her speak about how NCMEC identify children in abuse images, Penn reportedly sought her out after the speech, handed her a business card, and told her to let him know any way Adobe could help.

Adobe has donated both its products and services to NCMEC, helping the organization with the use of several of its products, including Photoshop, Premier, and AfterEffects. Both companies seem quite pleased to be partnered with the other, working on such important things. TNW spoke with Adobe VP John Landwehr, who described the partnership as one of the best parts of his job.

If you’re like me, you assumed these age-progressed photos were the work of perhaps some kind of photo AI, made using pictures of older relatives as data — sort of like those gimmicky apps you can use that show you what children of you and a celebrity would look like. Sure, it’s a foolish notion, but those photos are generally so close in appearance to the original photos of the child that it seems like it must be the work of some kind of photo wizardry.

But no, those photos are the work of Photoshop. Specifically, they’re the work of Photoshop-based artists who spend hours pouring over images in order to create the photos. And often their accuracy is scary: in some cases, the missing children were found years later because they recognized themselves in the altered photos.

TNW spoke with Gavin Portnoy, NCMEC’s VP of Partnerships, about how the photos are created, and he said it’s not too far off from my assumption, only with forensic artists doing the work instead of a program:

They use reference photos from family. We age progress any child that’s been missing for more than two years, every two years. Once they reach 18, we age-progress them every five. The reason we do this is so there’s an accurate representation of what they may look like today. This is often done with reference photos from the family, so we’ll work with the family to get pictures of mom, dad, brothers, sisters to create a likeness. A lot of people think there’s an app that does this work. There’s not — this is artistry for sure.

According to Landwehr, Photoshop was one of the first Adobe products used by NCMEC: “If there’s a missing child, and the last photo was taken years ago, the artists that are able to use our technology, really mixing the art and science capabilities together to show what an age-progressed photo of that missing child would look like today is really powerful. It’s awesome to hear the stories on how many cases we’ve been able to help with.” NCMEC also uses Photoshop to put together posters of the missing children, which are used to distribute the image of the child more widely.

In addition to age progression, NCMEC artists use Photoshop to create facial reconstructions to help identify deceased children. Portnoy said NCMEC’s forensic artists frequently have to create these using the child’s skull: “Oftentimes we’ll get a scan of a skull and basically digitally add a face. We work with forensic pathologists and people in the medical field to create what we think that child might look like.” Portnoy said that, as of June this year, NCMEC had used Photoshop to create 575 facial reconstructions.

This is far from the only work Adobe and NCMEC have done together. Adobe Creative Cloud also offers solutions for enhancing photos of child abuse for identifying details. Just like the age-progression photos, it’s not pleasant to think about these sorts of images or the prospect of having to inspect them closely, but they’re very important for helping curb child trafficking. Adobe has also assisted in reinventing NCMEC’s website, helping optimize it for modern use — by NCMEC’s own admission, its early site was fairly primitive. NCMEC also used Adobe products to create its NetSmartz and KidSmartz online safety education tools.

These tools and photos have helped more people than we’ll probably ever know. Last year, during NCMEC’s 35th anniversary, Adobe reported its age-progressed images have helped with the recovery of over 3,000 lost children between 2014 and 2018. Of the missing children, over 200 had been missing for over ten years, to give you some idea of how much those age-progressed photos help. Portnoy also told TNW the facial reconstruction has helped identify 154 deceased children.

NCMEC COO Delaune said of the Adobe partnership: “We’ve helped to reunite hundreds of families because someone recognized age-progressed images we created using Adobe Photoshop. Seeing those children reunited with their families years later reminds us why we will never give up on finding our missing children.”