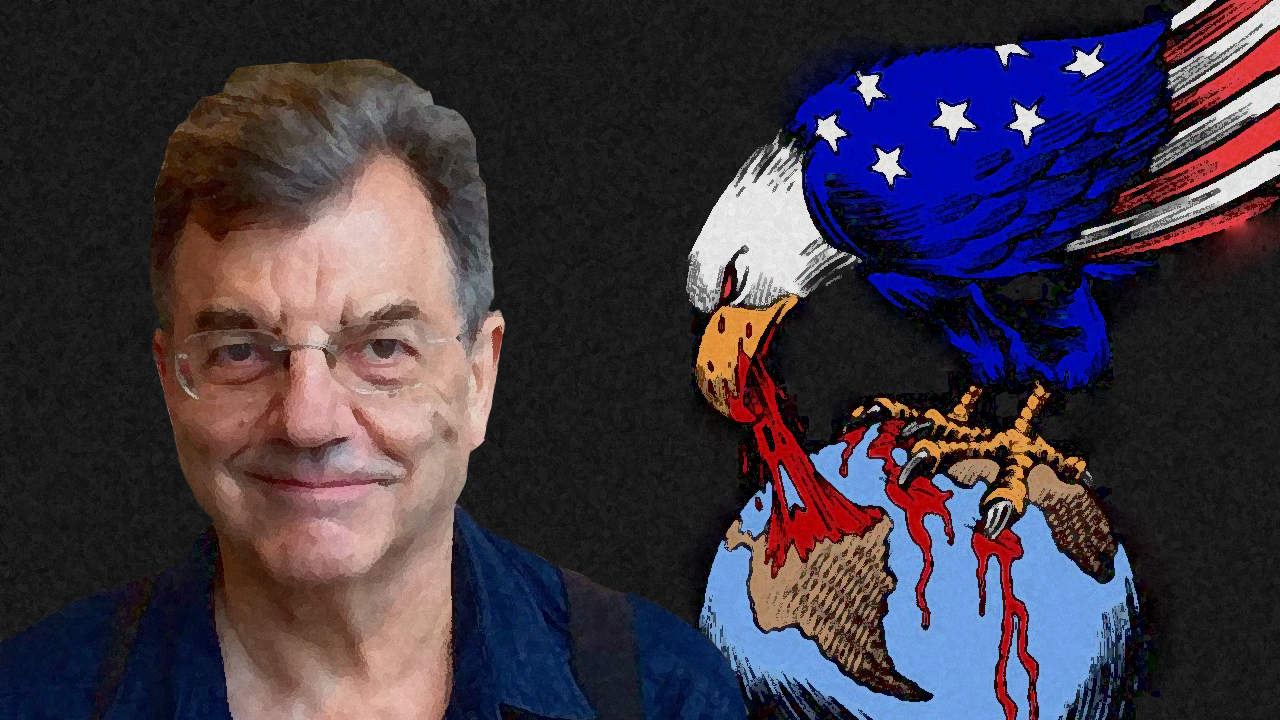 During the last few weeks, the world has been dealing with the coronavirus outbreak. These days, however, many of the world’s citizens are growing more concerned over the government’s reactions than the virus itself. Moreover, with the U.S. economy feeling the hardship of over 30 million unemployed Americans and the petro-dollar on life support, many economists think that de-dollarization is coming and this period marks the end of U.S. monetary hegemony. Following the Covid-19 pandemic and the government’s recent schemes, the well known economist Michael Hudson has been explaining how America’s financial superpower could very well fail in the near future.

Contents hide
1 American Economist Michael Hudson: ‘De-Dollarization–Toward the End of the U.S. Monetary Hegemony’
2 The Hard Fist of American Imperialism Is the Fuel
3 American Treasury Bonds and Paper IOUs
4 Covid-19 Has Opened America’s Can of Worms
4.1 Tags in this story

On April 23, the Global University for Sustainability published a speech that was recorded last year on November 20, and it starred the well known American economist Michael Hudson. The talk called “De-Dollarization–Toward the End of the U.S. Monetary Hegemony,” touches upon the U.S. financial system’s fraudulent manipulation. Hudson has also recently appeared with Max Blumenthal and Ben Norton as well, in order to discuss the topic of ‘American Imperialism.’ During the speech, Hudson explained to the attendees how the American government and its central banking infrastructure created a system where foreign countries pay for its wars, and they even pay for military occupation through the U.S. Treasury bonds system.

On April 22, news.Bitcoin.com described the petro-dollar and U.S. monetary hegemony in full context, explaining how the creation of 1944 the Bretton Woods pact bolstered the system’s framework. In that article, it showed how America’s banking elite, otherwise known as the ‘House of Morgan,’ funded Stalin’s communist regime, Hitler’s Nazi forces, and the allies’ military production all at the same time. Hudson says in the recently published video, that the American monetary hegemony started in World War I and solidified even more so during the second world war.

“Basically, the financial problem began in World War I and intensified in WW2,” Hudson stressed. “WWI can be thought of as a fight between finance capital countries – Britain and France, arming to protect what thought was a threat to socialism, specifically the state socialism of Germany and central Europe. What made Germany and Central Europe different from England, the U.S. and France is that there was a unity between government and heavy industry largely based on armaments, and building ships for the Navy and banking. The difference between German banking and Central European banking and English banking was between long-term and short term perspective. That gives us the difference between the industrial and financial time frame,” Hudson said.

The Hard Fist of American Imperialism Is the Fuel

This piece of history sparked the financial system of cronyism and the connection between state and finance. Over the years, Hudson details that the modern banking system grew without much restriction thanks to the tethered relationship between bureaucracy and the private sector. For instance, the World Bank in Hudson’s opinion was only created to make foreign countries dependent on American agriculture.

“This is built into its articles of agreement. It can only make foreign-currency loans, so it will only make loans to countries for agricultural development, roads, if it is to promote exports,” Hudson highlighted in his discussion with Blumenthal and Norton.

“So the United States, through the World Bank, has become I think the most dangerous — evil organization in modern history — more evil than the IMF. That’s why it’s almost always been run by a Secretary of Defense.” The economist continued by adding:

It has always been explicitly military. It’s the hard fist of American imperialism.

In fact, this system inspired Hudson to write the novel “Super Imperialism” in 1972, which was published a year after President Nixon took America off the gold standard. “The reason he took America off gold was that the entire balance-of-payments deficit from the Korean War to the Vietnam War was military in character,” Hudson said. The economist further explained that in the ‘60s the amount of money America was spending on Vietnam and Southeast Asia was astronomical. Countries who trusted the Bretton Woods pact started to not trust the American government and tried to repatriate their gold.

France and Germany started catching a whiff of cracks within the U.S. financial system and this provoked Nixon to remove the gold standard. “all the money would be sent to Paris, to the banks’ head offices, turned over from dollars into francs, and General de Gaulle would end up with these dollars. Then every month he would send the dollars and want payment in gold. And Germany would do the same thing. So the more America fought militarily, it depleted its gold stock, until finally, in August 1971, it said:”

We’ve been using gold as the key to our world power ever since World War I, when we put Europe on rations. So we’re going to stop paying gold.

After Nixon closed the gold window, economists feared another Great Depression would come, but Hudson realized this wouldn’t happen. “Wait a minute, now,” Hudson said. “Other countries can no longer get gold from all this military spending — and when you talk about the balance-of-payments deficit, it’s not the trade deficit, it’s not a foreign investment; it’s almost entirely military in character.” But people still questioned how the U.S would pay for its wars and what the central banks internationally would do with all of the excess dollar inflows.

“We would let them buy stocks, but not become a majority owner,” Hudson revealed. “A former mentor, the man who taught me all about the oil industry at Standard Oil, became undersecretary of the Treasury for international affairs. When Herman Kahn and I went to the White House, he said:”

We’ve told the Saudi Arabians that they can charge whatever they want for their oil, but all the money they get, they have to recycle to the United States. Mostly they can buy Treasury bonds so that we’ll have the money to keep on spending.

“They could also buy stocks, or they can do what the Japanese did and buy junk real estate and lose their shirts,” Hudson noted. “So basically, when America spends money abroad, central banks really don’t speculate. They don’t buy companies. They buy Treasury bonds. So we run a monetary deficit; the dollars are spent abroad; the central banks lend them back to the Treasury, and that finances the budget deficit, but it also finances the balance-of-payments deficit. So we just keep giving paper IOUs, not gold,” Hudson explained. The economist further said:

The U.S. demands foreign dependency on its grain, technology, and finance. The purpose of the World Bank is to make other countries’ economies distorted and warped to a degree that they are dependent on the United States for their trade patterns.

Covid-19 Has Opened America’s Can of Worms

Free market economists, gold bugs, and cryptocurrency proponents have been telling the world how manipulated the monetary system is and specifically how evil the U.S. dollar is as well. The recent oil drop has shown that the petro-dollar is hardly valid anymore, and the only thing holding the American financial system up is through the use of bullying with military force. A number of countries have tried to escape the U.S. monetary hegemony, but their leaders were executed and sanctions were placed on the countries’ trading avenues. This is why U.S. forces have heavily occupied the Middle East for well over two decades. But more recently, other larger economic forces like China and Russia have been trying to escape the American financial system. Hudson details that because China and Russia have been attempting to remove their systems from America’s imperialism, it has sparked a cold war between the countries once again. Hudson detailed that the U.S. has helped bolster the IMF and the World Bank in order to squash the narrative of alternative financial systems.

Hudson’s recently published video and his discussion with Norton and Blumenthal, is an eye-opener to those who don’t understand how manipulated the American financial system really is. However, Hudson has far too much faith in the bureaucracy and his solutions to the problems involve globalism and statist ideals. His description of the U.S. monetary hegemony is still factual and his statements like society’s financial system “is not fair and you won’t find it in economics” is truthful. However, Hudson’s fix involves trusting in the very parasites that caused the damage in the first place. Despite this, Hudson’s evidence that shows “de-dollarization” is likely on the way, as it is a reliable and fairly solid theory of things to come.

Bitcoiners and anti-statists have been explaining to people there are numerous ways to escape the fraudulent financial system, whether it be through barter and trade, cryptocurrency solutions, or using precious metals for a hedge. The Covid-19 outbreak and specifically the U.S. government’s response has been tyrannical and filled with practices that violate civil rights. Free market advocates understand that the state’s authoritarian powers cannot function without funds, endless money creation, military force, and the fiat currency system. As cryptocurrencies like bitcoin grow larger, the digital asset economy will provide a meaningful and reliable escape. In time the monies backed by military force and guns will be a distant memory.

What do you think about Michael Hudson’s view of the end of U.S. monetary hegemony? Let us know in the comments below. 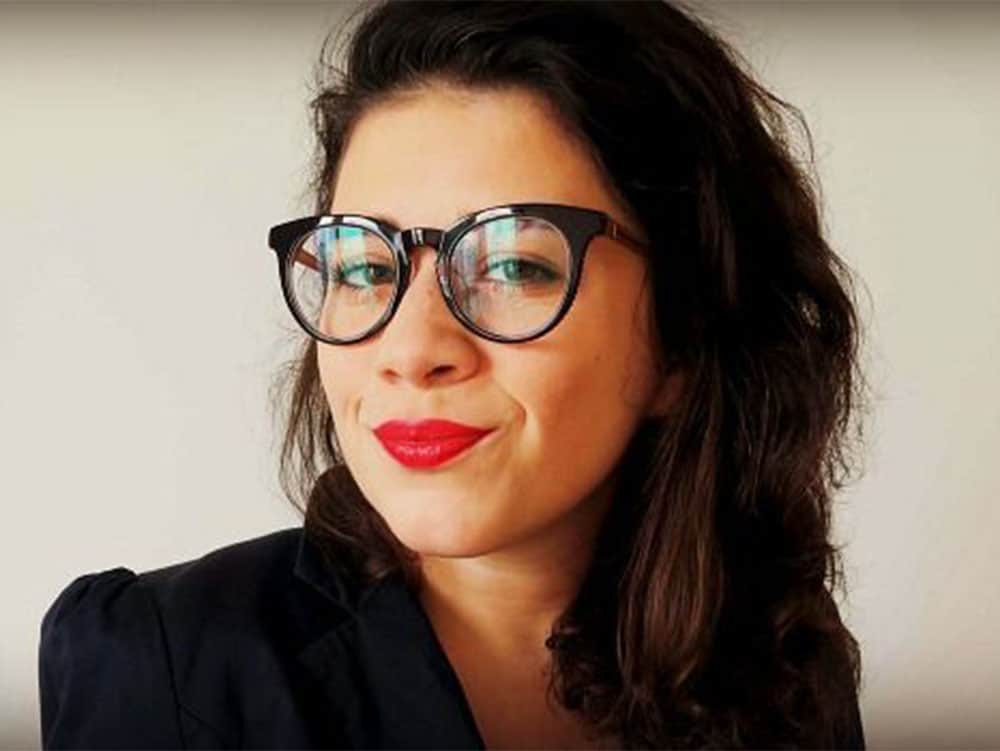 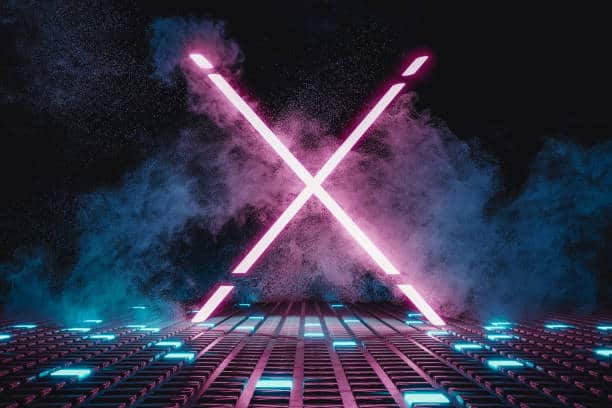