By Christopher H Hamman Last updated Apr 26, 2020
Share
Contents hide
1 Ten Questions One-on-One with Alex Hui
2 Alex Hui, Director Moonstake Limited
3 1. What is the ultimate goal of Moonstake?
4 2. Is there a scenario where the staking process can be impartial to all?
5 3. Are there different scenarios for staking?
6 4. What’s the most optimal scenario possible for staking in DLT apps?
7 5. What advantages does a staking pool bring to the table?
8 6. How can provably fair staking systems be secured from abuse?
9 7. Is there any way that the least stakers in a staking system get to increase on the amounts available for staking?
10 8. In your opinion, can staking be applied to diverse kinds of scenarios?
11 9. Will we see many proof-of-work-systems forks to proof-of-stake in the near future? If so why? If not, Why not?
12 10. If you had three wishes for the DLT space and a Genie who could make them come true, what would they be? 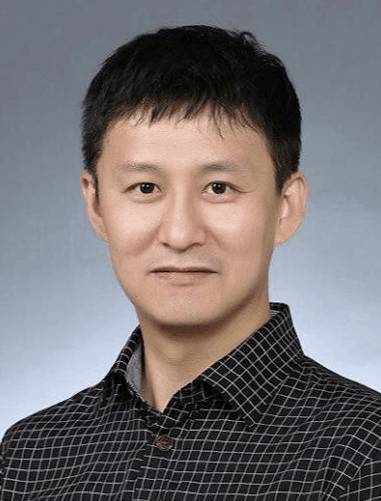 The issue of staking in blockchain systems has become a hot topic within the crypto space. It has created different projects with multiple approaches to blockchain system design. Proof of Stake (PoS) it seems will rule over the world. E-Crypto News reached out to Alex Hui who is the director of Moonstake Limited. Here is what he had to say.

Mr. Alex Hui is Director of Moonstake.io, and in 2017 was appointed Director and COO of a startup specializing in business development using blockchain. In 2012 he won first place in Evernote DevCup against 170 teams in working for Metal One. The following year, he won the same contest and was invited to the accelerator program of the American Unicorn company Evernote. He is self-taught in programming and started an application development company in 2009. Previously, at Metal One, Mr. Hui developed a hugely successful new product in the Chinese market, and then headed up the firm’s development strategy and managed large-scale projects in Southeast Asia and Australia.

1. What is the ultimate goal of Moonstake?

Moonstake is a company headquartered in the Cayman Islands with a regional office in Singapore. It is co-founded by Mitsuru Tezuka and Alex Hui in 2020.

Our aim is to create the largest staking pool network in Asia. Via this extensive network, we hope to create a robust environment for cryptocurrency holders to increase the likelihood of receiving block rewards for validating cryptocurrency and validating blockchain blocks. At the same time, we will work with enterprises to provide solutions on staking for different coins.

2. Is there a scenario where the staking process can be impartial to all?

Staking is still impartial. But with the improvement of the blockchain consensus model in the future, it should become less impartial. After all, decentralization is the core concept in the blockchain industry.

Besides, PoS solves a lot of issues in PoW and some major projects are starting to move to PoS soon (Ethereum 2.0). Therefore we believe there is a bright future for PoS.

3. Are there different scenarios for staking?

Yes, there are in fact different scenarios for staking. For example, both exchanges and pools offer ways for users to stake.

Our solution allows the user to stake through wallet which is integrated with Moonstake’s staking pool. Therefore, you can enjoy higher security since you keep your coins on your wallet. We have already released a staking pool integrated wallet on iPhone and Android platforms. You may want to solve to see how intuitive and convenient it is.

4. What’s the most optimal scenario possible for staking in DLT apps?

While some wallets offer staking function, there are 2 major limitations for the moment. Either it is only for staking native tokens, or integration is limited.

In Moonstake we believe the optimal scenario for staking must contain 3 elements: Efficiency, Variety, and Ease-to-Stake.

Therefore, when we build our infrastructure, we have the vision to include all the best projects and integrate the staking process in different wallets (including native ones). For example, one of our close partners Infinito Solutions has an awesome wallet called Infinito Wallet. They have 70,000 active users. By integrating our service via Infinito Wallet, we could allow wallet users to stake their coins with ease.

5. What advantages does a staking pool bring to the table?

In Proof of Stake (PoS), a person can validate block transactions according to the number of coins held. In other words, let say a miner owns 5% of Ethereum. In theory, he can only validate 5% of the Ethereal blockchain. Therefore, by creating a large staking pool, we would like to work with cryptocurrency owners to increase the likelihood of validation and thus higher rewards. With our existing partnership with many excellent projects like Tezos, Cardano, Ontology, and Cosmos, users can stake their coins with ease, and at the same time get higher rewards in the long run.

6. How can provably fair staking systems be secured from abuse?

This varies among consensus models but generally robust algorithms are designed to prevent abuse. The most common abuse is called 51% Attack which means a node would have to own a majority stake in the network and thus being able to validate fraudulent transactions. This usually happens to cryptocurrency with small market capitalization.

In Moonstake, our strategic partnerships focus on projects with significant scale and robust infrastructure. This enables our users to stake their coins in a safe and dynamic environment while having better opportunities to capitalize on their holdings.

7. Is there any way that the least stakers in a staking system get to increase on the amounts available for staking?

At Moonstake, we believe fairness is important. Therefore, through working with a parent pool and smaller pools, we would like to provide an environment where users can participate in the network and earn rewards more efficiently. In this regard, we are building a strong community and forming a partnership with different entities to make this happen.

8. In your opinion, can staking be applied to diverse kinds of scenarios?

Staking will be a prominent future of blockchain. But the current application is still confined to network validation. I can see the philosophy of this consensus model will transcend to other areas, but there is still a big question of when and how.

9. Will we see many proof-of-work-systems forks to proof-of-stake in the near future? If so why? If not, Why not?

10. If you had three wishes for the DLT space and a Genie who could make them come true, what would they be?

First, we wish adaptation will happen faster. While people in the industry understand the potential of DLT goes beyond cryptocurrency, the general public still has a limited understanding of the full potential of blockchain. With more adaptation, I believe tech development in different areas will foster, and bring fairer and better opportunities for the global population. That’s also why Moonstake aims to contribute to this DLT space and try to make this happen.

Second, we wish there would be more collaboration happen in the space. With more collaboration between projects, we can move the space faster with more robust tech development and actual business. Therefore, Moonstake is paying much effort to form partnerships with renowned projects and launch diversified services to users.

Lastly, it is not totally blockchain-related, but we hope that the crisis of COVID-19 will be over soon. We deeply sympathize with people who are affected by the situation. Therefore, we wish everyone the best health and hope things will return to normal as soon as possible.