Ethereum and Bitcoin are the two biggest cryptocurrencies. However, they differ in purpose. Bitcoin is designed to act as an alternative currency or digital currency while ethereum supports peer-to-peer applications and contracts through its local currency vehicle.

The current hype that surrounds Bitcoin (BTC), Ethereum (ETH), crypto, and blockchain technologies have rivaled the dot-com bubble that dominated the late 90s. Many investors are coming into the crypto space and it seems like it will not slow down any time soon as more institutional investors come in. Ethereum and bitcoin are attracting more notable investors. 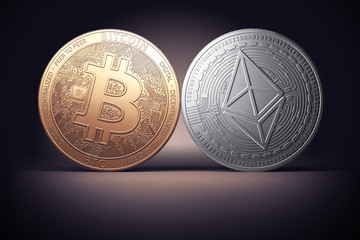 Since the ICO boom of 2017, more people have come into the nascent space with a large percentage aware of the potentials that the crypto industry presents.

Some analysts define Bitcoin as a ‘digital dollar’ while others believe that it will become an alternative to the dollar. In general, bitcoin is a form of digital dollar minus the official regulations that come with a bank. This characteristic makes it a disruptive concept since it is money held in a digital form.

Anyone can set up an account to buy and sell bitcoin through various crypto exchanges. The bitcoin price is known to fluctuate depending on supply and demand. Nonetheless, people are converting bitcoins into ‘tokens’ to participate in Initial Coin Offerings (ICOs). Based on the supply and demand of the tokens, the price rises and falls. 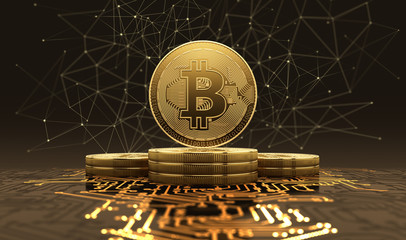 Notably, tokens operate on a secondary market which is separate from the price movement of bitcoin’s market as a currency. Some people acquire bitcoin since they want to store their money in a place other than a bank. Some buy bitcoin as an investment hoping that its price will rise significantly in the future

Others buy bitcoin as a method of investing in firms that raise funds via IEOs and previously ICOs. They do that because the equity in these companies cannot be bought with fiat currency. It is only possible to buy tokens with Ether or Bitcoin.

Averagely, bitcoin has a trading volume of over $10 million daily and therefore can easily be converted into cash. The most noticeable risk that is involved in any cryptocurrency is that it is highly speculative currently. While a growing number of businesses and institutions are investing and even accepting bitcoin payments, many other firms and entities are not yet on board with bitcoin or ethereum.

Today, it is anyone’s guess whether bitcoin will go mainstream in the coming years. Nonetheless, some analysts think that the cryptocurrency might become worthless in case it does not go mainstream. Bitcoin’s energy consumption is another downside that analysts believe will slow its adoption.

The bitcoin mining process is designed to use a lot of computing power, an energy-intensive process. A study from the University of Cambridge highlighted that bitcoin transactions consume more energy than the whole of Venezuela.

This energy usage has raised concerns among, regulators, investors, and governments. At some point, Tesla suspended bitcoin as a form of payment  due to the crypto’s carbon footprint. But, with more firms accepting bitcoin payments and El Salvador recognizing Bitcoin as legal tender, the flagship cryptocurrency appears to be a better investment than ethereum.

Ethereum is another crypto that many people believe has the potential to overtake bitcoin in the future with its ever-increasing use cases. Currency is relative in any economy. Since bitcoin is the leading coin and the first that was developed to introduce cryptos to the world, the price of all other altcoins is measured against bitcoin.

For instance, Litecoin is gaining adoption in many industries around the world but it is not the market leader since its price is still affected by the direction that bitcoin takes at any given time.

On its part, Ethereum is different in its technology and not the fact that it is another crypto. Ethereum’s coin which is known as Ether is just like bitcoin. It is purchased and sold at various crypto exchanges and it is used by investors to invest in IEO and DeFi opportunities. 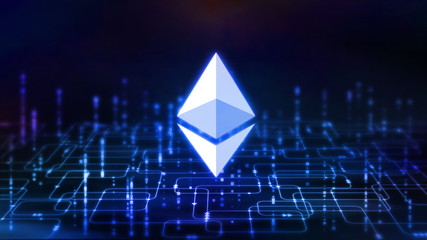 The primary difference between bitcoin and ethereum is that bitcoin is mainly a currency while ethereum is a ledger technology that firms use to build new programs. Both are powered by blockchain technology but Ethereum’s platform is bigger. Ethereum is evolving incorporating new features, developments, and upgrades to serve a wider base of developers.

Some say that if bitcoin was version 1.0 then ethereum is 2.0 since it powers the building of decentralized applications to be built on it. It is a great platform for innovation. The Enterprise Ethereum Alliance, a super-group of Fortune 500 companies, supports Ethereum’s technology. They have agreed to learn and build upon the “smart contract” technology.

Smart contracts are designed to enable the demanding business applications to automate their complex applications. Ethereum being a big name in the blockchain space, there is a wide variety of projects that are hosted on the platform.

For example, decentralized finance (DeFi) sector uses the Ethereum blockchain for all its operations. the non-fungible tokens (NFTs) have also taken over the crypto world in 2021 which has helped boost the value of Ethereum. the Ethereum blockchain, being an open-source technology enables the developers from around the world to create new applications on the platform.

When the applications powered by the Ethereum blockchain succeed, the underlying technology gains value and Ether benefits. Developers create ‘smart contracts’ on the network enabling the users to conduct some safe and credible transactions without having to involve the services of third parties. Eventually, smart contracts are expected to revolutionize many industries, which undoubtedly gives Ethereum an advantage over competition.

Furthermore, developers are working on updates to improve the Ethereum blockchain to make it more energy-efficient. The Ethereum 2.0 platform is expected to use about 99.95% less energy than it previously used. That factor might make it a better investment than bitcoin. However, Ethereum and Bitcoin blockchains might dominate the crypto world for years to come.

Ethereum’s technology has huge potential to impact Internet of Things (IoT) processes and projects. It has opened the doors for various unique innovations. Thus, the difference between ethereum and bitcoin is their separation of roles. They are focused on parallel and different goals. As bitcoin succeeds in disrupting currency, ethereum is disrupting equity.