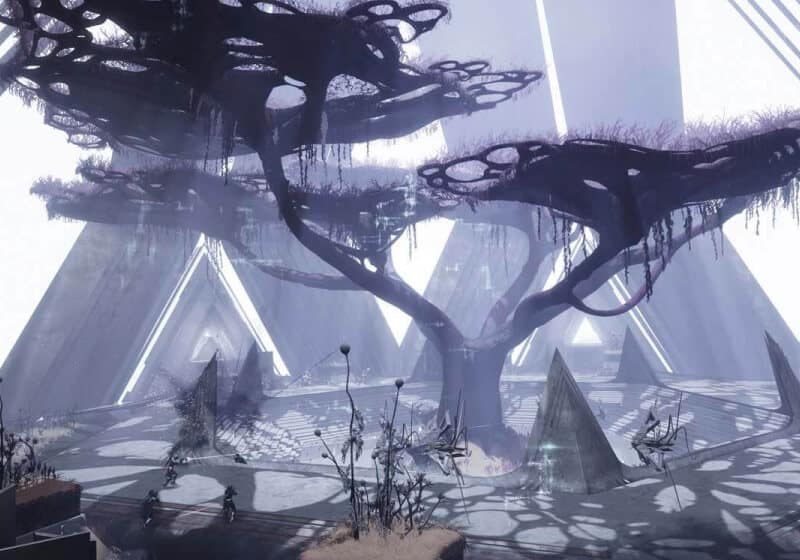 Contents hide
1 A big thanks: A huge team of Destiny 2 players spent hours solving an elaborate maze that was introduced to the game last week. This week Bungie acknowledged their efforts and revealed a little bit of the origins and development of the puzzle. It did not, however, apologize for what player thought was a lame prize for their extreme efforts.
2 Related Reads

A big thanks: A huge team of Destiny 2 players spent hours solving an elaborate maze that was introduced to the game last week. This week Bungie acknowledged their efforts and revealed a little bit of the origins and development of the puzzle. It did not, however, apologize for what player thought was a lame prize for their extreme efforts.

In a blog post on Thursday, Bungie thanked the Destiny 2 community for its participation in its crazy and uber-elaborate Corridors of Time maze last week. The labyrinthine path through time was solved through a great effort from thousands in the community. Bungie and players alike touted it as “one of Destiny’s most complex puzzles to date.”

Indeed, the challenge was so monumental that many players felt the reward was not entirely worth the effort. The prize was an exotic fusion rifle called Bastion. While Bungie did not acknowledge players’ complaints specifically, it did say it is listening to player feedback, giving a slight nod that it heard them about the prize.

“Again, we want to thank everyone who participated in this puzzle or cheered from the sidelines,” the company said. “We’re actively monitoring and collecting your feedback, from the puzzle itself to the rewards contained, to inform how we build experiences like this again in the future.“

Although the award could have been better, solving the brain-buster was its own reward for most.

“Whoever came up with the labyrinth puzzle is the real GOAT. You deserve 6 raises,” said one Redditor as a footnote to his gripe. “Please, if someone knows who made this puzzle, let us know because he or she absolutely deserves all of the praise for this massive undertaking.”

The developers also expounded upon the behind-the-scenes origins of the vast and confusing maze. In part, the idea came from an inter-office “pentathlon” Bungie holds each year where they spend all day solving interconnected puzzles. Perhaps more interestingly, they also said they drew inspiration from the cult-classic movie Cube.

The 1997 Canadian indie film featured a cube with 17,576 (263) rooms connected by narrow corridors and enclosed within a cubical shell called “the sarcophagus.” Six people find themselves imprisoned in one of the rooms and work together to try to find a way out while trying to avoid traps and maintain their sanity.

“The early ideas for this [Corridors of Time] space were roughly based on the idea of the cult-classic movie Cube, where you would leave one door and end up in another identical room with a new death trap waiting for you,” said the devs.

They wanted to invoke feelings and questions similar to those created in the movie. “Just how deep does this rabbit hole go? Can you just keep going on forever? And is there even an end to this?”

Many who were there for the hair-pulling trek would say, “Mission accomplished.”

Bungie also talked about performance issues and what’s ahead for the game. You can check out all the developers’ thoughts and what is coming up on the official blog.