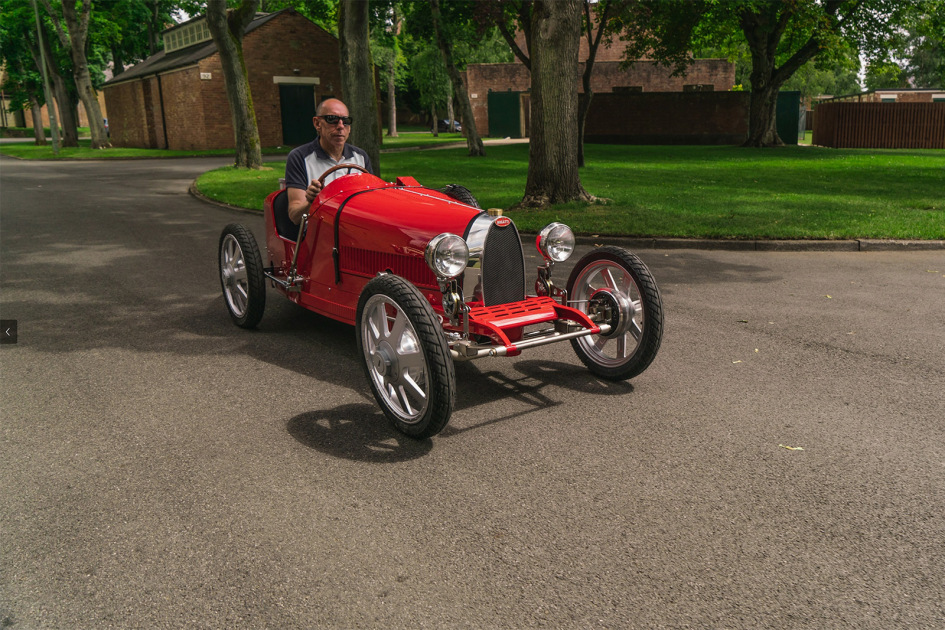 Bugatti hasn’t produced an electric car since the ultra-rare Type 56 from 1931, but it’s ready to leap back into the field… in a manner of speaking. Autoblog reports that the automaker has introduced the Baby II, a 75 percent scale electric replica of the Type 35 that’s more of a functional “toy” than something you’d use for a backroad jaunt. It’s clearly aimed at the children of wealthy families with a 1.3HP Novice mode and a 1.4kWh battery, but it’s large enough for many adults to drive — there are even selectable features and higher-end configurations for buyers who’d like to putt around their estates.

The base version of the car has a 5.8HP Expert mode that allows a top speed of 30MPH. Spring for the Vitesse and Pur Sang models, though, and you’ll get a 2.8kWh battery that produces 13.4HP (when you use a special Speed Key) and boosts the top speed to 42MPH. While range is never particularly high, between 15 and 31 miles depending on the trim level, that’s more than enough for a tour around the mansion.