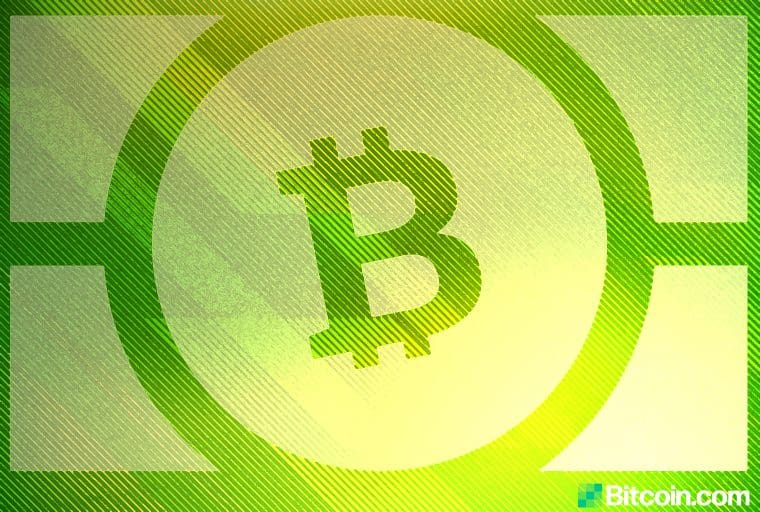 During the first week of March, there were prominent discussions concerning the recently announced infrastructure funding proposal (IFP). However, a number of crypto participants are focused on the market carnage and the possibility of a global recession. After the new full node project published plans for the upcoming upgrade, Btc.top founder Jiang Zhuoer revealed his hashrate would vote against the proposal. Two days later, the full node project Bitcoin ABC announced intentions to raise funds in order to sustain operations for one year. Currently, the Bitcoin Cash Node project has 41 public nodes and three public mining pools have been signaling support for the new full node.

Recently, IFP discussions have taken a back seat due to the coronavirus outbreak and the possibility of an economic recession. During our last report, news.Bitcoin.com covered the Bitcoin Cash Node (BCHN) project publishing its intentions for the upcoming upgrade and future goals.

Following the update from BCHN developers, Btc.top founder Jiang Zhuoer talked about the IFP with the BCH community in China during an ask-me-anything (AMA) event. Crypto reporter Cindy Wang explained that Zhuoer said he would “use his personal hashrate to vote no in case somebody wants to activate IFP.” Following Zhuoer’s commentary, Bitcoin ABC published a blog post two days later. The announcement detailed the team’s plans to raise funds for a year of operation.

“Bitcoin ABC is proud to announce we’re kicking off our 2020 Business Plan Fundraising Drive this month,” the post published on the read.cash blog notes. “We are raising funds to sustain our operations for one year at a level that permits us to make important progress on the Bitcoin Cash roadmap.”

Soon after the ABC fundraising drive announcement, Bitcoin.com’s mining pool mined the first block showing support for BCHN. So far, three mining pools have shown support for the BCHN which implies disagreement with activating the IFP. The three mining pools are pool.Bitcoin.com, Asicseer, and SBI Crypto. Coin.dance statistics on March 15 show that there are 41 public nodes running BCHN today.

Bitcoin ABC is still the dominant node with 723 public nodes running and Bitcoin Unlimited (BU) has 684 nodes. It’s also worth noting that BCHD has around 23 nodes on March 15. Coin.dance also displays a bar graph that shows a proposal activation spotlight. “1,344 blocks (67%) in the current 2016-block signaling period are required for the infrastructure funding plan lock in,” the Coin.dance website notes. There are 421 blocks left for the signaling period, and 0% of the BCH hashrate has shown support for IFP to date according to Coin.dance. BCH supporters can also watch blocks in real-time on the website bitcoincash.network.

On March 14, the BCHN team published a “lead maintainer report” which details what the developers have been working on lately. The BCHN developers said that block signaling has shown increased support for BCHN. The maintainer report also disclosed that the programmers have seen 141 BCH sent to their donation address. No funds have been spent yet “except for an initial expenditure shortly after setting it up.” Since the BCHN project started, engineers have raised 51 issues, closed 18, raised 100 merge requests and merged 86 of them. BCHN programmers have also been in contact with other client team developers such as Bitcoin Unlimited in regard to certain feature implementations.

The BCHN node’s lead maintainer Freetrader also noted during the end of the report that he had entered a pull request on Github to revert the IFP merger on the bitcoincash.org Github repo. According to the developer, “the discussion was subsequently locked and closed by the maintainer(s).” “Additionally, I found out via automated email notification that my Github account (ftrader) had been removed from the Bitcoin Cash organization on March 3, again by parties unknown and unwilling to acknowledge their responsibility,” Freetrader said. Freetrader underscored that the treatment of the BCHN project and other concerns will encourage himself and others to disregard the IFP and “not consider it as part of the May 2020 upgrade.”

On Sunday, BCH supporters have been discussing the IFP again on the Reddit forum r/btc. One post in particular talks about Bitcoin ABC not removing the IFP code from the upcoming 0.21.2 release on Github. “You can verify for yourselves – they are not removing the IFP ‘feature’ which no-one wants,” disclosed the Reddit user ‘lovelyday.’ “I actually think it is better leaving the code in instead of having a false sense of security while the code can still be run out there,” one person replied. The post is filled with debate and people’s opinions of the situation if IFP remains within the 0.21.2 codebase.

As the upgrade approaches, the IFP conversation will likely intensify. The Bitcoin Cash network upgrades every six months and the next consensus change is scheduled to activate on May 15, 2020. While the IFP discussions continue to unfold, our newsdesk will be there every step of the way to keep our readers informed.

Feel like you missed something with this story? Check out the prior articles about the Bitcoin Cash Infrastructure Funding Proposal (IFP) debate below.