Bitcoin (BTC) prices have been sliding sharply for the greater part of 72-hours.

This price drop started after a series of tweets and actions last week by Tesla CEO Elon Musk.

Prices shifted from the late $50ks to below $37,000, which is the first time this has happened in months. 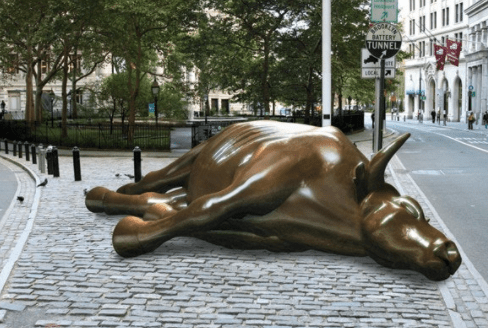 About eighteen hours ago, Bitcoin (BTC) prices also started taking a beating as they are dropping towards $30,000 and below.

While it may seem like the end of the cryptocurrency space, this has happened before and may happen again in the future.

Such sharp price movements are the reason why the term “Hold-on-for-dear-life” (HODL) was coined in the first place.

And, the cryptocurrency space will continue to face similar kinds of volatility in the future.

On May 12th, Elon’s Musks tweet about the energy consumption of Bitcoin has caused a major adjustment in Bitcoin buyers in America. Bitcoin isn’t quite as cool anymore. Until Musks statement most Crypto buyers really never thought about it, to say things have changed is an understatement.

While the markets were reeling from this, Elon Musk continued to try to play with the markets to his advantage via a Tweet that indicated his preference for Dogecoin.

Of course, the markets responded and DogeCoin also trended for the better part of the first half of this week.

While Elon Musk has his agenda with DogeCoin and other cryptocurrency projects, the reaction by conservative governments also came into play.

The cryptocurrency space got another kick in the guts yesterday as the Chinese Government bans the use of cryptocurrencies.

Three Chinese financial regulators said in a joint statement that:

“Virtual currency is a specific virtual commodity, not issued by the monetary authorities, does not have legal compensation and compulsory monetary attributes, is not the real currency, should not and cannot be used as currency in the market circulation”.

The statement also called for sanctions against erring members who encourage the use of cryptocurrencies.

The cryptocurrency markets since then have been tumbling.

While many of the new entrants into the cryptocurrency markets may be feeling some sort of fear, uncertainty, and doubt (FUD), the Chinese government has had a history of warning against technologies to create a Chinese variant of the same technology.

So far, all the moves by the Chinese Government point to one thing: a Chinese Digital Currency is in the works.

Then again, cryptocurrency markets have been going up without solid fundamentals backing them for the past two months.

The Cryptocurrency Markets Have Been Overheating

Ever since Elon Musk early on in the year pushed his electric vehicle company Tesla (NASDAQ: TSLA) to start accepting Bitcoin (BTC) as a payment option, the cryptocurrency space has been on an exponential run-up in prices.

Now, with a loss of more than 50% of its value, many people think this is the end of the world’s first cryptocurrency.

However, they didn’t factor into account the net effect of the said events (Elon Musk and the Chinese financial regulators).

So, while it is s major price correction as the cryptocurrency space now adjusts course on an even keel, the HODLers sit back and know that with Elon Musk and the Chinese Government leaving the scene, things will return to normal once again.

What’s Next For Bitcoin (BTC) Prices?

A price drop towards or below $30,000 is more than likely in the interim as the massive exit of funds from the cryptocurrency space continues.

We could also see several regulatory overtures in the interim closely resembling the Chinese stance continue.

But, institutional flows shall continue moving towards cryptocurrencies rather than away from them.

It is not the end but merely a bump in the ride.

We know cryptocurrencies to be volatile in the first place.

Prices will return, and the world will still accept cryptocurrencies one way or the other.

Even if Elon Musk isn’t a part of it!

And we know the Chinese will always find creative ways to beat the rules without breaking them!