Lately, much has been said about Bitcoin’s environmental impact. And while many people claim that cryptocurrencies are bad for the environment, not everyone agrees. For example, many of Bitcoin’s proponents point out that it can revolutionize the energy grid and soak up excess energy that would have been otherwise wasted. 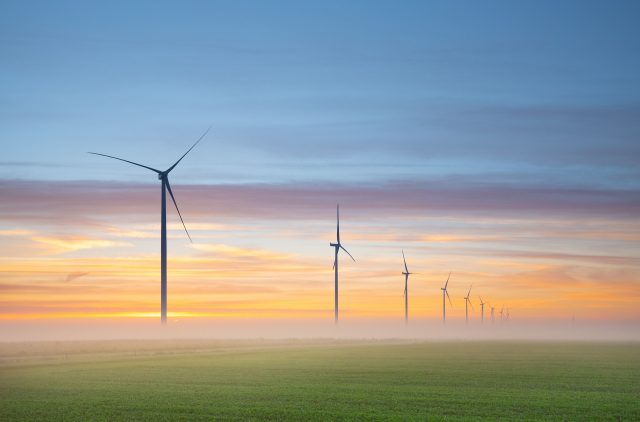 On the other hand, lobbyists from another camp have volleyed numerous arguments about the excessive power consumption of this digital asset. Some studies even estimate that Bitcoin uses more power globally per year than most countries, including the Philippines, Belgium, Finland, Kazakhstan, and Venezuela.

So, where lies the truth? Join us as we go through the latest evidence to find the answer to this question.

Contents hide
1 What Is Bitcoin Mining?
2 How Much Energy Does Bitcoin Use?
3 The Halving Event
4 The Price of Bitcoin
5 Use Renewable Energy Sources
5.1 Use Less Energy-intensive Consensus Mechanisms
5.2 Use More Efficient Mining Hardware
6 What Are Some of the Benefits of Bitcoin?
6.1 Decentralization
6.2 Immutability
6.3 Censorship Resistance
7 The Bottom Line

What Is Bitcoin Mining?

Bitcoin mining is the process by which new bitcoins are created. Miners verify and record transactions on the Bitcoin blockchain — the decentralized public ledger of all Bitcoin transactions. In return for their services, miners are rewarded with newly minted bitcoins and transaction fees.

How Much Energy Does Bitcoin Use?

Bitcoin’s exact energy consumption is unknown. However, the Cambridge Bitcoin Electricity Consumption Index (CBECI) estimates that the cryptocurrency uses around 88.87 terawatt-hours (TWh) of electricity per year.

To put this into perspective, this amount of power is enough to satisfy the total electricity needs of the entire University of Cambridge for 649 years or power all tea kettles used to boil water in the UK for 20 years. 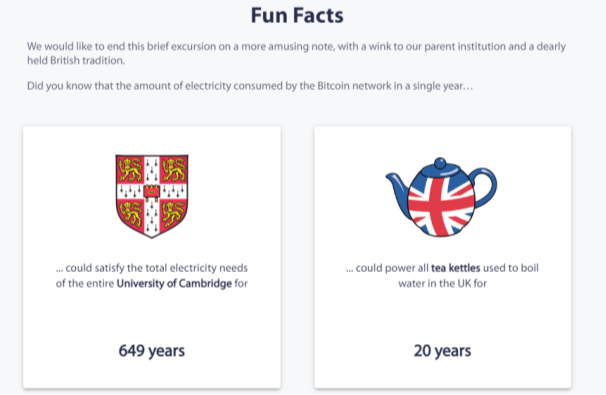 What Are Some of the Reasons Why Bitcoin Uses So Much Energy?

Bitcoin’s high energy consumption can be attributed to a few factors:

Bitcoin’s proof-of-work (PoW) consensus mechanism is one of the main reasons why this cryptocurrency uses so much energy.

PoW is a system that requires miners to solve complex mathematical problems in order to verify transactions and add new blocks to the blockchain. The difficulty of these problems increases as more miners join the network, which in turn requires more energy to solve them.

Another factor that contributes to Bitcoin’s high energy consumption is the halving event.

A halving event is a pre-programmed event that happens roughly every four years. It reduces the block reward (the amount of new bitcoins miners receive for verifying transactions and adding new blocks to the blockchain) by half.

This event not only reduces the incentive for miners to continue mining but also increases the difficulty of the PoW algorithm, which in turn requires more energy to solve. It’s one of the most significant reasons why many studies claim Bitcoin’s environmental damage is on par with beef, natural gas, and oil.

The Price of Bitcoin

As a result, more miners join the network, and the difficulty of the PoW algorithm increases, which in turn requires more energy to solve.

What Are Some of the Solutions to Bitcoin’s High Energy Consumption?

There are a few possible solutions to Bitcoin’s high energy consumption:

One solution is to use renewable energy sources such as solar and wind power to mine bitcoins. This move would reduce the carbon footprint of bitcoin mining and make it more sustainable in the long run.

Finally, it would be wise to convince more miners to use more efficient mining hardware such as ASICs (Application-Specific Integrated Circuits). ASICs are designed specifically for mining and are much more energy-efficient than regular CPUs and GPUs.

What Are Some of the Benefits of Bitcoin?

Despite its high energy consumption, there are a few benefits of Bitcoin:

Another positive aspect of Bitcoin is its immutability. Once a transaction is added to the blockchain, it cannot be changed or reversed. Thanks to it, Bitcoin is immune to fraud. It helps keep the network secure, albeit there’s still the possibility of social engineering or manipulation.

One of the most significant advantages of Bitcoin is its censorship resistance. Because Bitcoin is decentralized and not controlled by any single entity, it is resistant to censorship. It means that no one can prevent you from sending or receiving bitcoins.

Nonetheless, it’s worth noting that it is a double-edged sword. If you send your bitcoins to someone you trust and end up empty-handed, there is no authority you can turn to to get your assets back.

It goes without saying that Bitcoin brings a lot of changes to the world. And while some of these changes are more than welcome, others may not be so pleasant.

The reality is that Bitcoin and blockchain technology, in general, are revolutionary innovations. They are constantly transforming the way we operate in this world, and one of their most promising applications is the transformation of the energy sector.

From smart grids to solar power to electric cars, blockchain technology is set to change the way we generate, distribute, and consume energy. And it will do so more efficiently than ever before.

That said, it is essential to realize that cryptocurrencies are still in the adolescent stage. As such, they need to mature before they can truly become money.

As time passes by, cryptocurrencies will have to comply with the ever-changing demands of the global population. Although this process may prove difficult, it will also help them become more environmentally friendly solutions.

0Shares
BitcoincasperEnvironmentalMining
Previous PostWhat Is the Venus Protocol (XVS)?Next PostCrypto Scams: 6 Things to Watch Out for According to Experts