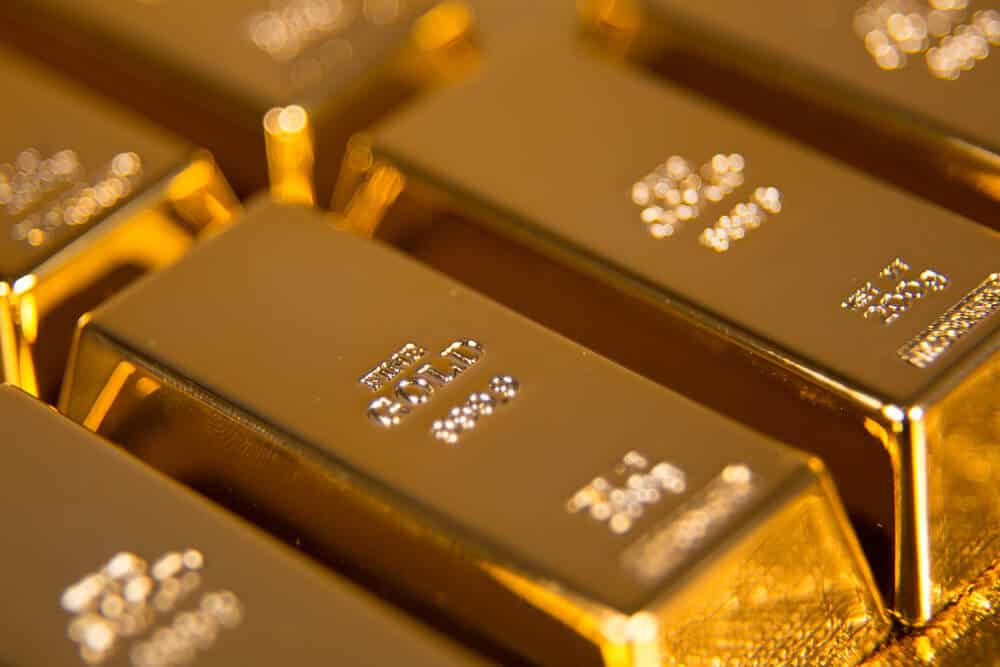 2019 has been an excellent year for gold. Bullion’s price has soared close to 15% year-to-date, marking the best year since 2010. There have been many reasons behind the yellow metal’s rise, and it looks like there is a lot of momentum left.

Round numbers tend to act as support and resistance for stocks and commodities alike. The $1500-$1550 area is a long-term resistance and gold price peaked at roughly $1557 in 2019. A decisive breakout above this level can send price soaring.

Over the last few years, gold has always rallied in the December-January period. The yellow metal is hardly a seasonal commodity but the trend since 2013 suggests gold always closes higher after a rally in December.

Could this year’s rally push gold past the key level? It certainly seems so, especially if you consider the fundamental reasons.

Trade war tensions between the U.S. and China have been the primary driver of gold’s price this year. The yellow metal is expected to tumble if the trade war ever comes to an end.

When President Trump announced a phase one trade deal with China, gold price stayed flat. It seems like the broader markets have realized that a trade deal will not be signed.

As I had warned earlier, there’s a strong likelihood that the phase one trade deal won’t ever be made official. There are already growing tensions between both the two countries regarding pivotal issues like the Hong Kong protest and China’s treatment of Uighur Muslims.

Moreover, the U.S. Presidential election is due in 2020. It’s the Chinese who are more likely to wait for the election in the hopes that President Trump doesn’t retake the White House before they finalize a long-term trade deal.

Gold thrives in an uncertain environment, and it can break through the $1500-$1550 range when the phase one trade deal officially falls through.

Weakening U.S. Economy is a Tailwind

The U.S. economy is, at best, standing on flimsy grounds. The manufacturing sector is weakening as durable-goods orders sank 2% in November.  In addition, consumer spending—which accounts for about 70% of the U.S. economy—is being driven by debt.

The Federal Reserve keeps making credit cheaper to blow air into the debt-fueled economic bubble, but it can’t last forever. Things will eventually take a turn for the worse in the form of a recession, which will be a tailwind for gold.

After the Islamic Summit concluded in Malaysia last week, Iran, Malaysia, Turkey and Qatar announced they are exploring trading in gold. This comes in the wake of hefty sanctions by the U.S. on Iran. Fearing future penalties, the Malaysian PM said,

I have suggested that we re-visit the idea of trading using the gold dinar and barter trade among us. We are seriously looking into this and we hope that we will be able to find a mechanism to put it into effect.

The dollar has been world’s reserve currency since 1944 but the number of countries ditching dollar is on the rise.

Gold, on the other hand, has been the de facto reserve currency for thousands of years. Its demand will only go up if the trend of ditching the dollar continues.

Hoarding is on the Rise

Russia is leading the trend in gold hoarding. Russian mining operations have gone up a gear this year. They mined 185 tons of gold from January to July in 2019. Compared to 2018, this is an increase of roughly 18%. Consequently, Russia’s total gold reserve is up to $548 billion.

Quite clearly, Russia seems to be moving away from the U.S. dollar, but it is not alone. Everyone from the super-rich to the central banks seems to be on a gold buying and hoarding spree.

Considering all the technical and fundamental reasons, gold price looks set to skyrocket in the years to come.