When Bitcoin was released in 2009, it didn’t take long for some people to realize that the technology behind it can be utilized by many industries. The simplest way to understand blockchain technology is that it is a system used to record information and transactions in a way that is extremely difficult or impossible to manipulate or hack. It’s basically a digital ledger that can’t be cheated.

Cryptocurrencies are powered by blockchain and this is why many consider this payment solution as one of the safest. The use of cryptocurrencies alone is now adapted by many industries including gambling and gaming. Today, anyone can easily find a Bitcoin casino where they can play real money games like slots and table games like blackjack, poker, and baccarat.

However, these days, the use of cryptos is no longer just about trading and gambling. The gaming industry is also becoming more open to the potential impact of blockchain in general. This is especially now that NFT games are starting to gain more popularity. 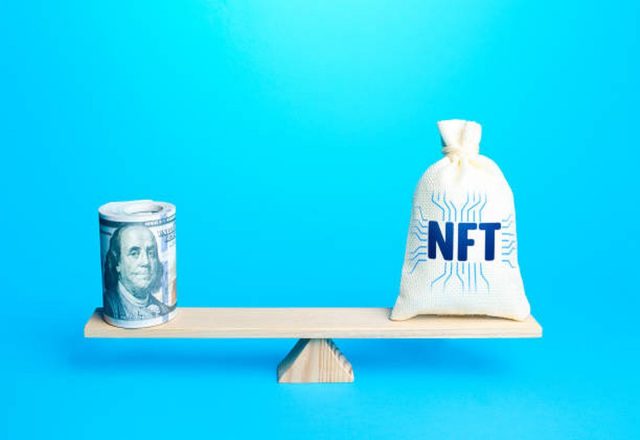 Games that are based on non-fungible tokens are starting to cause a stir in the gaming industry because many of these games have the play-to-earn (P2E) scheme. For the longest time, many gamers have been dreaming to earn money while enjoying a game. While they can try to be a gaming content creator on platforms like YouTube and Twitch, it doesn’t give them any guarantee of earning money.

This is why NFT games are more appealing. Players only have to literally play to earn digital assets or currencies that they can trade for real money. Now, this idea isn’t new, right. If you’re a gamer, you know that there are other gamers who have been earning money on farming game items on certain games to sell them to other players.

However, this is something that was not completely safe. Game developers would ban players if they are proven to have sold game items for real currencies. It made plenty of sense since it wasn’t a safe activity but now that blockchain is around, a safe environment can be created for this.

So far, gamers have mixed reactions when it comes to the involvement of blockchain in the gaming industry. Many still associate blockchain, cryptos, and NFTs with illegal activities, scams, and manipulative marketing. This is why the market is still hard to please at the moment. However, for people who are experienced in the use of blockchain and cryptos and the ones who have been playing on the best Bitcoin casino sites, they have an understanding that these could change the gaming industry for the better.

What Gaming Companies Think About This

Meanwhile, gaming companies seem to also share the same thoughts on digital assets but some of the biggest names in the industry have expressed their interest in it. Recently, French game developer Ubisoft has talked about their desire to invest and create a blockchain that they can use. Whether they are aiming to use it on their existing game titles like Assassin’s Creed and Far Cry is still unknown.

Ubisoft is one of the leading game developers right now that seems aggressive when it comes to involving blockchain in the company’s future. It is working with multiple blockchain-focused developers too like Animoca Brands, the makers of the popular NFT game The Sandbox.

Based on the company’s recent Q2 earnings call, the company is likely to release its own NFT games with a P2E scheme. Ubisoft chief finance officer, Frédérick Duguet, talked about blockchain and said:

With that, it seems like the company has already decided that blockchain will be involved in its future projects. Ubisoft is not alone when it comes to this as another game developer giant, EA Sports, have also expressed their interest in the field. EA is hiring experts in blockchain and NFTs to work with them and that could mean that the company is also looking into incorporating the blockchain into its future.

While it seems like gaming companies are already starting to acknowledge the potential that blockchain tech has, Valve seems to feel different about it. Recently, Valve has announced that it is banning blockchain and NFT games on their Steam market. According to them, they believe that NFTs have no intrinsic value. However, Valve is now being called out by NFT developers and is being asked to reverse the ban. Valve hasn’t commented about this yet.