Since Bitcoin creation, the wonderful world of the virtual and decentralized coin has hatched with over a thousand alternatives to the original. The term Altcoin was, therefore, coined in an obvious game of words.

This concept was created to give a name to all those cryptocurrencies based on others. Altcoins share a similar code as of Bitcoins, however, in order to meet their needs – creating faster transactions, change the mining difficulty, etc – they modify different code segments.

The first Altcoin to appear was the Namecoin. It was introduced in 2011 and, for a short period of time, it was the only alternative to Bitcoin. It was born with the purpose of improving internet security and privacy.

It also introduced the concept of merged mining, where miners can mine for more than one blockchain simultaneously. Before, they could only dedicate their resources to just one project.

Two years later, NameID was launched. With NameID it was possible to associate identities with profile information on the Namecoin blockchain. Additionally, OpenID would provide its authentication protocol to allow logging in with Namecoin identities into existing websites.

Namecoin is based on the same Bitcoin code with some slight modifications and utilizes the same distribution algorithm SHA-256. It is limited to 21 million units and you can divide them up to eight decimals.

The Extra Value of Namecoin

Unlike Bitcoin, the first Altcoin-Namecoin can store data inside its own blockchain. The original proposal for Namecoin asked for a decentralized DNS system that would use Bitcoin’s database directly.

Anticipating scalability issues, it was decided to create a new digital coin completely apart from Bitcoin, but one in which Bitcoin miners could help to its security without having to spend extra resources.

Furthermore, Namecoin has an identity system allowing people to use blockchain to store identity information. This could be either a person’s information and email address or could be a website’s identity. The latter example is probably the most popular use of Namecoin.

It’s possible to say that Bitcoin frees money, while Namecoin frees DNS, identities, and other technologies.

The no-censorship register of .bit domains it’s Namecoin’s main feature. It has a similar functionality to.com domains, but it is completely alternative and independent from the ICANN, the institution in charge of managing the DNS process.

Any website using the decentralized Namecoin’s DNS will have a website address ending in .bit just as other websites whose domain names end at .com or .io. Anyone can buy a .bit website address from the Namecoin’s wallet simply and at a low price.

The following are proposed potential uses for Namecoin besides the DNS register.

Every Altcoin starts from the basic Bitcoin premise but adopting slightly different variations to try to differentiate themselves in front of miners and investors. Most alternative cryptocurrencies, like Bitcoins, utilizes blockchain technology. However, some may have a different code design for specific uses unrelated to Bitcoin.

A study from 2015 found that only 28 domain names registered on Namecoin were in use of the 120,000 existing registrations. 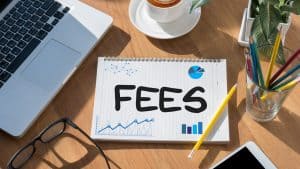