In the Crypto world, ‘Bitcoin’ is definitely the Boss. KuCoin cryptocurrency exchange considers Bitcoin to be the ‘Usain Bolt’ of crypto-currencies. Since its inception in 2008, the price of a single Bitcoin has risen dramatically. Despite significant ups and downs along the way, it reached an all-time high of over $65,000 in October 2021.

Of course, the volatility is quite huge; nonetheless, investors are still interested in Bitcoin because of its strong track record of producing and preserving value.

In terms of comparison, a stock has value because it represents a portion of a company’s ownership. A bond has value because it reflects the value of a debt that will be repaid at maturity. However, it seems too early to quantify the value created by a decentralized, digital currency with such a short history. The KuCoin Exchange is one of the best cryptocurrency exchanges, giving you exciting deals and offers on trading with Bitcoin. So, let’s take a look!

KuCoin’s Take on Bitcoin: The Goliath of Cryptocurrencies

In the 17th century, the concept of a currency’s worth began to shift. “Money—currency issued by a government or monarch—is not the value for which products are exchanged, but the value by which they are exchanged,” according to prominent Scottish economist John Law.

In other words, a currency’s worth is a measure of two critical things – its demand and its ability to encourage trade and business both within and outside of an economy. KuCoin crypto exchange and many others would agree that: Bitcoin is an Asset and has a Great Store Value 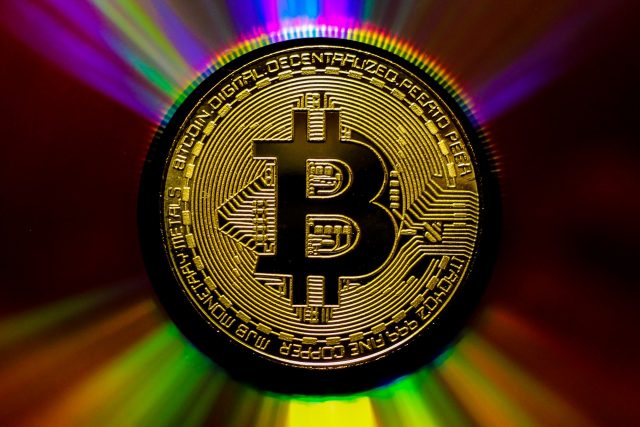 Bitcoin, like gold, has limited utility with most industrial applications. The underlying technology of Bitcoin, known as the blockchain, is being tested and deployed as an effective payment mechanism. One of its most effective uses is in cross-border remittances to increase speed and reduce costs. Some countries, such as El Salvador believe that Bitcoin’s technology will advance sufficiently to make it a viable medium for daily transactions.

When that happens, the economics of the cryptocurrency will assure that it is ready. When compared to traditional fiat currency units, one bitcoin has a substantially higher divisibility factor. Satoshis are component units that can be divided up to eight decimal places. A fiat currency, such as the US dollar, is usually equal to one-hundredth of a unit.

If the price of Bitcoin rises over time, consumers even with a fraction of a single bitcoin will still be able to participate in transactions on a crypto exchange. Therefore, this and the creation of side channels (Lightning Network) also increase the value of the Bitcoin economy.

Bitcoin on the KuCoin Exchange KuCoin

cryptocurrency exchange as a ‘People’s Ecosystem’ is well aware of the speculations surrounding Bitcoin. Therefore, they provide exciting and real-world use cases that give you the flexibility to buy and sell BTC as and when needed.

Users can buy KCS, KuCoin Exchange’s native token with Bitcoin, and take advantage of its benefits. Here’s how it’s done:

● Create an account on a KCS-supporting exchange: Keep in mind that most exchanges demand an email address, phone number, and proof of ID to register.

● Make a deposit into the account: Fund the account with a bank transfer, pay with a credit or debit card, or deposit bitcoin from a cryptocurrency wallet.

KuCoin crypto exchange offers competitive rates on BTC. KuCoin’s withdrawal fees are among the lowest in the cryptocurrency industry, and millions of users use the exchange as a result. When customers withdraw BTC from KuCoin, they will be charged a fee of 0.0005 BTC, which is somewhat less than the current global industry average of 0.00064 BTC.

To commemorate its fourth birthday, KuCoin exchange also launched the Crypto Black Friday. It was created to further promote and popularise cryptocurrency in an innovative and beneficial manner. To encourage maximum participation special discounts, allowances, and sale/pre-sale offers were offered, especially on Bitcoin.

No wonder, Bitcoin seems to have a bright future in the years to come. Its value is only expected to increase. The KuCoin exchange wishes to empower everyone to capitalize on the opportunities that Bitcoin presents. Therefore, they offer some of the most advanced features and amazing rates while trading. Additionally, the Kucoin crypto exchange also has several security mechanisms in place that guarantees a user’s peace of mind.

When investors and traders trade with KuCoin exchange, they can be certain that their cryptocurrency, such as Bitcoin, is always secure. KuCoin recently partnered with Blockwiz, a global crypto marketing agency that provides integrated cryptocurrency marketing solutions across crypto influencers, PR, SEO, and social media; in an effort to strengthen online communities and meet their business objectives. So, are you willing to securely grow your crypto assets? Feel free to check the KuCoin exchange community on Reddit, Instagram, and other social channels for more information!