Western Digital made a number of announcements yesterday related to their enterprise hard-disk drives (HDD) product lines. While there was nothing unexpected in terms of the products being announced, two aspects stood out – one was the retail availability of EAMR (energy-assisted magnetic recording) HDDs, and the other was additional information on the EAMR technology itself. In 2019, WD had announced the sampling of EAMR-based Ultrastar DC datacenter HDDs with 18TB and 20TB capacities. Yesterday’s announcements build upon those products – the WD Gold-branded version of the Ultrastar DC CMR drives is now available for retail purchase, and the Ultrastar drives themselves have moved to general availability. The Ultrastar JBOD and storage server product lines have also been updated to utilize these new high-capacity drives.

Flash-based storage devices have taken over traditional consumer hard-drive application areas. However, increasing data storage requirements mean that HDDs still continue to be the most cost-effective solution for bulk storage. HDD vendors have been working on increasing hard drive capacities using multiple techniques. Around 10 years back, we had 2TB 3.5″ HDDs with five PMR (perpendicular magnetic recording) platters in an air-filled enclosure. These drives were CMR (conventional magnetic recording) drives. In the last decade, we have seen advancements in three different categories that have enabled a 10-fold increase in the capacity of HDDs while retaining the same physical footprint:

Increasing the number of platters / making the platters thinner has been made possible by using sealed helium-filled enclosures. The reduced turbulence enables platters to be stacked closer to each other. The first-generation helium HDDs had 7 platters, and this has now grown to 9 platters for the new high-capacity drives.

The size of the writing head and the flexibility with which it can be manipulated dictate the minimum width of the recording tracks on the platters. Western Digital is claiming that they are the first to use a triple-stage actuator (TSA) in shipping HDDs.

The enhanced precision with TSA allows the TPI factor to go up. Incidentally, Seagate also has a novel actuator scheme (dual actuator), though that is aimed at increasing the throughput / IOPS.

While details were scant when EAMR was announced , WD is finally opening up on some of the technical aspects. 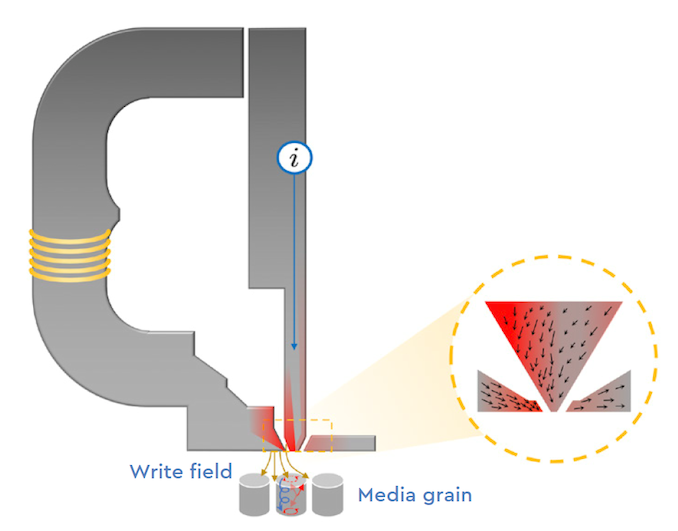 WD’s first-generation EAMR technology (christened as ePMR) involves the application of electrical current to the writing head’s main pole (this is in addition to the current sent through the voice coil) during write operations. The additional magnetic field created by this bias current ensures that the bits on the track alter their state in a more deterministic manner. In turn, this allows the bits to be packed closer together and increasing the areal density.

The above techniques can also be used with shingled magnetic recording (SMR) to boost areal density further. SMR has been around in both host-managed and drive-managed versions for a few years now. WD indicated in yesterday’s announcement that qualification shipments of their 20TB Ultrastar DC host-managed SMR drive are in progress. 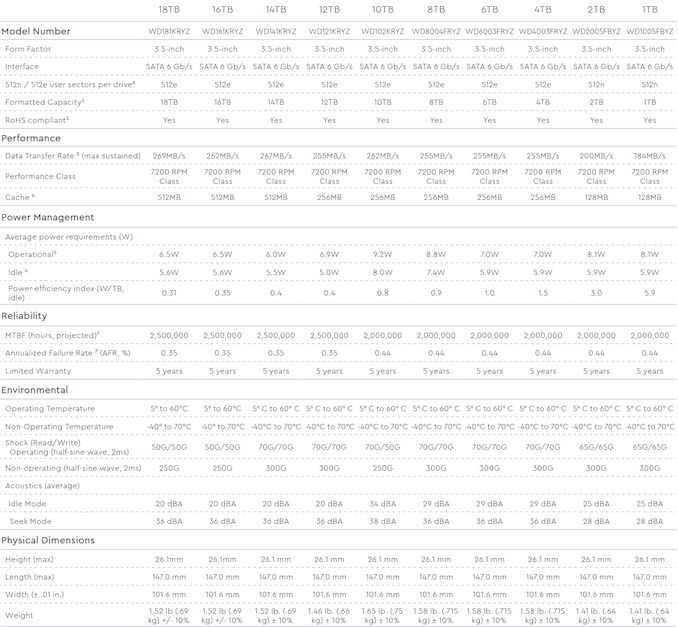 The WD Gold 18TB is available for purchase today and will set you back by $593. The 16TB version is priced at $528, but is currently out of stock. As is typical for enterprise drives, the two new models each have a MTBF of 2.5M hours, workload rating of 550TB/yr, and a 5 year warranty.

Dogecoin (DOGE) $ 0.065907
We use cookies to personalise content and ads, to provide social media features and to analyse our traffic. We also share information about your use of our site with our social media, advertising and analytics partners who may combine it with other information that you’ve provided to them or that they’ve collected from your use of their services.
Accept
Read more
Change Settings
Cookie Box Settings
Cookie Box Settings