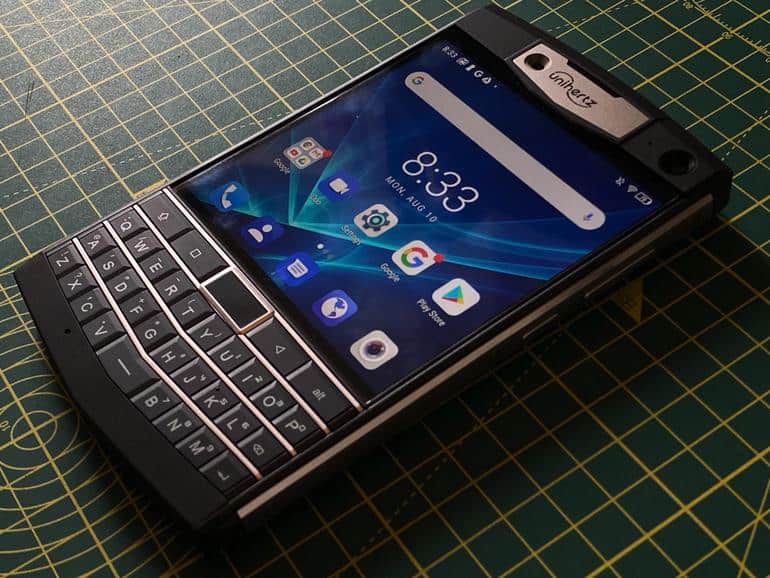 Do you loathe on-screen keyboards and miss the day when you could buy a smartphone with a physical keyboard? Do you want a rugged phone that you can use outdoors with gloves?

The Unihertz Titan may be the Android smartphone for you. A rugged device with a look that is strongly reminiscent of the Blackberry Passport or Nokia E71/72.

Let’s get a first impressions on this tank.

Must read: This Apple product used to be terrible, but I now highly recommend it

From a physical point of view, the Titan is a true Titan. It’s a huge slab of rubber, metal, and glass. The thing is huge, dwarfing even the big iPhone 11 Pro Max, with the construction held together using screws. It’ll be familiar to anyone using the new style of ruggedized smartphones, such as those from Doogee or Blackview.

On the hardware side of things, the Titan is also quite impressive.

I’ve been using this handset now for a week and I have to say that I like it.

Yes, the keyboard took a bit of getting used to — partly because I’ve been using on-screen keyboards for years, partly because it’s big and chunky, and partly because it is QWERTY but doesn’t have numbers on the screen. For this, it uses a pre-installed customized version of the Kika keyboard, which has a bit of a patchy history.

There’s also no obvious way to turn off the keyboard backlighting, with is a minor niggle.

The battery is a monster 6,000mAh unit and gives me a few days of runtime without much worry, and the combination of USB-C and wireless charging gives me flexibility.

The cameras are acceptable. I’m spoilt by being an iPhone 11 Pro Max user, but the array on the Titan output perfectly acceptable captures.

The accessories bundled with the Titan were mediocre. The usual fayre of cheap earphones, a cheap charger, and a USB-A-to-USB-C cable. What was nice is that it came with a spare screen protector. one was factory fitted, with is a nice idea, but I find it almost impossible to peel the protective layer off without peeling the whole screen protector off.

The Titan has dual-SIM support, but if you want to use a microSD card for storage, then you lose one of the SIM slots.

As far as durability goes, I’ve no concerns here. I’ve taken it outdoors, dropped it, got it wet, and it still works like new.

With a recommended price of $339.99, the Unihertz Titan is a decent bundle. Sure, it’s a bit big for most people to use as a daily driver — unless they have big hands and pockets — but for people who work in harsh environments, or who wear protective gloves, the Titan is a compelling choice.

I wish that the Titan came with an upgrade to Android 10, and a way to replace the Kika keyboard with something with a less sketchy history. But despite this, the Titan is a great choice for people who need a rugged Android smartphone that will take endless abuse and still work.