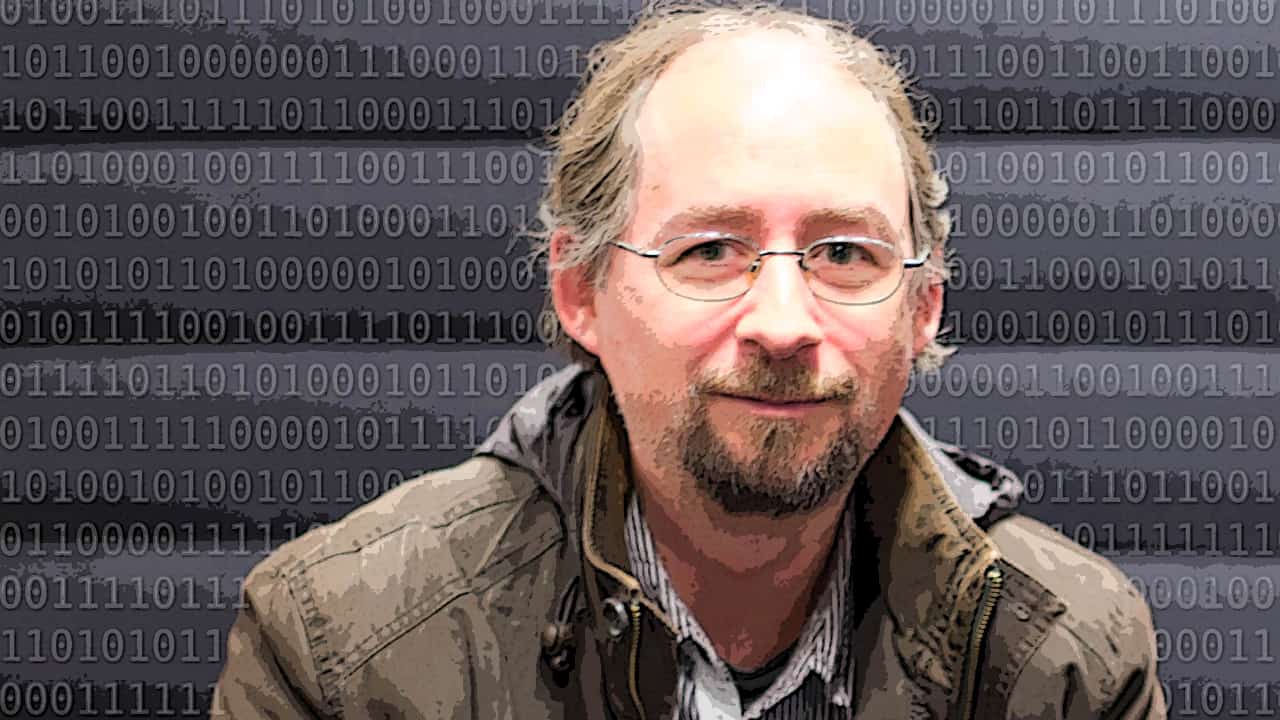 During the last year, news.Bitcoin.com created a series that shows the many facts that point to certain individuals who might just be Satoshi Nakamoto and it’s been a popular run so far. Our series has covered nearly everyone, but there are still a few individuals that haven’t been covered. On May 11, 2020, the popular Youtube channel “Barely Social” published a video called “Unmasking Satoshi Nakamoto,” which claims that Blockstream CEO Adam Back could be Bitcoin’s mysterious inventor.

Contents hide
1 New Video Points to Adam Back Being Bitcoin’s Inventor
2 Theymos, Censorship, the Scaling Debate, and Gavin Andresen
2.1 Tags in this story

New Video Points to Adam Back Being Bitcoin’s Inventor

In mid-May, the Youtube channel “Barely Social,” a popular creator of analysis videos for “odd corners of the internet,” published a new video called “Unmasking Satoshi Nakamoto.” The video creator has 391,000 subscribers and the Unmasking Satoshi video has been watched over 290,000 times to-date. The video was also posted to the top three crypto-related Reddit forums r/cryptocurrency, r/bitcoin, and r/btc. Barely Social’s film was immediately removed from the r/bitcoin forum, it was discussed in r/cryptocurrency but downvoted heavily, and it was flagged for vote-brigading on the forum r/btc. The video explains the massive disconnect between two large factions of big block supporters and small block supporters, and how they went certain bitcoin community members separate ways. It also leverages circumstantial evidence that illustrates how Adam Back, the Blockstream CEO could possibly be Satoshi Nakamoto.

It all started well before the Bitcoin white paper was published on Halloween 2008, as Adam Back described the technology on various occasions and as early as 1998. However, prior to the release of the cryptocurrency and white paper, Back seemingly removed himself from the public eye during the Satoshi’s development period between 2009 and 2010. Coincidently after Satoshi left, Back appeared on the bitcointalk.org forum acting as though he’s been around for quite some time, explains the Barely Social video.

Barely Social’s film also had a number of other forms of circumstantial evidence that point to Back possibly being the creator of cryptocurrency. For years, during the early days, many people assumed that Back ignored Bitcoin for a while, and then joined the community with great fervor toward the technology. Back’s first posts and replies to other bitcoiners on the bitcointalk.org forum shows his technical understanding of the blockchain was more advanced than most. Barely Social also highlights that when Back joined the community after Satoshi left, he was bossing people around like he had always been around.

Additionally, the video compares Satoshi’s writing style with Back’s style, as they both double space and spell their words in a British fashion. Barely Social also mentions the 2015 email that allegedly stemmed from Satoshi, which has also never been disputed. Further, the video’s narrator talks about how Adam Back has told people that Satoshi has written to him, but unlike Mike Hearn, Back has never shared these corresponding emails.

Barley Social’s film also delves deep into the 2015-2017 manipulation and propaganda that stemmed from the block size debate. Within this section of the video, it shows how the r/bitcoin owner, “Theymos,” censored thousands of people and thousands of posts and still does to this day. Theymos operates r/bitcoin, bitcointalk.org, the bitcoin wiki page, and also he also has some control over bitcoin.org too with an anonymous individual called “Cobra Bitcoin.” Barley Social’s video shows evidence that Back and other members of the company Blockstream were complicit with Theymos and his censorship techniques.

The video further discusses Gavin Andresen’s role when Satoshi handed the project over to the former lead developer. Barley Social’s video details how Andresen fought against the control specific Bitcoin Core developers had over the project and Blockstream’s influence. The video showed little bias and explained that both sides of the argument sought control. Barely Social also published a debate between Andresen and core developers, and Adam Back joined in during the discussion. Other prominent members of the discussion included Rusty Russell, Greg Maxwell, Theymos, and many other Bitcoin Core developers.

When Back appeared in the discussion, he was anti-hard fork from the beginning, and said the Bitcoin community needs “to foster collaboration and consensus to reduce the risks.” Barley Social assumes that a lot of developers know that Back is Satoshi, and that its possible a number of people have signed a non-disclosure agreement (NDA). The video also says that even though Andresen named Craig Wright as Satoshi Nakamoto in May 2016, it was done to be purposely misleading.

The film shows that Back’s company Blockstream purposely stopped onchain scaling, so the company could provide relief to the community with the Liquid sidechain project. Essentially, the belief is the firm suppressed onchain scaling and hard forks, in order to claim revenue from transaction fees. This is probably why the Bitcoin Cash community and r/btc forum disliked Barely Social’s theory, because they consider Back and Blockstream enemies of Bitcoin.

The r/bitcoin censorship probably stemmed from the fact that the video does expose the mass censorship that’s been plaguing that subreddit for years. Adam Back also denies being Satoshi Nakamoto and has recently rejected the theory publicly. Back told the publication Decrypt that he wasn’t Satoshi and said: “Just that people speculate, but I’m not Satoshi. To cut short Google searches and digging.” Back also spoke up on Twitter and stated:

Some claim to be Satoshi, days google research blogging stories, and in court, to widespread non-belief. Seems I need the opposite: I am not Satoshi despite [the] recent video / Reddit claiming so. Some factors & timing may look suspicious in hindsight; coincidence & facts are untidy.

Of course, Barely Social says during the beginning of the film that Back can always leverage plausible deniability. There was also a recent Youtube video, which has the crypto pundit, Tone Vays, doing a rebuttal against Barely Social’s video. Even though Barely Social was there in the live stream chat, he wasn’t allowed to debate Vay’s criticism, which was filled with insults, and common logical fallacies.

The Blockstream CEO and Barely Social have also debated the subject on Twitter at great length. Following the video and coincidentally, there’s also been a number of spends and messages on the BTC blockchain that stem from early addresses from 2009 and 2010. One 50 BTC block from February 2009, one month after the Bitcoin network was launched, was just spent and sent to another address.

What do you think about Barely Social’s video which claims Adam Back may be Satoshi Nakamoto? Let us know in the comments below. 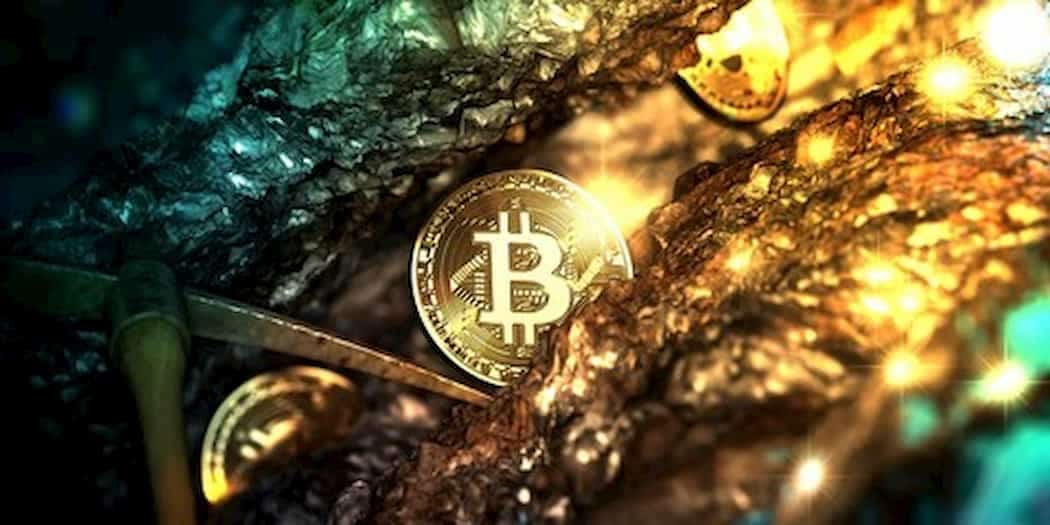