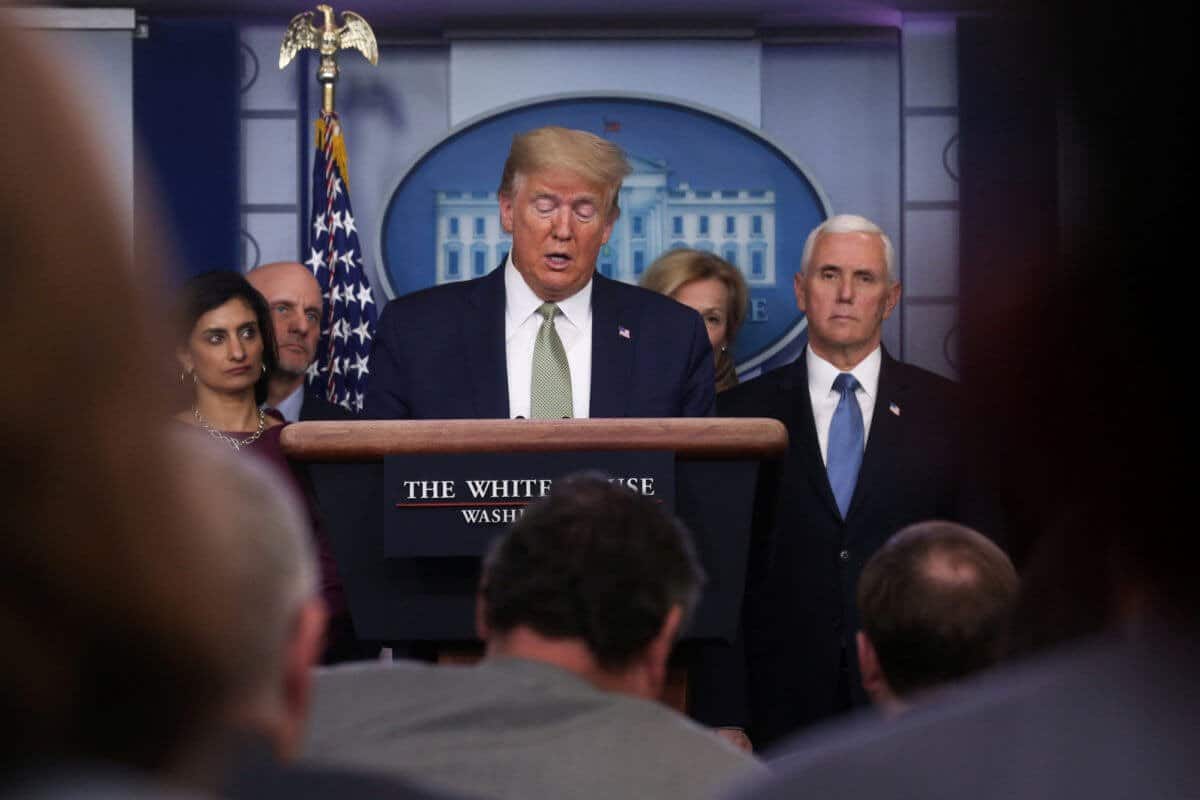 The most widely-circulated ostensibly reputable news outlets in the U.S. suggest COVID-19 is the worst threat since the Civil War. The Washington Post issued dire warnings that coronavirus could infect a hundred million, and that 2.2 million Americans could die.

In the face of so potentially great a threat, it’s crucial that Americans get timely information that they can trust from the news media. But two critical failures of American journalism in its current state made that impossible, adding chaos to crisis.

One of these is American journalism’s unrepentant commitment to skew reporting toward partisan activism. The other is the persistence of human negativity bias incentivizing newsrooms to bias their coverage toward alarmism. The result is misleading news and a distorted perception of potential threats.

Or as Harvard professor of psychology Steven Pinker puts it:

Journalism has a built-in bias toward the negative, because bad things are sudden and newsworthy (a shooting rampage, a war, an epidemic), while good things are gradual and boring (a crime decline, a spreading peace, a longevity rise).

This may have resulted in an exaggerated media response to coronavirus. And a bias toward emphasizing the most sensational and dire projections of its potential impact. This led the media to widely report a 3.4% “death rate” from coronavirus infection.

While emphasizing the catastrophic possibilities of this death rate should millions become infected, journalists frequently overlooked contextualizing information that would have made this 3.4% figure less sensational.

These important qualifications include:

As a result, the widely reported, very alarming death rate was very misleading.

Moreover, Dr. John Ioannidis, a leading epidemiologist and statistician, says the real death rate could be as low as 0.05%.

It cannot escape notice that news outlets, which are mostly commercial enterprises supported by advertising, enjoy greater circulation and higher ratings when they give into negativity bias. While this profit motive is understandable if not excusable, the inflammatory partisanship of our news institutions is downright perverse.

When something like the coronavirus pandemic happens, Americans should be able to trust news institutions. But they can’t because news coverage is complicated by the media’s unrestrained animus toward Donald Trump. That’s rampant, industry-wide malpractice, a dangerous disservice to the American people.

In May 2019, the RAND Corporation published the results of its second report based on researched into “Truth Decay.” The conclusion? U.S. journalism has become more subjective and opinion-based. And left-of-center journalists are vastly over-represented in writing this increasingly subjective “news.” They also live in a bubble.

By 2016, more than half of news employees worked in counties that Hillary Clinton won by 30% or more.

Since before Donald Trump became president, the mainstream media has conspicuously worked not to inform, but inflame.

That’s why Americans’ trust in media dropped to a record low of 32% when Trump got elected in 2016. Trust hovered at historic lows throughout his presidency. In the 1980s, 65% of Americans trusted the press.

The understandable reticence of a majority of Americans to trust the news media added chaos to the crisis. It made a prudent, fact-based public response to coronavirus all but impossible.

Try untangling a public policy response from the web of electioneering and partisan deception that have helped create hyper-partisan, post-truth America.

Even White House task force leader Dr. Anthony Fauci has had to plead with the mainstream media to stop “pitting” him against Trump. He says it’s a false narrative.

Given the intensity of anti-Trump media bias, Americans can’t help but wonder if the press is aiming for the best public response to coronavirus and harm-mitigation– or its seemingly singular obsession, undermining Donald Trump’s reelection chances.

That is unacceptable. American journalism is long overdue for a major self check.

0Shares
Previous PostWhat is the Difference between Altcoin and Bitcoin?Next PostThe first 'Half-Life: Alyx' update makes it easier to turn