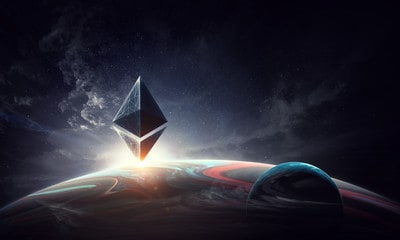 If you have been in the crypto world for some time now, you must know a big deal about Ethereum and its blockchain.

So, if we are talking about some big cryptos that have been built on the Ethereum blockchain, we will definitely be mentioning quite a handful of them.

In this post, we will show you some of the biggest cryptocurrencies on Ethereum. You definitely will be surprised with a couple of them – you probably won’t believe they run on the Ethereum blockchain. So, let’s get into it!

The Ethereum blockchain uses smart contracts to help you manage your money safely and securely. These smart contracts are like virtual vending machines that don’t have any physical location and can’t be accessed by anyone unless you give them permission. Plus, they’re decentralized, so no one person can control them!

You can use these smart contracts for everything from buying pizza to making a bet on who will win the World Cup. Many applications and cryptocurrencies have been built on the blockchain, with many of them presently making waves in the cryptocurrency market. Let’s take a look at some of them.

Ether (ETH) is the native currency of the Ethereum network. It’s what you need to deploy smart contracts and run applications on Ethereum. The cryptocurrency was created by Vitalik Buterin in 2015, and it has since become one of the most popular cryptocurrencies in the world.

The total supply of ether is 97,307,552 so far (after they’ve been mined). There are no plans for additional issuance after this point. This means there will only ever be 21 million ETH.

The price of ETH can be volatile, which means that it fluctuates rapidly over time. However, it has consistently remained one of the most valuable cryptocurrencies available on the market today. 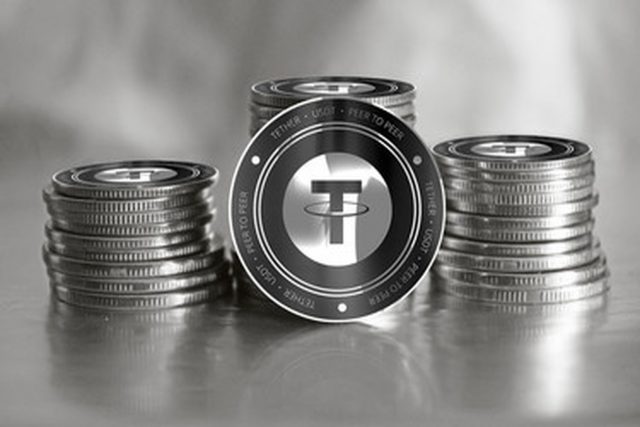 Tether (USDT) is one of the most popular cryptocurrencies on the Ethereum blockchain, with a market cap of over $2 billion. Tether is a stablecoin that’s pegged to the value of the US dollar, meaning that every Tether coin is worth $1 USD.

This means that no matter what happens to the price of Tether, you can always get your money back if you hold it.

Chainlink (LINK) is a cryptocurrency that is built on the Ethereum blockchain. It is also known as an oracle and allows smart contracts to connect with external data providers for a more secure and reliable connection.

The LINK token is used for governance within the platform and is required for fees associated with transactions on the network. The LINK token has seen significant growth since its launch, currently trading at $7.30 USD.

Dai (DAI) is a cryptocurrency token on the Ethereum blockchain. It aims to be a stablecoin, meaning it is designed to have a value that is not affected by market fluctuations. Dai was developed as part of MakerDAO, which is an organization aiming to develop decentralized financial services powered by the Ethereum blockchain and smart contracts.

The Dai system consists of two parts: Collateralized Debt Positions (CDPs) and MKR. MKR tokens are used to pay transaction fees on the network and incentivize people who keep its stability through their actions as validators or “stakers” in the system.

CDPs are smart contracts that allow users to deposit collateral into them in order for them to access DAI tokens at a later time with an interest rate determined by an algorithmic formula called Target Rate Feedback Mechanism (TRFM).

Uniswap, or UNI, is one of the most popular cryptocurrencies on the Ethereum blockchain. Uniswap was created to provide a decentralized exchange for ERC20 tokens and pairs.

It uses a smart contract system to allow users to exchange tokens without using an intermediary, which makes it much cheaper than traditional exchanges like Coinbase and Binance.

Uniswap users can trade with each other directly using smart contracts and can even use the platform’s automatic trading function. The token is currently trading at $6.7 USD and has a market cap of $5.25 Billion as of October 2022.

OmiseGO is a cryptocurrency that was launched in 2017. It is an ERC20 token and has a market cap of $235 million. OmiseGO is based on the Ethereum blockchain, which means it shares the same smart contract capabilities as other ERC20 tokens. It also uses Proof-of-Stake consensus, which means its users can earn rewards for holding the currency.

The goal of OmiseGO is to improve financial services with a decentralized exchange, payment service, and asset-backed blockchain gateway system. 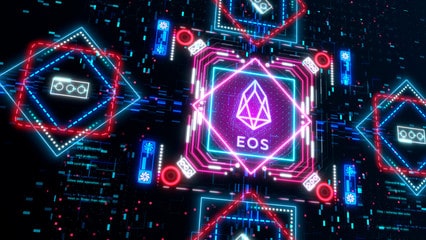 EOS is a blockchain-based decentralized operating system that provides services similar to those provided by a computer OS. The system provides databases, account permissions, scheduling, authentication, and communication between applications running on different servers.

EOS processes thousands of transactions per second as opposed to Ethereum’s 15 tps. This allows developers to create more complex applications than would be possible on Ethereum alone.

An example of this is how you can send EOS tokens to another user but not receive them until they meet certain conditions, like holding their private keys in cold storage (offline).

Final Note on the Ethereum Blockchain and Popular Cryptos on It

The blockchain of Ethereum is an open-source platform that allows you to create applications without interference from any third party. These applications are called dApps, decentralized apps.

The main advantage of this platform is that it can be used for development by anyone who wants to create their own cryptocurrency or application based on smart contracts (this will be discussed later).

Currently, there are over 200 different cryptocurrencies on the blockchain of Ethereum, and they all work in a similar way to Bitcoin. They use the Proof-of-Work consensus algorithm and have their own blockchain.

If you are thinking about which of these cryptos is worth investing in, you will need to carefully consider their unique features. Each currency has its own unique features. Some offer faster transaction speeds, while others provide additional privacy features or scalability solutions like sharding etc.

Finally, we hope that this article has helped you to understand the different cryptocurrencies on Ethereum. As always, if you have any questions or comments, please feel free to reach out!