If your gaming PC is in desperate need of a GPU upgrade and you want to save as much money as possible, strap yourself in, this is the guide for you. For the past weeks we’ve been gathering data for about 80 AMD and Nvidia graphics cards. We’ve tested them all in 3 representative games using 2 quality presets each, and for the sake of our sanity, limited testing to 1080p performance.

It’s not our first rodeo, and because we’ve been doing this for a few years, we can confidently call this the ultimate second-hand graphics card buying guide. Our hope is to better equip you to snag a great value deal on a used graphics card. This feature also happens to be quite timely this year with many of you trying to save money, while trying to keep youselves entertained indoors at the same time. 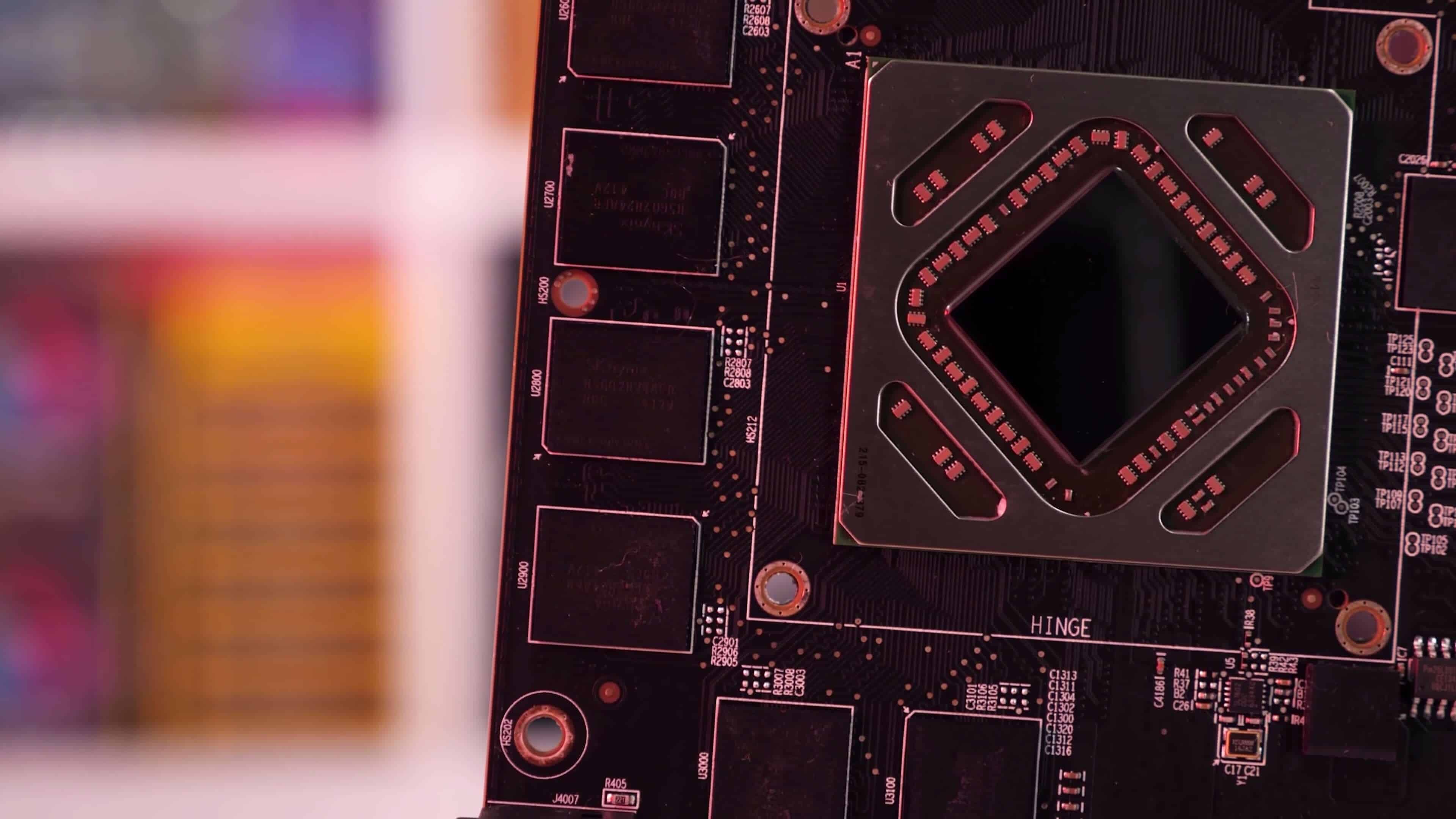 For the last two installments we tested with 3 games at 1080p using medium quality settings. We’ll repeat that process, but in addition we’ll also provide some high quality preset results. The bulk of the analysis will still rely on the medium quality data, as we’re more focused on previous generation GPUs.

Moreover, the current generation of GPUs are constantly benchmarked across the web in all the latest games — including our own benchmarks — so finding that data is easier and more readily available. In fact, if you want to buy a new graphics card, we have an up-to-date dedicated guide for that here.

Our focus today instead is in the harder to find comparisons. For example, how the GeForce 900 and 10 series perform relative to Radeon 200, 300 and 500 series GPUs, and then to get the full picture we’ve included all the newer GPUs for reference.

In choosing the right games we tried to avoid testing titles such as Doom Eternal, which can run poorly on older hardware due to a lack of driver optimization… optimization which hopefully will eventually arrive with future driver updates. We’re also sticking to DirectX 11 as this API is better supported by older GeForce GPUs. Finally, we chose to test using Battlefield V, Ghost Recon Breakpoint and F1 2019.

We’re using our standard GPU test system featuring a Core i9-9900K overclocked to 5 GHz with 16GB of DDR4-3400 memory. That will ensure no GPU related bottlenecks are observed. Let’s get started.

For all of the analysis we’re looking at the 3 game average data. Anything that can’t deliver an average of at least 40 fps under these test conditions, we immediately deem not worthy of your attention or money.

Looking at the Nvidia GPUs, that means from the GTX 760 down we’ll be dropping 11 of the GeForce GPUs. While some of the GeForce GTX 600 series did make the cut, we’d be cautious of buying any graphics card with just 2GB of VRAM in 2020. 4GB is the bare minimum now, so keep that in mind as we move forward.

The older Radeon GPUs seem to fare a bit better with products such as the HD 7870 making the cut despite only packing 2GB of VRAM — though again we’d avoid that unless your intention is to play titles such as Rocket League, CS:GO and Fortnite with competitive settings. Grabbing something like the Radeon R9 380X or R9 290 with 4GB of VRAM, for example, would be the wiser move. As for the more modern Radeon GPUs, anything above the RX 470/570 still has plenty of fight left in it.

On the AMD Radeon front, jumping to the high quality settings sees everything below the R9 380X unable to exceed 40 fps on average, and for these settings you’ll ideally want a Radeon R9 290/390, or better. The Radeon RX 570 is a great option here and it’s available with either a 4GB or 8GB memory buffer. We tested the 4GB version which did fine with this game selection, but newer games will require you to tweak the texture quality settings if you have less memory at your disposal.

In total, 43 graphics cards made the cut. The margins seen in the graphs between the various AMD and Nvidia GPUs are what you’ll typically find across a widespread of games, but again there are some newer titles that punish some of these older GPUs and we’ll get to that in a moment, for now let’s move onto the cost analysis.

Contents hide
1 Cost Per Frame
2 Winners: From least to most expensive
2.1 Shopping Shortcuts:

This graph contains a few different data points. Along each graphics card’s name, followed in brackets is the number of items sold since the start of the year on Ebay and next to that is the average selling price of the last 12 successful listings. The blue bars show us the resulting cost per frame and in orange the average fps.

So if you take the average selling price and divide that by the frame rate, you get the cost per frame. With this data you could also adjust pricing to your region and work out which graphics card will offer you the most value. Remember, this is the average sale price, so ideally you don’t want to pay more than this and with some patience or luck there’s a chance you can come in under that price.

In order to streamline the selection process we disregarded GPUs that have seen less than 40 sales since the start of the year and we’ve done this because your chances of landing a Radeon R9 Fury X, for example, at a reasonable price is very slim and finding one for sale is even slimer. We also ditched all Kepler-based GeForce models since we can no longer in good conscience recommend them given how poor they perform in a number of new titles.

Removing all those GPUs, we’re left with only 32 viable models and rather than sort by price or cost per frame we’re going to stick with frame rate as we feel that makes it easier to weed out the best options in each performance tier.

Winners: From least to most expensive

The outright cheapest options (when comparing the average sale price) is the Radeon R9 270X and R9 380, both averaging out at $47. If you’re on a tight budget we’d suggest keeping an eye out for an R9 380, just make sure you get a 4GB version. Of all the GPUs tested, the Radeon R9 380 offered the best cost per frame. The only issue with that is that less than 100 of them have been sold this year, so finding a 4GB model at the right price will be harder than finding a GTX 960, of which 355 have sold although that’s generally a tad more expensive for about the same performance.

If you have a little more money to play with the Radeon RX 470 is an amazingly good deal. It’s selling on average for just $72 and that sees it come out at a similar cost per frame to that of the R9 380. You get a little over 40% more performance and that leads to a much better gaming experience at 1080p.

There’s also the RX 570 which is available in significantly higher volumes, already over 1000 of them have sold on eBay this year and at $86 it’s a cracking good deal. Yes, the cost per frame for the average selling price is higher than the RX 470, but your chances of landing one for a good price are much higher.

Nvidia’s GTX 1060 6GB still makes out quite well in today’s latest games, but the average sale price for this model is just too high at $148 and we’re surprised only 350 of them have sold this year. For that level of performance you’re far better off going after an RX 480 or RX 580. The RX 580’s currently sell new for around $170, so grabbing one second-hand for around $130 is a decent saving. There’s also an insane amount of them available on the used market.

Next we’d turn our attention to the GTX 1070 and Vega 56, both good options for around $200. We recently revisited both in a head to head comparison and although the Radeon GPU is ~10% faster, we favored the GTX 1070 because there are loads of more quality AIB models, opposed to virtually none for Vega 56, and the models that do exist are mostly loud and hot.

There have also been just 306 Vega 56 graphics cards sold this year, compared to a whopping 1611 GTX 1070s, so your chances of landing a quality GeForce card for a good price is significantly higher. Having said that, if you can find a quality Sapphire or PowerColor Vega 56 graphics card close to the average selling price, that would be the way to go, just know your chances are going to be slim.

For those able to spend around $300, both the RTX 2060 and GTX 1080 are great options and the 2060 is selling for a little less on average. Given the architectural improvements of the 2060 this would be our choice. You can buy these new for around $330 though, the small discount does not justify dealing with the potential pitfalls of second-hand shopping.

Beyond that, at the high end, the GTX 1080 Ti is the only option worth considering. There are plenty of them up for sale — already 1,222 have sold this year — the average selling price is reasonable for the resulting performance, and there are plenty of quality AIB models to pick from. Paying ~25% more for a second-hand RTX 2080 for ray tracing support in a handful of games and the promise of DLSS 2.0 in a handful more just doesn’t seem to be worth it. The Radeon VII is also a poor choice for gamers. When spending under $200 on a used graphics card, Radeons are the way to go, and for over $200 you’re generally better served by a GeForce GPU.

A few closing notes. If pricing in your country or region is different, use the frame rate results as the best guide. Simply divide the current asking price by the average frame rate and that will give you the cost per frame so you can easily compare a few models in your price range. Alternatively, you can research what is available for your target price point and check here to see which GPU offers the best performance. For lower-end models that come in 2GB or 4GB versions, make sure you get the 4GB version as 2GB cards are going to be a bit of a disaster moving forward.

We’d also be wary of buying Nvidia GPUs older than the GeForce 10 series. Driver optimization for Maxwell-based 900 series in upcoming games is probably going to suffer. For now they’re still decent investments provided you can snag one for well under the average selling price. As usual, the Radeon GPUs have continued to age well, but if you want something a little more high-end than an RX 580, for now at least the best options are all GeForce based.

0Shares
Previous PostBootstrap, a UI framework used by 20% of internet sites, is dropping IE supportNext PostDevOps proponent lays it on the line: stop the madness and start automating