Crypto sportsbook operator Sportsbet.io has funded the pioneering VR matchday experience for members of the Saints India Fan club at the new fan pub, The Northam.

LONDON, Nov. 16, 2022 (GLOBE NEWSWIRE) — Dedicated Southampton super fans in countries across the world enjoyed a first-of-its-kind virtual reality matchday experience during the Saints’ fixture against Liverpool on the 12th of November, thanks to the Crypto Fan Fund from Southampton’s Main Club Partner Sportsbet.io.

Using Pico virtual reality headsets, fans from the Southampton India fan club were immersed in an authentic Southampton pre-match experience at the Saints Social Club – the brand-new official Southampton fan pub at The Northam, which opened in late August. Fan pubs are a key part of British football culture, and the VR experience was designed to allow Southampton fans to experience that atmosphere, wherever they are in the world.

The VR experience let the Southampton India fans be a fly-on-the-wall during the opening day of the Saints Social Club and included listening in to an informal ‘pub chat’ with Southampton legends Nigel Adkins and Franny Benali, as well as a live performance from the Saints Brass band.

Speaking about the experience, Southampton India member Srijan Pathak said: “Trying the headsets was absolutely incredible, it really felt like we were there in the Club! We all grew up watching Southampton and the Premier League on our TVs, but never really felt part of it, so to be able to properly immerse yourself in the atmosphere and feel what it’s really like to be in a pub with other fans ahead of the match, it helped us feel connected to the club in a way that we just haven’t before. We’ll definitely be using it before the other matches we watch to get ourselves pumped before kick-off!”

The creation of the Saints Social Club and the VR experience was made possible by the Crypto Fan Fund. At the start of the 2021/22 season, Sportsbet.io donated two Bitcoins to Southampton fans, to be used for a fan-led initiative. The club and Sportsbet.io worked with the leading supporters’ group, Saints Voice, to decide how the donation would be spent, with fans voting in March to turn the Northam Social Club – an iconic Southampton pub just a stone’s throw from St. Mary’s Stadium – into the ultimate Southampton FC fan bar.

Helen Edwards, Head of Responsible Gambling at Sportsbet.io said: “It’s been a privilege to work with Saints Voice, Southampton India, and the Southampton fans throughout this process, and we’re so excited to see the Saints Social Club come to fruition this summer. Through the Crypto Fan Fund, we wanted to show how crypto can be used to genuinely support fans and help them deliver the initiatives that they want to see, and with the help of Southampton FC and Saints Voice we’re delighted to have been able to do exactly that.”

Sarah Batters, Director of Marketing & Partnerships at Southampton FC, said: “It’s been brilliant to work in close collaboration with the representatives of our Saints Voice panel and to find out what really matters to them in order to bring the best matchday experiences for our fans, both at home and across the globe. The new Saints Social Club will provide a wonderful opportunity to bring our fans together, and we’re delighted that we’re able to include our incredible supporters in India as well.”

The donation consolidates Sportsbet.io’s ongoing commitment as the main club sponsor of Southampton Football Club and as a leader in the crypto community. The initiative is part of Sportsbet.io’s ‘Believe the Hype’ campaign, encouraging Saints to believe the hype around their club and around cryptocurrency.

The Saints Road Back to The Prem

The Saints were founding members of the Premier League in 1992/1993 and were ever-present until their relegation at the end of the 2004/2005 season. After falling on troubled times, which included a further relegation to League 1, they returned to the Premier League for the 2012/2013 season and haven’t looked back since.

They have enjoyed top-half finishes in recent years, including a sixth-place finish in the 2015/2016 season which secured Europa League football. In 2016/2017, they reached the final of the League Cup but narrowly missed out on silverware after a 3-2 defeat by Manchester United. They ended the 2019/2020 season with a seven-game unbeaten streak to finish 11th with a tally of 52 points.

Founded in 2016 as part of the Yolo Group, Sportsbet.io is a leading bitcoin-led sportsbook operator. Sportsbet.io has an expansive, quality betting product across all major sports and eSports, offering more than 350,000 pre-match events per year, as well as comprehensive in-play content and a diverse range of both crypto and fiat currencies.

It also provides innovative markets such as player prop bets for soccer, American football, and basketball, and is the only bitcoin-led sportsbook to provide live streaming across all major sports. Sportsbet.io prides itself on its secure and trustworthy betting service, with withdrawal times of around 1.5 minutes amongst the fastest in the industry. 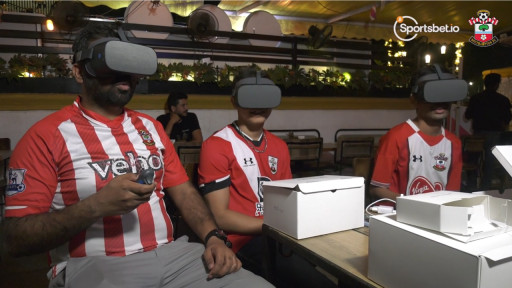 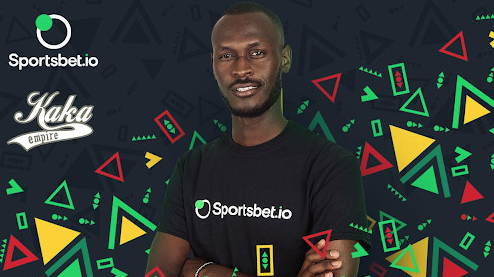