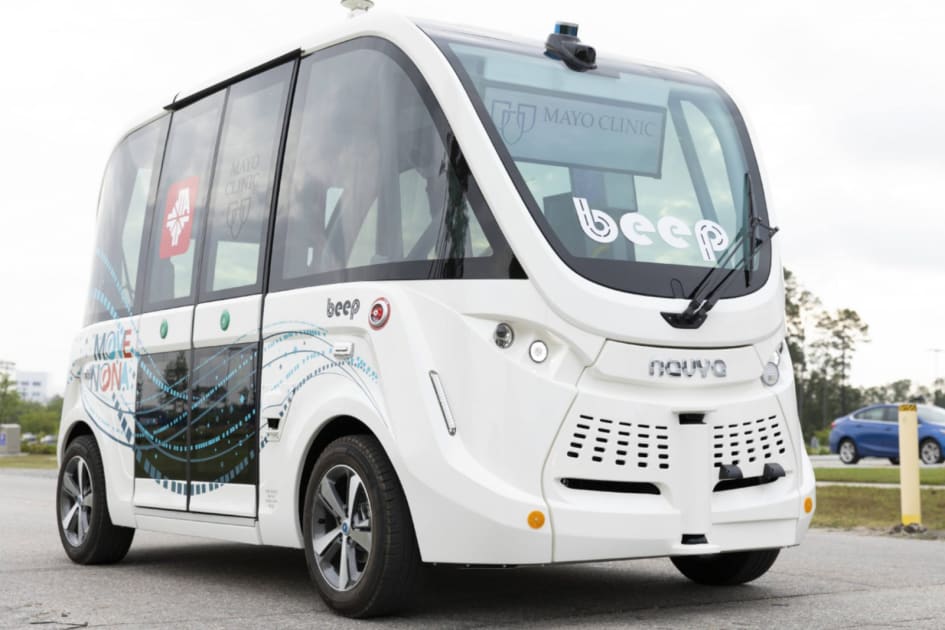 Like many autonomous vehicle efforts, this isn’t entirely unsupervised. A human-driven SUV tails behind the shuffle each time, and staff will need to both load and unload the sample coolers. The partners involved are also monitoring the service from a mobile command center. The SUVs are to make sure no cars or traffic “impact the delivery path” of the shuttles, a spokesperson told The Verge.

We wouldn’t expect efforts like this to become commonplace during the outbreak. The technology is still young, and many officials are more concerned with increasing the number of tests in the first place than delivering them more efficiently. This does hint at how medical tests and samples could be handled going forward, though. Clinics could have driverless shuttles operating around the clock, letting healthcare workers focus on patients instead of logistics.

Delivery apps are giving restaurants a fighting chance… or are they?