0Shares
Contents hide
1 The big picture: Samsung will unveil its next flagship smartphone family at a scheduled Unpacked event on February 11 in San Francisco. The general consensus is that we’ll finally get to see the Galaxy S11 on this day… or as it is apparently now being called, the Galaxy S20 (for 2020).
2 Related Reads

The big picture: Samsung will unveil its next flagship smartphone family at a scheduled Unpacked event on February 11 in San Francisco. The general consensus is that we’ll finally get to see the Galaxy S11 on this day… or as it is apparently now being called, the Galaxy S20 (for 2020).

Purported images of this mystery handset – specifically, the Galaxy S20+ – hit the Internet over the weekend. The spy shots were delivered to XDA Developers by a source that wishes to remain anonymous. 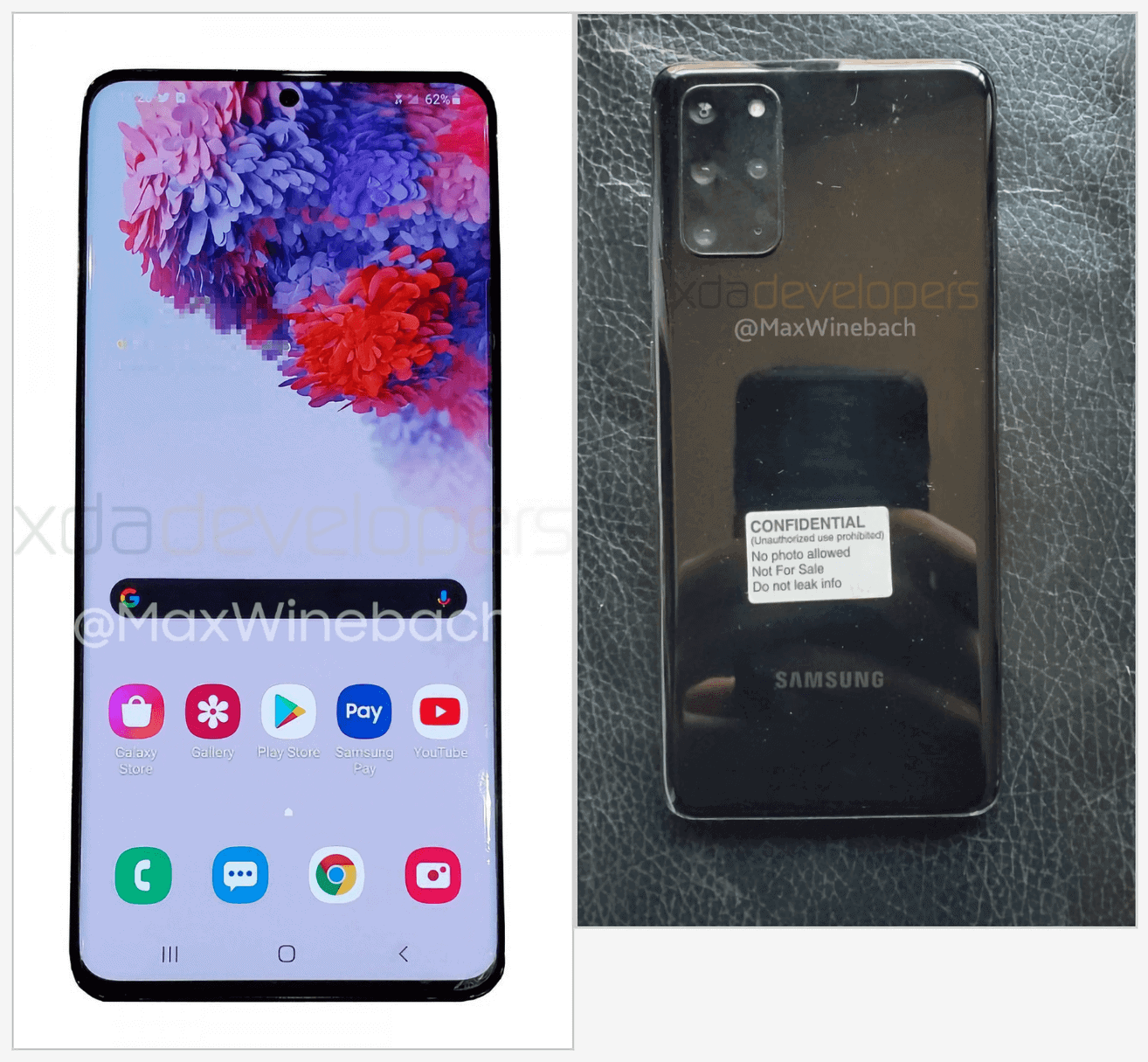 The biggest thing that stands out in the images is the rear camera array. In keeping with the latest trends, Samsung looks to be going with a raised camera array packing at least four lenses. There also appears to be a flash unit and perhaps a microphone cutout. It doesn’t look great aesthetically, but then again, none of the domino-style camera arrays as of late have scored high marks in the looks department.

Around front, we see a notchless hole-punch design sporting very slim bezels. Notably, Samsung appears to have toned down its use of curved glass / display tech around the edges. The source told the publication that it felt flat, and much more similar to a Pixel 2 XL.

Like some of Samsung’s more recent phones, the new S20 family will reportedly come with a screen protector pre-installed from the factory.

One last thing to note – despite the nomenclature, the S20+ actually isn’t the top-of-the-line model. That distinction reportedly belongs to the Galaxy S20 Ultra. There will also be 4G and 5G variants, we’re told.

Samsung’s big reveal is roughly one month away at this point. Barring any other major leaks, we should learn all there is to know about Sammy’s first-half flagship come February 11.

0Shares
Previous PostReport: Hummer to be resurrected as an electric pickup truckNext PostChainlink (LINK) is Outperforming Bitcoin: Here are the Key Drivers