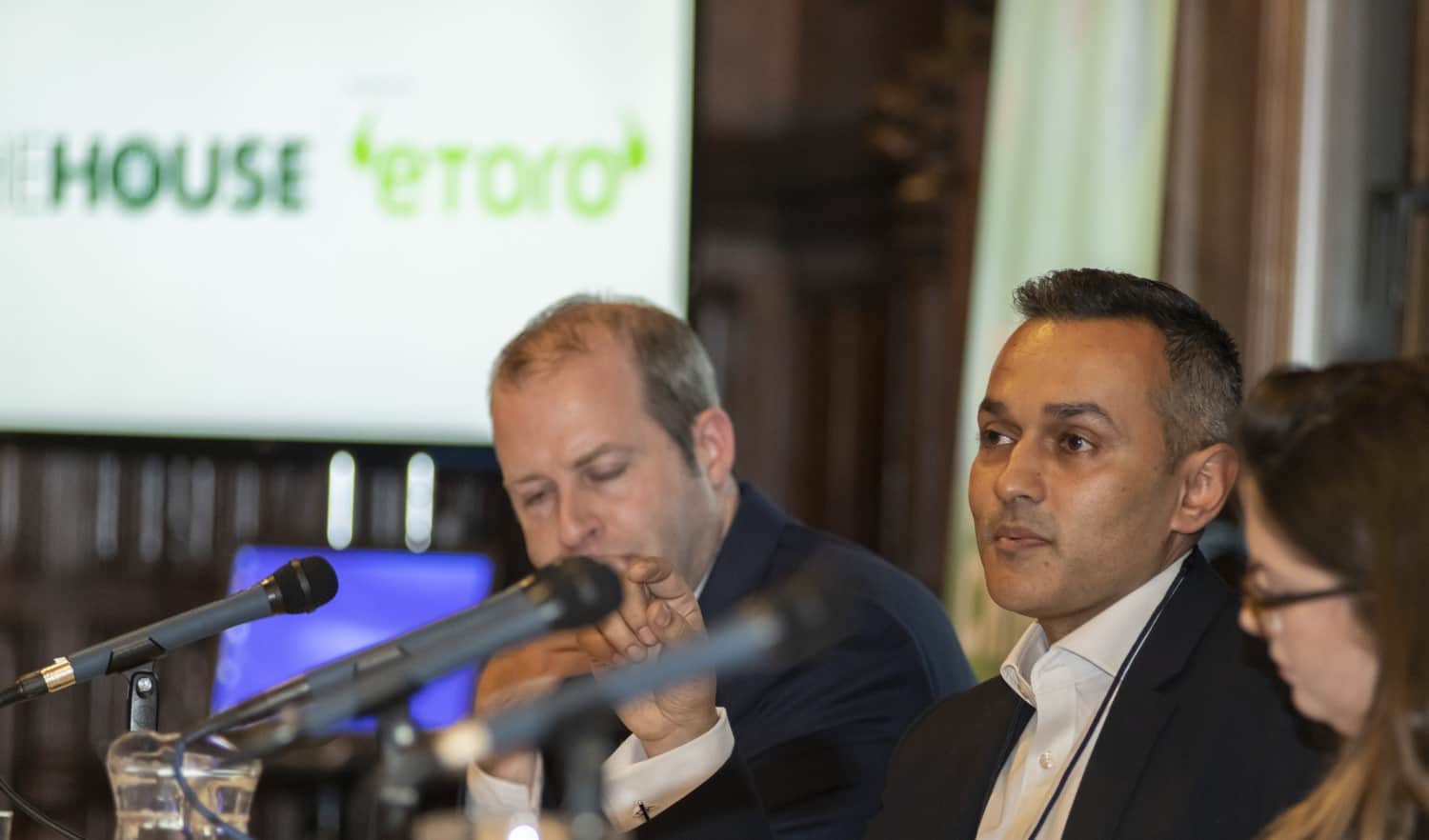 Despite being one of the largest crypto derivatives platforms, an eToro executive said he isn’t losing sleep over the U.K.’s proposed retail ban.

Over breakfast in a central London restaurant, inside what used to be the Midland Bank, Iqbal Gandham, eToro’s U.K. managing director since 2016, said the country’s decision to ban retail access to all crypto derivatives would likely have a “minimal” impact on its business.

With more than 10 million users worldwide, eToro is one of the largest trading platforms in the world. Gandham said the company has noticed a shift in the behavior of retail traders, who value the fact they can buy an actual cryptocurrency asset and transfer it out into their personal wallets.

“Two years ago people didn’t understand real [assets] and derivatives: they just thought they were buying bitcoin. Now people are more comfortable in owning their own wallets and transferring crypto, they understand that if they can’t transfer it out then it can’t be real,” Gandham said.

The U.K.’s chief financial watchdog, the Financial Conduct Authority (FCA), surprised the industry last summer when it unveiled plans to ban the “sale, marketing, and distribution to all retail consumers” of crypto derivatives, including contracts for difference (CFDs).

At the time, the regulator said retail investors were “ill-suited” to such products because they were unable to “reliably assess the value and risks of derivatives or ETNs that reference certain crypto assets.”

Although regulated platforms, such as Hargreaves Landsdown, have already banned retail access to crypto derivatives, the FCA isn’t expected to make a final decision until later this year.

eToro first offered bitcoin CFDs in 2014. It gradually increased the number of supported cryptocurrency-based options, but only allowed users to buy the underlying asset in September 2017.

“Had you asked me this question in 2016/17, I would have said ‘a really, really big impact, we need to change our business,'” Gandham said. But the majority of eToro’s customers now buy the underlying crypto, rather than any CFD product.

eToro currently offers retail users crypto assets or crypto CFDs at a maximum leverage of 2:1. A spokesperson told CoinDesk that approximately 87 percent of eToro’s retail users buy the asset. In the first month of 2020, that number had increased to 90 percent.

In the case of catering for retail investors, eToro is “moving away from the derivatives market,” Gandham said.

Few crypto derivative providers share eToro’s sanguine attitude to the upcoming ban. Daniel Masters, executive chairman at CoinShares, which is the owner of XBT Provider, one of the largest crypto derivatives developers in Europe, told CoinDesk they had “vigorously resisted” the FCA’s proposal.

During the consultation phase in Q4 2019, CoinShares spearheaded a campaign against the ban and criticized the regulator for cherry-picking data and for an overall “lack of understanding” concerning the asset-class.

“Banning such instruments has many adverse consequences,” Masters told CoinDesk. The ban “will not protect investors,” but will push them onto offshore providers with little to no investor protection, he added.

Gandham too said the ban will likely be a net-negative for investor protection.

“I don’t understand the premise of banning [retail crypto] derivatives,” he said, agreeing that a blanket ban would push trading underground and overseas, which would likely expose consumers to more risk.

Still, Gandham is convinced the ban will only have a muted effect on cryptocurrency trading in the U.K. Crypto derivatives, in his view, are better suited for institutional or professional traders – who aren’t affected by the ban – who want exposure to the asset, but would be burdened by having to hold the physical asset.

Of course, there will always be a handful of retail investors wanting 100x leverage on platforms like BitMEX, Gandham said. But he believes the vast majority of eToro’s clients, who are in it for the long haul, will not even notice the difference, should the ban come into effect.

Samsung's Galaxy S20 got me more curious about 5G. But what I learned made me sad