0Shares
Contents hide
1 In a nutshell: Remember when smartwatches were starting to look like another tech fad? Despite predictions that they would die off, wearables have been improving over the years, so much so that around one in ten (21 percent) of US adults say they now regularly wear a smartwatch or fitness tracker.
2 Related Reads

In a nutshell: Remember when smartwatches were starting to look like another tech fad? Despite predictions that they would die off, wearables have been improving over the years, so much so that around one in ten (21 percent) of US adults say they now regularly wear a smartwatch or fitness tracker.

The information comes from a Pew Research Center study, which shows that, as with most tech, wearables adoption is higher (31 percent) in households earning $75,000 or more per year. The figure falls to 12 percent in homes where income is below $30,000. It’s a similar story when it comes to education, with the devices proving more popular among college graduates compared to those with a high school education or less. With factors such as gender, race, and ethnicity, however, there is little difference between adoption rates of wearables.

The practice of fitness trackers sharing user data with medical researchers has long been controversial in many people’s eyes, but more participants in the study (41 percent) said it was acceptable as a way for researchers to better understand the link between exercise and heart disease. Thirty-five percent of people said it was unacceptable, while 22 percent were undecided. More people who use wearables—53 percent—approved of sharing their health data. 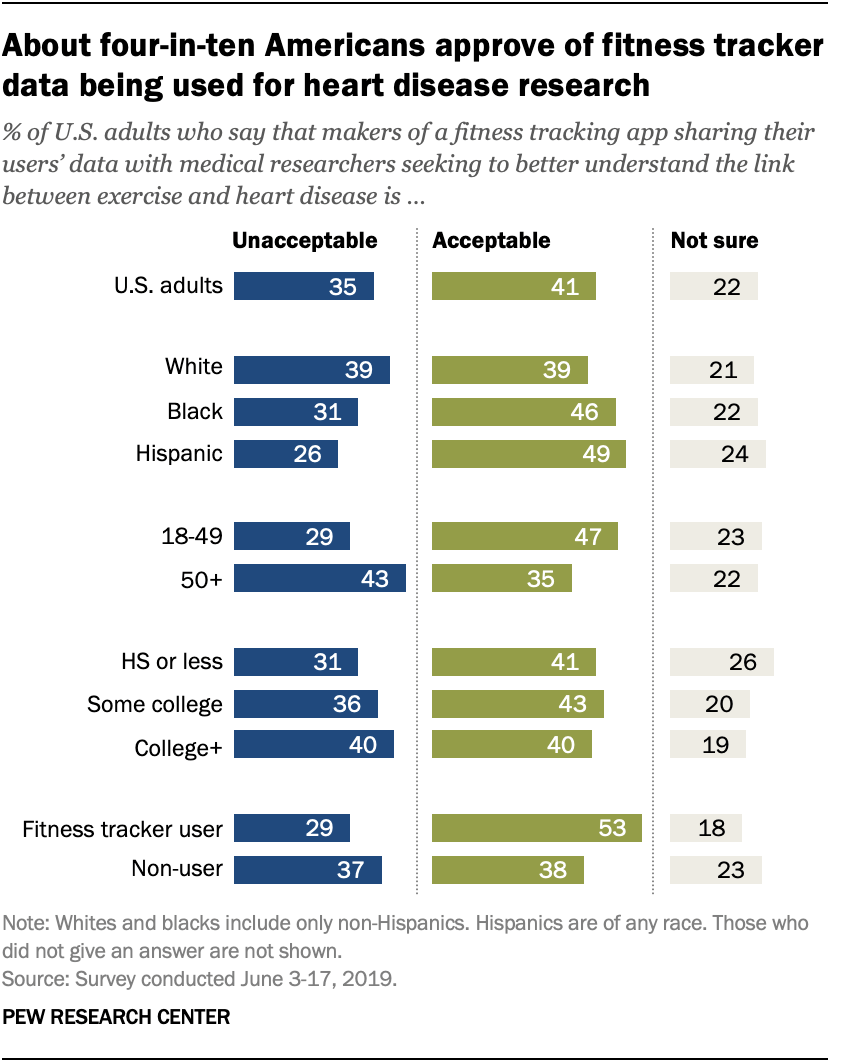 The study asked 4,272 people if they had a wearable and their opinion on private and government agencies using the data they collect on people.

Back in November, Google edged out Facebook to acquire wearable maker Fitbit for $2.1 billion. Both the Department of Justice and Federal Trade Commission were concerned over the sensitive health data that Google would have access to as a result of the purchase, and privacy advocacy groups lobbied the government to block the deal. The DOJ is reportedly investigating the acquisition.