Cryptocurrency exchange OKCoin announced today that the latest contribution from its Open-Source Developer Grant is going to Marco Falke, who has served as a Bitcoin Core maintainer since 2016 and is one of the most active contributors to Bitcoin’s code.

“Marco’s work … focuses on making development more efficient,” Elaine Song, a member of OKCoin’s business operations team who is involved with the grant program, told Bitcoin Magazine. “He is the most active contributor to the Bitcoin code since 2017. He is presently dedicated to the improvement of Bitcoin’s test infrastructure, which ensures the reliability and security of the decentralized network.”

This marks the fourth grant the exchange has made since its program was launched eight months ago. Donations have also been awarded to developers Fabian Jahr and Amiti Uttarwar, as well as open-source bitcoin payment processor BTCPay Server. More than $396,000 has been awarded so far.

OKCoin would not disclose the dollar value of this latest grant, but said that this was its largest single donation to date.

“As a crypto exchange, we aim to make crypto investing and trading accessible to anyone, anywhere,” Song said. “That objective is made possible by the work of our grant recipients who contribute to the sustainable and responsible development of cryptocurrency infrastructure. Without developers, there is no technical breakthrough. Without a breakthrough, there is no disruption.”

The last few months have seen a notable surge in similar donations, from OKCoin as well as BitMEX operator 100x, the Human Rights Foundation, Kraken and others. It’s difficult to pinpoint a reason for this wave of charitable giving at the moment, but it appears that organizations that rely on Bitcoin are starting to see these grants as critical to the technology’s continued growth.

“We don’t see these grants as ‘donations’ or altruistic,” Song explained. “We see them as investments to the technology that powers the entire crypto industry… We at OKCoin and others are finding the right incentivization to attract talented developers to open-source Bitcoin development, and keep the best ones like Marco, Amiti, Fabian and the team at BTCPay focused on Bitcoin development.”

Coinfloor Is Riding A Bullish Bitcoin Wave With Baby Boomers 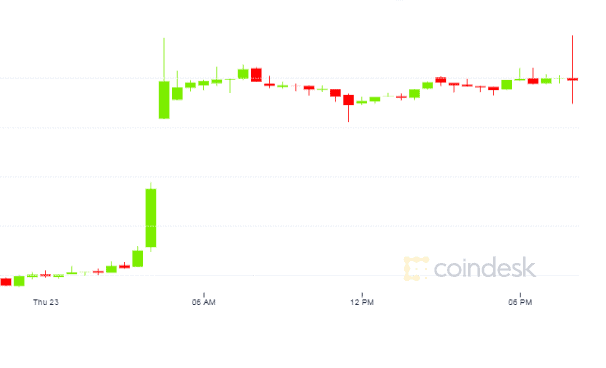