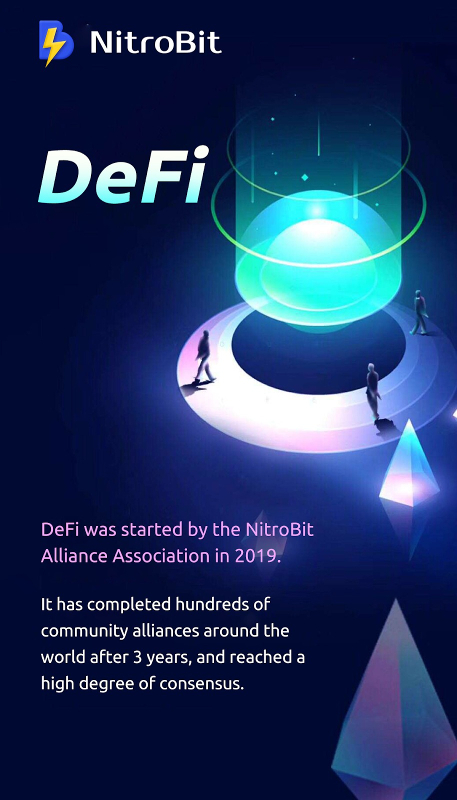 NitroBit, a free protocol that opens up the Metaverse and WEB3.0 era, was founded by the Free Alliance Association, a global community alliance that follows the spirit of DAO.

NBT (NitroBit Token) , the only token issued by the NitroBit Alliance in BSC, is the only token for the entire ecological circulation governance, and will never be issued additionally. NBT follows the spirit of DAO with the characteristics of complete decentralization, community autonomy, openness and transparency, officially opening its IDO on August 8, 2022 and  logging in to pancake and Token Pocket.

NBT, with the total amount of 10 billion, has launched a destruction mechanism of full destruction of pledges. As the DAO community governance token of the NitroBit Alliance Association, NBT owns multiple functions, including as certificate in WEB2.0/WEB3.0 network, as the token of the global community alliance, as the NOOS consensus of NitroBit NetWork and as the gas fee of its decentralized public chain transaction.

This IDO of NBT will last for 10 days in total. For the principles of fairness, justice, and transparent, and to prevent speculation, the Alliance will limit the IDO subscription quota of 100 USDT per wallet address, and will open LP in pancake and open for trading after IDO end.

The NitroBit Alliance Association was established in September 2019 in California, USA with core team mainly coming from blockchain technology research and development, cryptocurrency investment, and financial group investment and etc. NitroBit currently hires more than 100 direct employees, and has built more than 100 community alliances around the world, covering the community of more than 2 million users.

Dogecoin (DOGE) $ 0.065132
We use cookies to personalise content and ads, to provide social media features and to analyse our traffic. We also share information about your use of our site with our social media, advertising and analytics partners who may combine it with other information that you’ve provided to them or that they’ve collected from your use of their services.
Accept
Read more
Change Settings
Cookie Box Settings
Cookie Box Settings