0Shares
Contents hide
1 We can rebuild it: Video editing technology has advanced to the point that even a novice editor can piece together a production of professional quality. The National Football League did just that to resurrect Super Bowl I, but why didn’t it just pull the full broadcast out of the archives?
2 Related Reads

We can rebuild it: Video editing technology has advanced to the point that even a novice editor can piece together a production of professional quality. The National Football League did just that to resurrect Super Bowl I, but why didn’t it just pull the full broadcast out of the archives?

The first Super Bowl, known as the AFL-NFL Championship at the time, took place in 1967 between the Kansas City Chiefs and the Green Bay Packers. The game was shown on two networks. American Football League (AFL, now AFC) games were covered by NBC, while CBS broadcasted National Football League coverage. The two networks collectively aired the game to more than 50 million viewers, which was about a quarter of the total US population at the time.

Recording tech in the early days of television was primitive by today’s standards, and very few people outside of studios even had recording equipment. As such, the original broadcasts were mostly lost to time. The only known copy of Super Bowl I is locked in a vault at the Paley Center for Media. Not even the NFL has access to the tape. 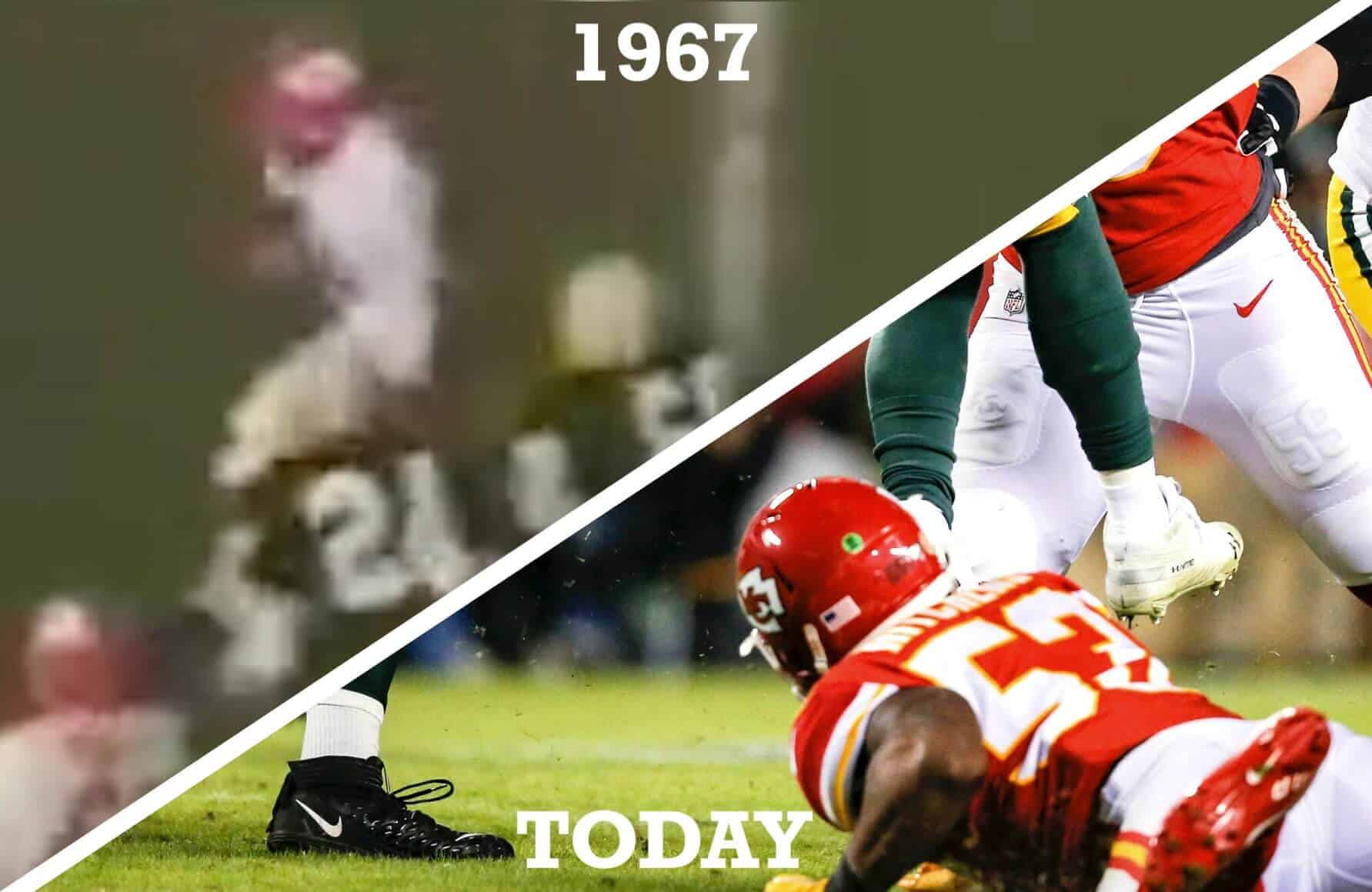 Troy Haupt of North Carolina owns the recording, but the NFL claims that it is the rightful owner of the media. Despite the league’s attempts to obtain the rare footage, Haupt won’t sell. Haupt’s father recorded the game using a Quadruplex taping machine the day CBS televised it.

Only a handful of people have viewed the recording, including Paley Center Curator Ron Simon.

“It is the very beginning of football becoming a major television sport, and the technology is part of the times. If you look at it today, it looks somewhat primitive,” Simon told Fox News. “The producers of the game were just learning how to use instant replay, and they would remind you of that fact.”

Unable to get its hands on the unique full telecast, the NFL decided to use modern video-editing technology to recreate the broadcast.

Digging through its mountainous archive of game footage, NFL Films was able to find clips of all the plays from the game from more than 24 different sources. It then spliced all the recordings together and layered audio from a radio broadcast over the film.

“In an exhaustive process that took months to complete, NFL Films searched its enormous archives of footage and were able to locate all 145 plays from Super Bowl I from more than a couple dozen disparate sources,” said an NFL representative. “Once all the plays were located, NFL Films was able to put the plays in order and stitch them together while fully restoring, re-mastering, and color correcting the footage. Finally, audio from the NBC Sports radio broadcast featuring announcers Jim Simpson and George Ratterman was layered on top of the footage to complete the broadcast.”

The final production was appropriately dubbed “Super Bowl I: The Lost Game.” It first aired in 2016 as part of the NFL’s 50th-anniversary celebration and is the only way to view the entire game. It is even more complete than Haupt’s recording since his dad had stopped recording during the halftime show and forgot to turn the machine back on until well into the third quarter. However, it does pause between plays to fill in gaps and let the announcers’ audio play out.

It is easy to take current technology for granted. Seeing how difficult it was to record and maintain a game that millions of people watched over five decades ago and how it could be reconstructed with today’s tech really puts things into perspective. Watching the broadcast (above) is even more eye-opening. It makes you wonder how anyone got by without software-driven scoreboard overlays, telestrators for show us play routes, and cameras that can provide 3D coverage of the entire field.