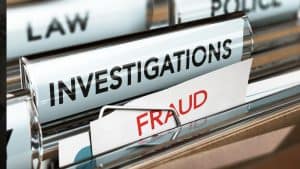 The Ontario Securities Commission (OSC) has completed its investigation of what happened to the defunct cryptocurrency exchange Quadrigacx which owes over 76,000 clients a combined $215 million in assets. Supposedly deceased, its founder Gerald Cotten was found to have committed … read more.

A Spacex bitcoin scam has frequently appeared on Youtube, claiming to give away BTC. Its promo video features the recent Spacex launch with two NASA astronauts and an interview with Spacex and Tesla CEO Elon Musk. The scammers claim that … read more.

The new top banking regulator for the Trump administration sees “huge and great promise” in cryptocurrency. Focusing on decentralized networks, bitcoin, and rewriting existing regulations, he shares his views on cryptocurrency and the creation of the digital dollar. Top US … read more.

Wilshire Phoenix has filed to launch a publicly-traded trust called Bitcoin Commodity Trust (BCT) – putting the firm in direct competition with Grayscale Investments’ $3.4 billion bitcoin trust (GBTC). According to the June 12 filing with the U.S. Securities and … read more.

Just recently, the official Bitcoin.com Youtube channel was suspended and removed from the popular video platform. During the last 12 months, Youtube has censored information and banned cryptocurrency video coverage with no remorse. As the censorship continues to wreak havoc … read more.

Crypto debit cards are a great way to get instant purchasing power from your Bitcoin, Bitcoin Cash, or other cryptocurrency. They act as the efficient bridge between the crypto world and existing financial systems because they are accepted almost everywhere … read more.

Following reports that Chinese authorities are freezing bank accounts of cryptocurrency traders, five banks have reportedly clarified their policies. They confirmed that accounts with legal crypto transactions will not be frozen. However, some people claim that their accounts have been … read more.

Crypto 101: How to Send and Receive Bitcoin Cash Via the Bitcoin.com Wallet

During the last few months in the midst of the coronavirus outbreak and faltering global economy, many individuals have shown an interest in bitcoin and other cryptocurrencies. However, oftentimes people can find the process a bit daunting because they are … read more.

A possible Satoshi Nakamoto, the mysterious creator of Bitcoin, has been sentenced to 25 years in prison. Criminal mastermind Paul Le Roux told the judge that upon his release he plans to “start a business selling and hosting bitcoin miners,” … read more.

The number of so-called whales with 1,000 bitcoin or more in their wallets has climbed to 1,882 from around 1,650 in January. It is the highest the numbers have reached in nearly three years. Whales may be defined as the … read more.

During the last three months, the U.S. Federal Reserve has created a system of monetary avarice, as the central bank can literally do whatever it wants with zero oversight. The American public recently witnessed the Fed’s announcement on Monday, which … read more.

There has been some confusion over whether India will ban cryptocurrency, including bitcoin, following recent reports of a note being circulated by the government. News.Bitcoin.com interviewed executives of five cryptocurrency exchange platforms in India to find out the truth about … read more.

CFTC Chairman: US Must Lead the World in Crypto With Less Restrictive Rules

The chairman of the Commodity Futures Trading Commission (CFTC) has called on other regulators to establish a framework for sound crypto regulation. He believes that the U.S. must lead in the crypto field and “applying overly prescriptive rules could stunt … read more.

In his testimony before the Senate banking committee, Federal Reserve Chairman Jerome Powell warned Congress that the U.S. federal budget has been on an unsustainable path for years. He added that the U.S. economy is facing a deep downturn with … read more.

The Internal Revenue Service (IRS) has won a case in which it demanded that a Maryland couple liquidate their bitcoin to pay-off a $1.1 million tax debt. Alexander and Laura Strashny proposed to the IRS to pay their 2017 tax … read more.

It’s been approximately 37 days since the notorious Bitcoin reward halving that took place on Monday, May 11, 2020. On June 16, the Bitcoin network saw a large upwards difficulty adjustment making it much harder to mine bitcoins and slowing … read more.

Wisdomtree has filed for a commodity fund with 5% exposure to bitcoin, in a fresh attempt to bring an exchange-traded fund (ETF) backed by the benchmark cryptocurrency to the market. According to a filing with the U.S. Securities and Exchange … read more.

Former national security advisor John Bolton has reportedly revealed in his upcoming book an instruction about bitcoin that President Donald Trump gave to Treasury Secretary Steven Mnuchin. The U.S. Justice Department has filed a lawsuit against Bolton to stop the … read more.

The popular and first Singapore-based carpooling platform, Ryde has revealed that customers will soon be able to pay with bitcoin. The feature will be available after the bitcoin support is incorporated into the company’s payment app on June 22. Ryde … read more.

Stephen Roach, former chief economist at Morgan Stanley, has predicted that a dollar crash is coming, forecasting a 35% drop in the dollar’s value against other major currencies. He expects the U.S. national savings rate to sink deeper into negative … read more.

About 1.9 billion euros ($2.13 billion) worth of cash is missing from one of Wirecard’s trust accounts and the crypto debit card provider cannot as yet account for the money, the company reported on Thursday. In a statement, the major … read more.

The premier cryptocurrency gaming portal, Bitcoin Games has announced the launch of a Midsummer promotion that promises Free Spins and loads of entertainment. For well over, five years now Bitcoin Games has been the go-to destination for all your gaming … read more.

Robust and effective compliance programs for virtual asset exchanges such as Bitcoin of America, which owns and operates a crypto exchange platform as well as a nationwide network of bitcoin ATM locations, isn’t simply a matter of operating a system … read more.

Bitcoin Whale Transfers $2.2 Billion Worth of BTC for Just $7

Whale alert reports that a so-called whale has transferred the equivalent of $2.24 billion in bitcoin for less than $7. In a series of tweets on Friday, the crypto tracking tool said the bitcoin (BTC) whale sent a total of … read more.

Bitcoin.com Exchange is thrilled to announce the upcoming listing of a new digital asset on the 20th of August 2020 at 10:00 UTC. BUY by Burency is a new cryptocurrency that aims to increase cryptocurrency and blockchain adoption in the … read more.

The cryptocurrency bitcoin is trading at an all-time high relative to its social activity, explains the crypto research firm Tie. The analysts at Tie believe the ratio indicates that bitcoin is being driven by institutional trading. Meanwhile, statistics from Google … read more.

Akon City, a “futuristic cryptocurrency themed city” founded by famous singer Akon, is ready to begin construction, with a plan to use the akoin cryptocurrency exclusively. Phase one of Akon City’s construction will include roads, a hospital, a mall, hotels, … read more.

Wirecard chief executive officer quit as the crypto card payments firm revealed that the €1.9 billion ($2.1 billion) missing from its accounts may not exist. CEO Markus Braun resigned on June 19, after nearly 20 years at the helm. James … read more.