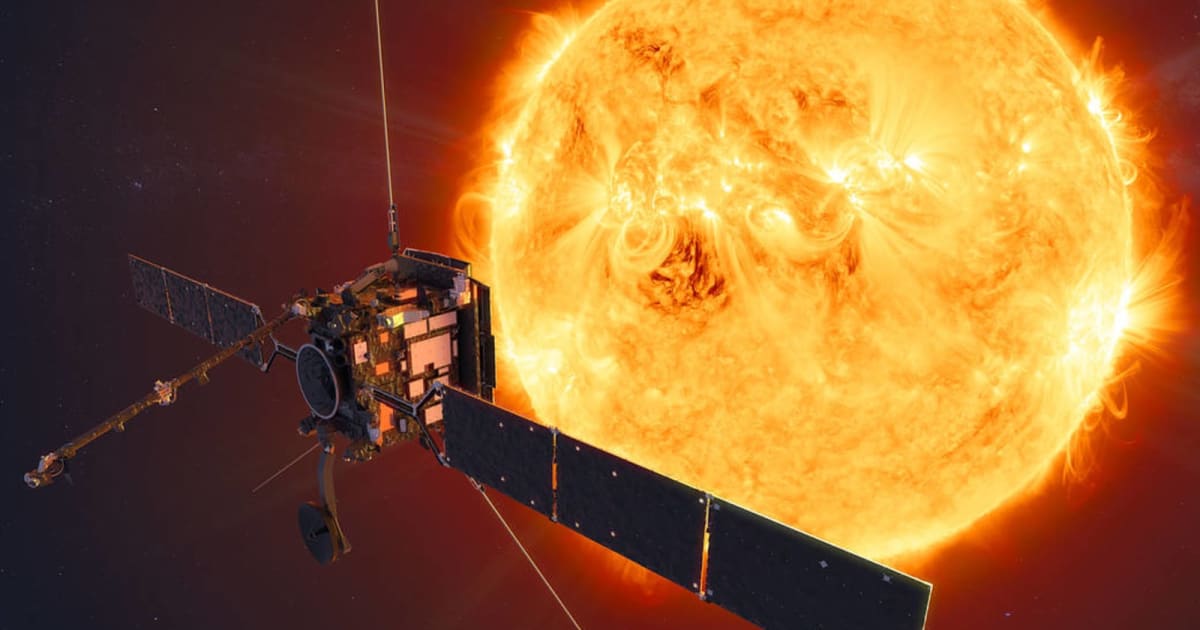 The unique thing about the Solar Orbiter is that it will observe the Sun’s poles, rather than the equator that we usually see. To do that, the Solar Orbiter will pass close to Venus on each of its orbits, getting a gravity assist that will push it closer to the sun and “lift it out of the ecliptic plane,” NASA wrote. (ESA and NASA’s 1990 Ulysses spacecraft also achieved an inclined orbit, but carried no cameras to capture images of the poles.)

The Solar Orbiter is roughly the size of a large van, and will house 10 instruments to capture data on the Sun’s magnetic field, atmosphere, flares and more. It will itself be protected by a titanium shield that’s coated with a special material called SolarBlack. That will allow it to withstand temperatures of over 600 degrees C (1,100 degrees Fahrenheit).

Getting access to the poles is crucial to solar science. Every 11 years, the Sun’s poles flip around completely from negative to positive, beginning a new cycle of solar activity. During the solar maximum, sunspots and solar flares can send energized particles barreling towards the Earth. While our magnetic field blocks most of those, it can be overwhelmed during particularly violent solar storms.

That can place satellite, power stations in jeopardy, and could be particularly dangerous to unprotected astronauts. “Together with our European partners, we’re entering a new era of heliophysics that will transform the study of the Sun and help make astronauts safer as they travel on Artemis program missions to the Moon,” said NASA associate administrator Thomas Zurbuchen in a statement.

0Shares
gearSpacetomorrowvideo
Previous PostPaying Yourself? Self-Payments Could Be a Key to Lightning PrivacyNext PostBitcoin (BTC) Price Attempts to Find Support After Testing $10,000 Level