LONDON, March 14, 2022 (GLOBE NEWSWIRE) — StaFi (Staking Finance), a DeFi protocol that unlocks the liquidity of staked assets, has released its ecosystem project rDEX on the StaFi mainnet to provide a decentralized trading platform for StaFi’s staking derivatives users. rDEX is an AMM DEX based on the Continuous Liquidity Model and has officially launched on the mainnet after the completion of testnet Bug Bounty and PeckShield security audit. As a project under the StaFi Ecosystem, rDEX directly supports the trading of all the rTokens issued by StaFi, thus enhancing the rToken liquidity for users. 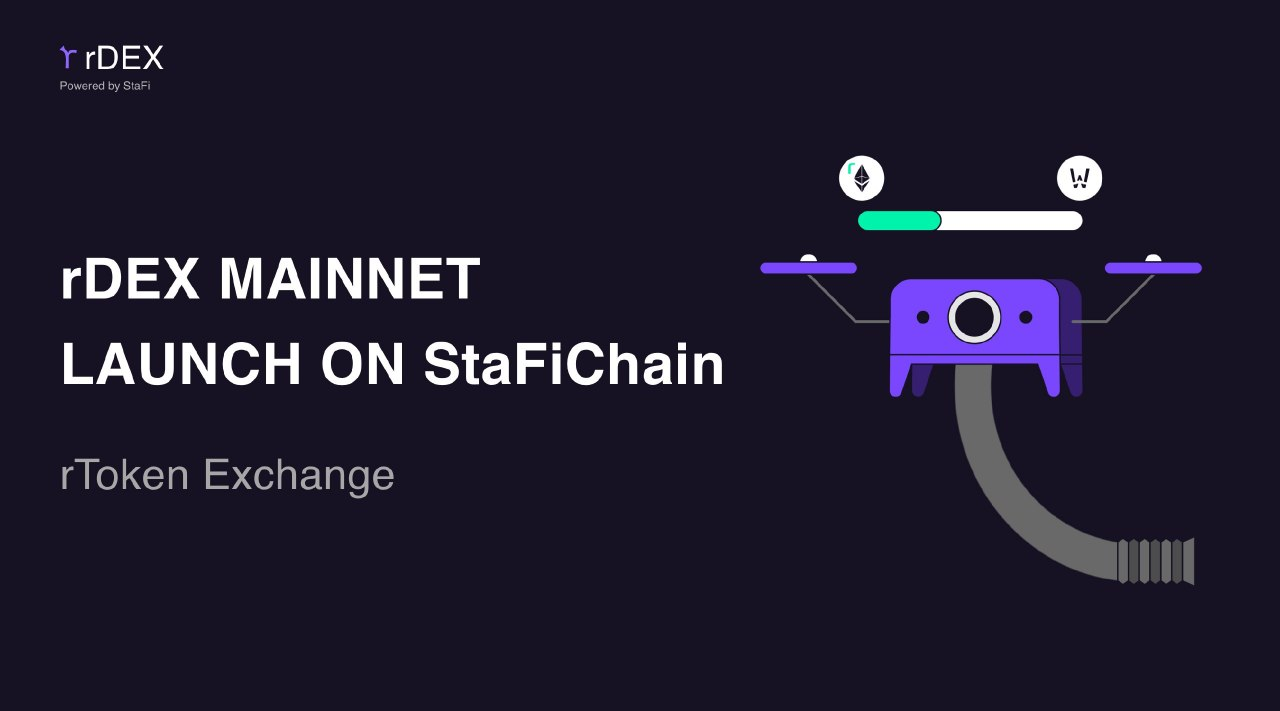 rDEX has three key features including: Continuous Liquidity, Lower Slippages and Asymmetrical Deposits. rDEX is an AMM (Automated Market Maker) DEX to provide continuous liquidity for rTokens by utilizing Thorchain’s CLP market maker model. At the same time, rDEX ensures low slippage for small and medium-sized transactions by using a fee model based on slippage. Unlike the majority of cryptocurrency liquidity pools, rDEX users may provide liquidity by depositing either one or two tokens asymmetrically.

In order to ensure long-term security for the rDEX, StaFi has launched a Bug Bounty Program on Immunefi since 11th February, 2022.

The safety of StaFi users’ funds is always a top priority. Therefore, StaFi plans to initiate an Insurance Fund for rDEX which will act as an effective safeguard as well as provide additional protection for rDEX users against any potential and unforeseen hacks which were not identified in previous security audits mentioned above.

StaFi Core seeks to propose an allocation of 5 million $FIS (our native token) from the StaFi Foundation into an Insurance Fund for rDEX users amid a barrage of hacks on rDEX contracts. This proposal will be announced with further details in the following weeks.

To encourage the provision of liquidity of rToken pairs on the rDEX, StaFi Foundation will allocate 5 million $FIS (approximately 5% of the total) from the Community Treasury as the total reward pool for the rDEX Liquidity Mining Program. StaFi core will require a few weeks to complete the design details and development of this program. If you are interested in this program, we welcome you to read the rDEX Liquidity Mining Program Proposal to get yourself acquainted.

StaFi is the first DeFi protocol unlocking liquidity of staked assets. Users can stake PoS tokens through StaFi and receive rTokens in return, which are available for trading, while still earning staking rewards. rToken is a synthetic staking derivative issued by StaFi to users when users stake PoS tokens through StaFi rToken App. rTokens are anchored to the PoS tokens staked by users and the corresponding staking rewards. rTokens can be transferred and traded at any time.

rDEX is an AMM DEX developed by StaFi that seeks to solve the liquidity problems associated with rTokens, the staking derivatives issued by StaFi. It provides decentralized transaction services for rToken users with the key features including Continuous Liquidity, Lower Slippage and Asymmetrical Deposit.

0Shares
rDexStaFi
Previous PostThe Right Way to Invest in CryptocurrenciesNext PostWhat Is Immutable X and What Does it Do?