0Shares
Contents hide
1 In brief: Researchers at MIT are harnessing the power of artificial intelligence to create powerful new drugs capable of killing disease-causing bacteria, some of which are resistant to all known types of antibiotics.
2 Related Reads

In brief: Researchers at MIT are harnessing the power of artificial intelligence to create powerful new drugs capable of killing disease-causing bacteria, some of which are resistant to all known types of antibiotics.

Only a small number of new antibiotics have been developed over the past few decades due to the cost and time associated with screening them. In fact, most newly approved antibiotics are simply minor variants of existing drugs. But now thanks to the power of artificial intelligence and the growing need to fend off antibiotic-resistant bacteria, that is changing.

Researchers at MIT created a machine learning model to look for chemical features that make molecules effective at killing E. coli, training it on around 1,700 FDA-approved drugs and 800 natural products. Once trained, the model was tested on the Broad Institute’s Drug Repurposing Hub which consists of around 6,000 compounds.

The model honed in on a molecule that it predicted to have strong antibacterial properties and a chemical structure that differed from existing antibiotics. A separate machine learning model indicated it might also have low toxicity to human cells. 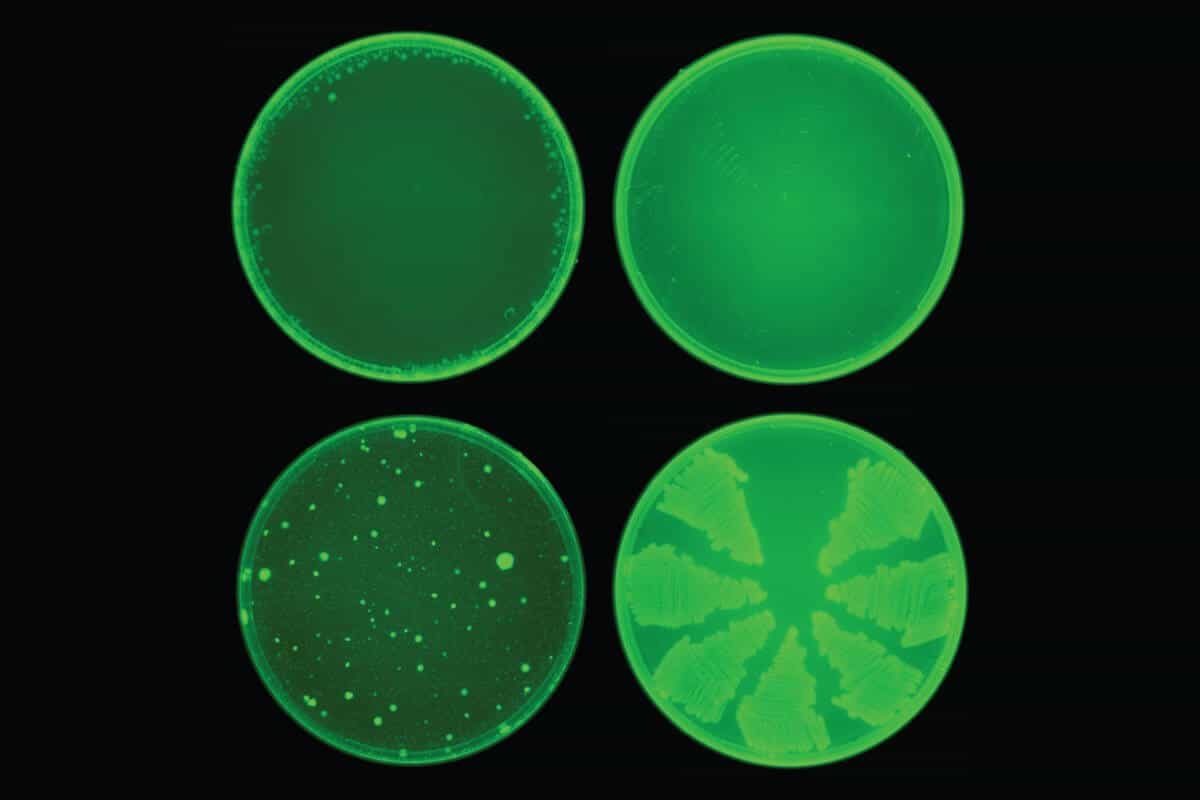 (Halicin (top row) prevented the development of antibiotic resistance in E. coli, while ciprofloxacin (bottom row) did not.)

The molecule, which they dubbed halicin after the computer “HAL” in 2001: A Space Odyssey, was tested against dozens of strains of bacteria and found to be effective in eradicating many of them including Acinetobacter baumannii, Clostridium difficile and Mycobacterium tuberculosis.

In mice infected with a particular strain of A. baumannii that is resistant to all known antibiotics, halicin completely cleared up infections within 24 hours.

Researchers believe halicin kills bacteria by rattling its ability to maintain an electrochemical connection across cell membranes. This gradient is necessary to produce ATP and without it, the cells die. What’s more, it proved effective against mutations.

The researchers’ model has since been used to identify 23 other candidates, two of which were particularly powerful against bacteria. They plan to conduct additional testing on halicin and work with a nonprofit or pharmaceutical company to develop it for human use.