Inspired by projects such as Axie Infinity, which recently achieved a market capitalization of $9 billion according to Coingecko, play-to-earn is one of the sectors that is managing to raise the most money in the blockchain world. In Spain, the video game studio Champions Games presents the first metaverse football game, MetaSoccer, which is based on blockchain technology, a play-to-earn NFT project.

To continue growing, the company has just raised 2 million euros in a recent round of financing supported by the investment fund Play Ventures. It has the advice of specialized companies in the sector such as Ath21 and Polygon and, in addition, highly regarded international funds such as Play Ventures, Defiance Capital, Parafi Capital, DAO Maker, Kyros Ventures and Metrix Capital have entered.  Defiance Capital and Parafi Capital are two of the most important crypto specialized funds in the world.

MetaSoccer is aimed at both play-to-earn players and football fans to enter the new metaverse, a term to refer to the virtual world parallel to the real one in which you interact with other users through digital devices.  The ultimate goal of the Spanish startup, as its co-founder and COO, Patxi Barrios, explains “is to create a new generation of digital native football players and clubs, which in the coming years will achieve similar ratings to those of professional football leagues.  Ultimately, we aspire for the next Messi to be born in the metaverse and play on a platform like ours.”

The first step is to allocate the funding obtained to the dual purpose that the company has set for 2022: on the one hand, to develop and execute the video game with the hiring of new profiles specialized in the development of Golang technologies and onchain programming in Solidity. On the other hand, marketing actions will be reinforced to give more visibility to the project. This will include advisors on digital and football content.

The project is supported by streamers and Youtubers such as Willy Rex, Reven and Kmanus88, who have millions of followers. According to Kmanus 88 himself, “MetaSoccer has three key points to be the next milestone in the world of blockchain gaming: it is the first football metaverse with unique characteristics, it has a new economic model based on token bonding curve that brings stability to the token and as a studio they have over 6 years of experience in developing video games.”

MetaSoccer is part of a new sector that is in full swing, combining blockchain technology, decentralized finance, sports betting and football.

This is part of the blockchain sector and NFT technologies, which is another market that is still in its early stage. As a result, MetaSoccer is targeting three sectors with a $400 billion turnover.

A universe based on the MetaSoccer token: buying and selling assets in the metaverse

MetaSoccer users own their assets on the gaming platform (teams, stadiums, players, etc.) and transactions are made with the MetaSoccer Universe (MSU) token.

They have the ability to create and lead their own teams and generate revenue while playing. It closely resembles real clubs because the user can generate income through their assets, by renting their stadiums, or by selling players. Another way that the user has to raise funds is through the sponsorship of their club.

In addition, managers can also train their players to improve, trying to achieve their maximum performance. At the same time, players age and eventually retire.

At the moment, MetaSoccer has sold 72 million MSU in a private pre-sale and 18 million in a public pre-sale.  The public sale of its token will be on December 7th through the DAO Maker platform. Additionally, the NFT drop sale will take place on December 25 on the MetaSoccer marketplace.

Metassoccer is an earn-to-play alternative football universe developed primarily on the blockchain.  The video game was born with the intention of being the starting point of a new paradigm in the football ecosystem, decentralized and of which it is an active part in many ways. This universe is a combination of 3 billion-dollar markets with global impact: video games, football and sports betting, all merged by blockchain and NFT technologies. Metassoccer is part of a new generation of video games in which users can earn cryptocurrency through their contributions to the ecosystem. 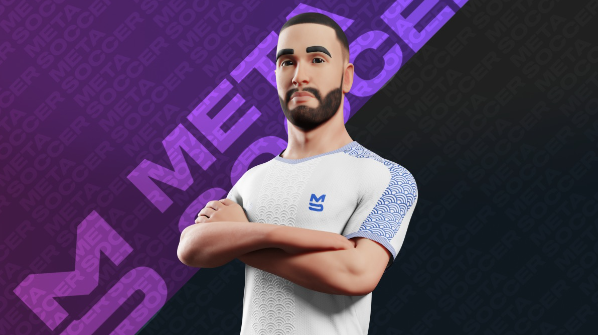