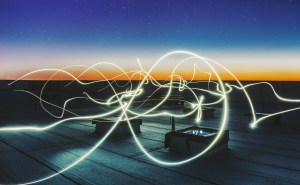 Blockchain startup Marlin has released its relay network framework OpenWeaver in an effort to speed up block propagation on the Ethereum network.

Based in San Francisco, U.S. and Bangalore, India, Marlin’s open-source “Layer 0” OpenWeaver enables users to find and build blocks quicker on Ethereum than those only leaning on the traditional network’s structure, according to a blog post shared with CoinDesk.

Moreover, OpenWeaver also presents a business use-case for mining services and trading. The relay network alerts users to incoming blockchain transactions quicker than the typical network can by cutting a high-speed path through the chain’s peer-to-peer (P2P) architecture.

As an open-source project, OpenWeaver hopes to strengthen the decentralization of the Ethereum network by providing another rail for crypto transactions to be processed.

“Ethereum itself has 60% of its nodes concentrated on cloud services,” Marlin CEO Siddhartha Dutta said in a phone interview with CoinDesk. “When most of your nodes are running or situated or located in the same region on the same cloud service, taking them down at once becomes particularly easy.”

Blockchains transfer information like high school gossip: from one person to the next. Everyone hears the scuttlebutt at some point. In the same manner, when a user sends ether (ETH) from their wallet to someone else, they announce the transaction to other computers (nodes) next to theirs, which is then shouted across the network by other nodes.

A downside of this feature is the slow speed with which information carries across crowds and the ability to “corner” certain information as it spreads.

Relay networks operate as a workaround wherein a new transaction is broadcast through a select set of nodes. Think of it like best friends sharing a secret among themselves before the news breaks across the school.

The idea is not totally novel, however. Content Delivery Networks (CDN) went live in the 1990s to slice across the web faster. In crypto, there’s projects like Bitcoin Core developer Matt Corallo’s FIBRE project which replaced the earlier Bitcoin Relay Network.

FIBRE is an open-source attempt at creating multiple Layer 0 solutions for speeding up block propagation. The network has only six nodes across three continents connected by high-speed internet to the Bitcoin blockchain.

The project was later included in Bitcoin Core’s software itself in March 2017 with the release of Bitcoin Core 0.14.0

Since then, mining firms – particularly smaller operations – or trading platforms have been able to connect to FIBRE or make their own relay network to process transactions faster than the regular network, which disseminates transactions slowly from node to node. Relays can also work as an emergency backup in case of political crackdowns on node operators.

Every blockchain may need a relay network in a multi-chain future. That’s why Marlin built OpenWeaver as an agnostic system that can be deployed in just a few lines of script, Dutta said.

Venture capital-backed BloXroute is one competitor to Marlin’s OpenWeaver, which also focuses on Ethereum. The network successfully decreased block propagation times by half when tested by independent blockchain analytics company Akomba Labs in November 2019. BloXroute is also an open-source project, but maintains its own token for paying service fees.

One place OpenWeaver could be successful is onboarding consumers into Ethereum, Dutta said.

As a de facto routing network, decentralized applications (dapps) could “subscribe” to a relay network, which would act as a virtual “gas station” for the Ethereum blockchain in what are called “meta transactions.” (In Ethereum you have to purchase the native unit ether to use applications.)

Relayers could provide a way for dapps to cover a user’s gas tab on the front end, which would help address the long-standing hindrance of newbies entering the crypto game, he said.

Workarounds like OpenWeaver could also appeal to DeFi products that have to interact with the main Ethereum blockchain. Instead of competing against other users by bidding up gas prices, a Layer 0 solution allows a product to take its own sideroad to settle transactions.

“Traders want low latency connections to miners and mining pools and because of arbitrage and liquidators that exist in DeFi. Relayer networks allow traders to have low-latency mempool syncs….It’s like high-frequency trading happening on a per-block basis,” Dutta said.

Polkadot (DOT) $ 10.03
We use cookies to personalise content and ads, to provide social media features and to analyse our traffic. We also share information about your use of our site with our social media, advertising and analytics partners who may combine it with other information that you’ve provided to them or that they’ve collected from your use of their services.
Accept
Read more
Change Settings
Cookie Box Settings
Cookie Box Settings