Surpassed Its Seed Round Target by 20%

NEW YORK, NY, Oct. 06, 2022 (GLOBE NEWSWIRE) — Audiolox, a blockchain-powered and secure music platform, announced that the early-stage pledges from investors were 20% higher than its seed round target. The Dubai-based company was launched on October 5, 2022, and is already attracting investors’ confidence. The event, held at the Dubai SLS hotel’s convention hall, was anchored by CLS. 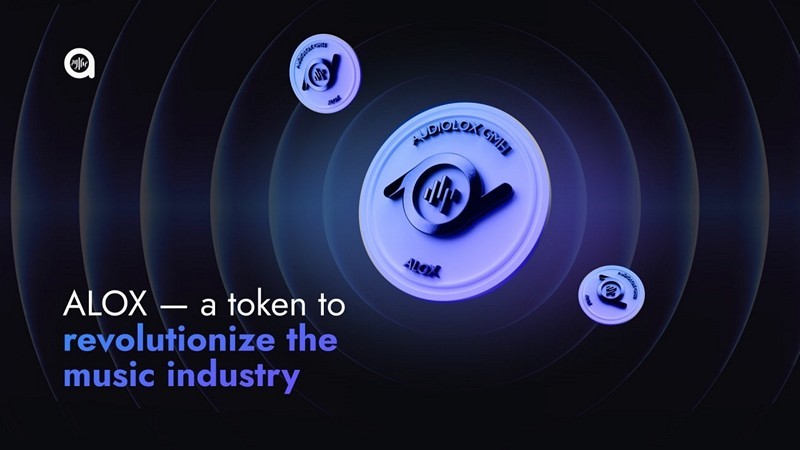 The idea for the creation of Audiolox was first conceptuliazed in 2019, as a blockchain streaming application. However, after seeing the challenges artists face with contracts from record labales and notable streaming giants, incesant breach of users’ data, etc. the team decided to combine blockchain technology and artificial intelligence. This innovative approach gave birth to the Audiolox Secure Music Platform.

According to the founding team, the mission of the project is to be the first platform that allows writers, singers, producers, etc to share music with a large audience in a fast, secure, and environmentally safe manner.

One of the major highlights of the project launch was the presentation of the Audiolox technology to the guests by Dr. Mark Lane, the brain behind the creation of Audiolox music application. After the presentation, there was an exclusive private rooftop after-party where VIPs could interact with crypto leaders and experts. In his statement, Dr. Mark revealed that “Audiolox is the first fully decentralized Web3 Secure Music Application based on the new Loxsync Technologies Artificial Intelligence structure.”

Dr. Mark Lane is the founder and Chief Technical Officer (CTO) of Audiolox technologies. He is also the Project contractor for a number of well-known companies.

Below are the development plans for the Audiolox project:

Audiolox is a Web3 decentralized music application. Motivated by the difficulties encountered with web2 music applications, such as the use of third-party databases for storing files which makes it vulnerable for hackers to infiltrate, and the low-income base for the various music platforms, the founding team created Audiolox to reposition the music industry towards the future by utilizing web3 features and blockchain structures.

Audiolox is an innovative and revolutionary new Artificial Intelligence music app technology, mainly developed to serve the music industry. The infrastructures of Audiolox were developed from the mix of blockchain and Loxsync’s AI features, the first of its kind.

Driven by the desire to craft a difference in the music industry, the Audiolox team came up with the first-ever blockchain and web3-inspired music application specifically designed to serve the needs of songwriters, producers, users, and artists. Audiolox is gradually adopting full decentralization status within the music industry. This is possible given the presence of blockchain infrastructures and the new AI. Moreover, Audiolox offers a competitive payout package to its users. Users earn One Penny Per Play (OPPP), the highest for any existing music application.

ALOX is a dual-purpose token that will be used within the Audiolox application. First, the token will help the team to raise the last round of funding required to complete the full development of the Audiolox application. The second use case of the ALOX token is that it will serve as a utility token for in-app transactions like individual subscriptions and online merchandise.

Polygon (MATIC) $ 0.861971
We use cookies to personalise content and ads, to provide social media features and to analyse our traffic. We also share information about your use of our site with our social media, advertising and analytics partners who may combine it with other information that you’ve provided to them or that they’ve collected from your use of their services.
Accept
Read more
Change Settings
Cookie Box Settings
Cookie Box Settings