0Shares
Contents hide
1 But Dad, there’s nothing to do: If you are already bored with sitting at home against your will, you’ll be happy to know that the spring gaming season is nearly upon us. Several developers have titles coming out over the next several weeks, and some new content is already available.
2 Related Reads

But Dad, there’s nothing to do: If you are already bored with sitting at home against your will, you’ll be happy to know that the spring gaming season is nearly upon us. Several developers have titles coming out over the next several weeks, and some new content is already available.

With entertainment and food venues shutting down and people being ordered to stay home, at least game developers have been keeping busy. This week has seen several announcements of new releases and content updates to help pass the time while we weather the hysteria.

First up, players will now be able to decorate the cockpits of their ships with a small collection of bobblehead figurines.

collecting bobblehead figurines? is that something? please god let that be something 😅

“These synthetic polymer companions can be installed in any starship cockpit, and will sway their articulated heads with the movements of your ship,” said HG Managing Director and co-founder Sean Murray.

The first set features Space Anomaly dwellers Polo and Nada and is unlocked by default. Players that take the time to complete all of Polo and Nada’s research missions will gain access to a second set containing bobbles based on new flora — the Umbrella Tree, Writhing Bush, and Entwining Tree.

The cosmetic items are available at the Quicksilver bot located in the Space Anomaly for an undisclosed amount of Quicksilver. Quicksilver is an in-game currency that can only be earned by participating in community events (still no real-world cash microtransactions). 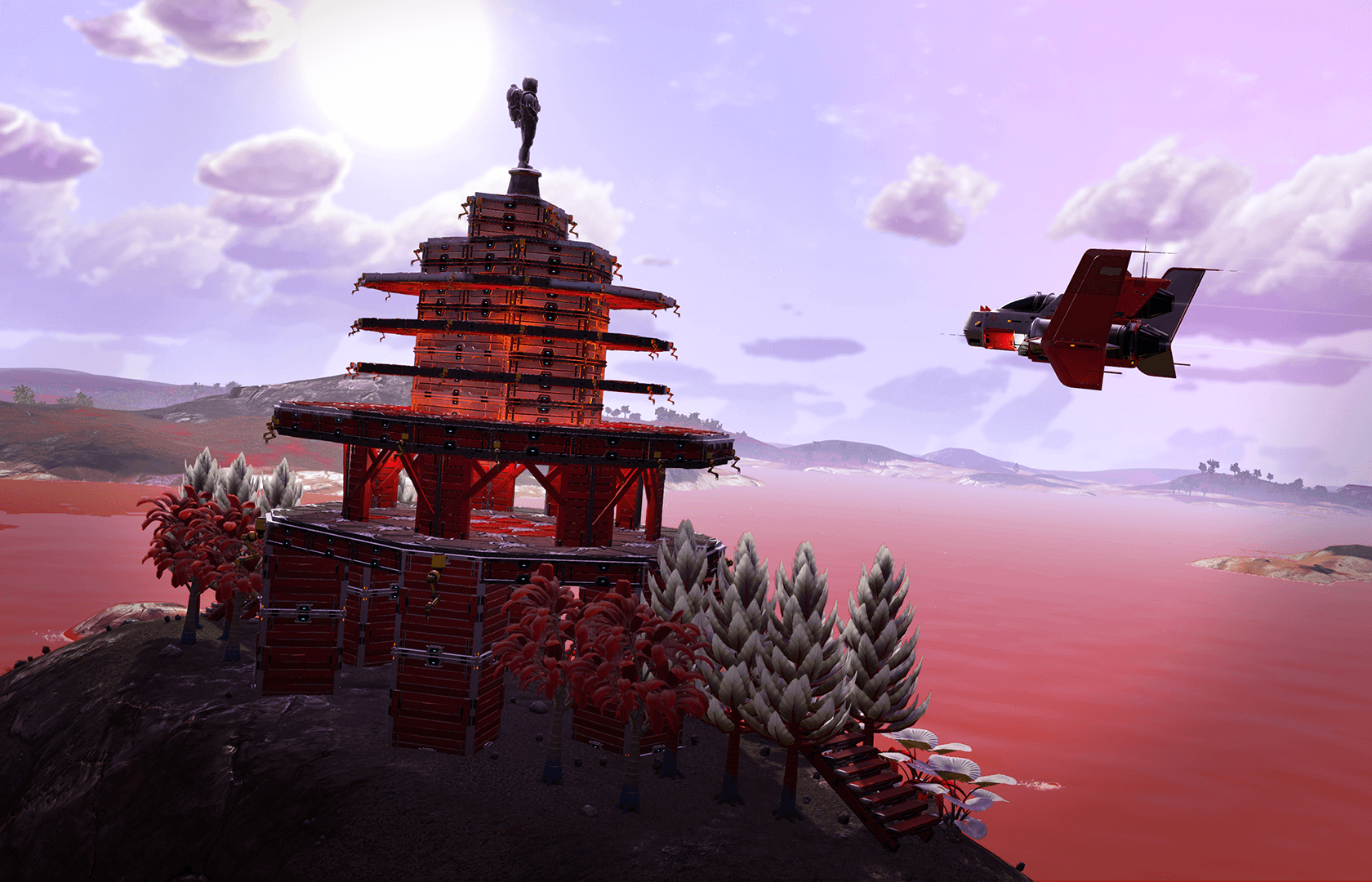 Another addition is Mercury’s teleporter. This hub will whisk players to featured bases built by other players. It makes it much easier to visit creative constructs without having to find a portal and enter the long string of icon coordinates to go there.

Murray said the teleporter would rotate base builds regularly. Players can have their creations considered for feature selection by submitting their game mode, portal coordinates, current galaxy, username, and platform through the No Man’s Sky subreddit or Twitter.

Outside of No Man’s Sky, Hello Games also announced its newest game, The Last Campfire, will be hitting the Switch, PlayStation 4, Xbox One, and PC this summer.