Anyone who wants to make more money should look at the bigger cryptocurrencies like Bitcoin and Ether. Taking a look at Dogecoin, one notices its thriving community. Although its price is considerably low, it is still worth a shot. Dogecoin crypto started as a joke but it has grown leaps and bounds and today it has a market cap of $393,731,463 USD.

Based on its historical path, the crypto has traversed a bumpy ride so far. It is currently trading at $0.003140 USD.

Contents hide
1 What Is Dogecoin And Why Buy It?
2 The Community
3 Price Prediction For Dogecoin

What Is Dogecoin And Why Buy It?

Dogecoin was launched by founders to satirize the entire crypto phenomena. The price of this altcoin is significantly low compared to its competitors in the cryptocurrency space. Thus, it is a low-risk investment and a lucrative opportunity for beginners.

The token is expected to stick around for a long time and the fact that it was launched in 2013 and it is still going strong is proof of that. Furthermore, the fact that it is used as a ‘tipping’ coin to reward users on the internet. It is used in this manner due to its low value which makes it probable to stick out for a longer period.

The altcoin season may push it higher as the community gains confidence and invests in the Dogecoin token.

Dogecoin investing is community-based and it is exactly the place where its potential lies. For instance, disaster happened several weeks after its original release in 2013. A hacker stole 21 million DOGE on December 25 which was worth $12,000 at the time.

The community came in immediately and launched a fundraiser to replace the stolen coins. The community managed to replace the stolen funds by February 2014. This generosity is on display constantly which is the reason why so many people want to learn how to invest in Dogecoin or any related Dogecoin stock. It is significantly friendlier compared to most of the other crypto communities. 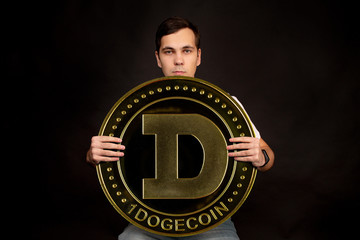 Yet, DOGE started as a joke. Jackson Palmer used the likeness of an internet meme to make a digital currency. Many people remember the Shiba Inu dog meme. The dog became an overnight sensation around the same time that Bitcoin was taking off. Palmer and programmer Billy Marcus released the “joke currency” on December 6, 2013.

Over 100 billion DOGE coins were in circulation by 2015. The coin’s value had jumped on many occasions since and it now has a market capitalization of more than $340 million. Thus, it is one of the most important cryptos available taking position 31 in the market cap list.

When predicting the future of the crypto, it is important to consider what the founders had in mind. Jackson Palmer, the co-founder, left the Dogecoin team in 2015. He said in an interview:

“With no immediate plans for development, it looks like the coin will slowly become stagnant in the future. The circulating supply of Dogecoin is astronomical, which will deter the price of the cryptocurrency from rising any further.” 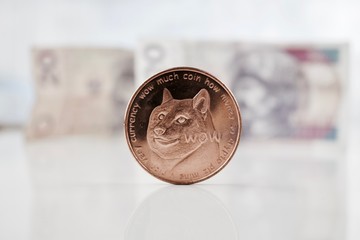 It is not difficult to mine Dogecoin. Thus, it will most likely continue being in circulation for many years to come. Currently, it appears like the currency will not see a rise in price soon. People are becoming serious about their investments as the market becomes more competitive.

A lot of money is riding on the crypto market and with developments happening, Dogecoin may see a surge in its price. Although it started as a joke meme, it is gradually becoming a serious investment opportunity.