While most of the Crypto space has been all about “decentralization-only” concepts, ideas and features, there exists a little-known cryptocurrency token that aims to link both centralized and decentralized systems.

Referred to as Chainlink (LINK) this little-known cryptocurrency hopes to create the best of both worlds to create a crossover of sorts between all kinds of systems both centralized and decentralized.

Contents hide
1 The Problem: The Immutability of Blockchains and the Dynamism of Centralized Systems
2 Chainlink and Oracles

The Problem: The Immutability of Blockchains and the Dynamism of Centralized Systems

When it comes to the storage of data and data-driven systems, there is one feature that comes to mind.

This has to do with how the data is stored.

It is this “how” that enables different kinds of operations to be possible in the different types of data systems.

Blockchain systems due to the storage of set values within the blockchain always have their values set once the data is written into the blockchain meaning that entries into the confirmed ledgers on blockchains can’t be changed once they have been set.

Centralized systems, on the other hand, can always be changed and this always plays to the fact that most technology base systems always want the dynamism of changing data which can be changed one way or the other.

This, of course, has its issues security-wise, also in terms of transparency and integrity of data and in other ways as well.

Chainlink, however, utilizes the use of oracles which are in essence types of smart contracts that work with both on-chain and off-chain sources of data to execute the said terms of other smart contracts.

The essence of oracles is to serve as the bridge between Application Program Interfaces (APIs) which also serve as the primary links to data sources.

This, of course, has made LINK to become one of the most sought after Tokens due to the sheer adaptability and flexibility that it brings to the table.

Chainlink can also link different blockchains together and execute different terms of contracts between the blockchains.

This has already created a new paradigm within the cryptospace such that it is now the 14th most valuable Cryptocurrency in terms of capitalization and has a different appreciation trajectory than the other altcoins which have been looking for definition since the 2017 bubble which burst on January 2018.

Chainlink started this year at $0.25 and went up to an all-time high of $40 but also returned to previous price levels.

This indicates that the model that Chainlink as a cryptocurrency token that integrates with just about anything could make it be the most sought after cryptocurrency in 2020 when the cryptospace takes off.

Their partnerships with both Google and Oracle on payment systems show the robust nature of Chainlink’s technology which again is another plus.

Other partners such as SWIFT, Gartner, and IC3 also indicate that Chainlink has a certain future in the cryptospace.

Very much so, solutions such as Chainlink can provide the kind of adoption that everyone in the crypto space has been waiting for.

This of course depends on how successful LINK’s business model is and they are the only ones who can seriously answer that question in all honesty. 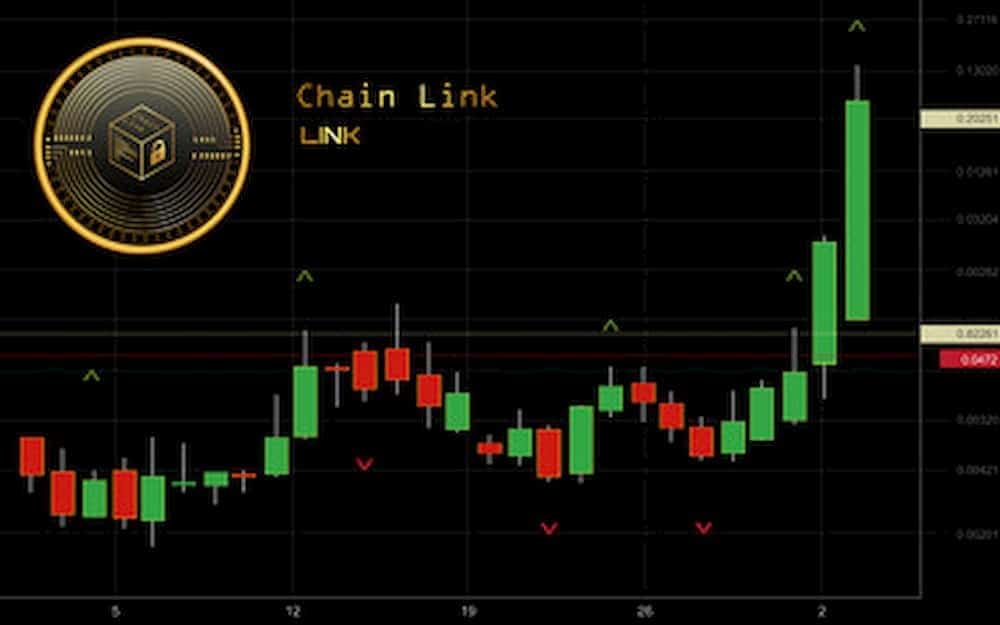