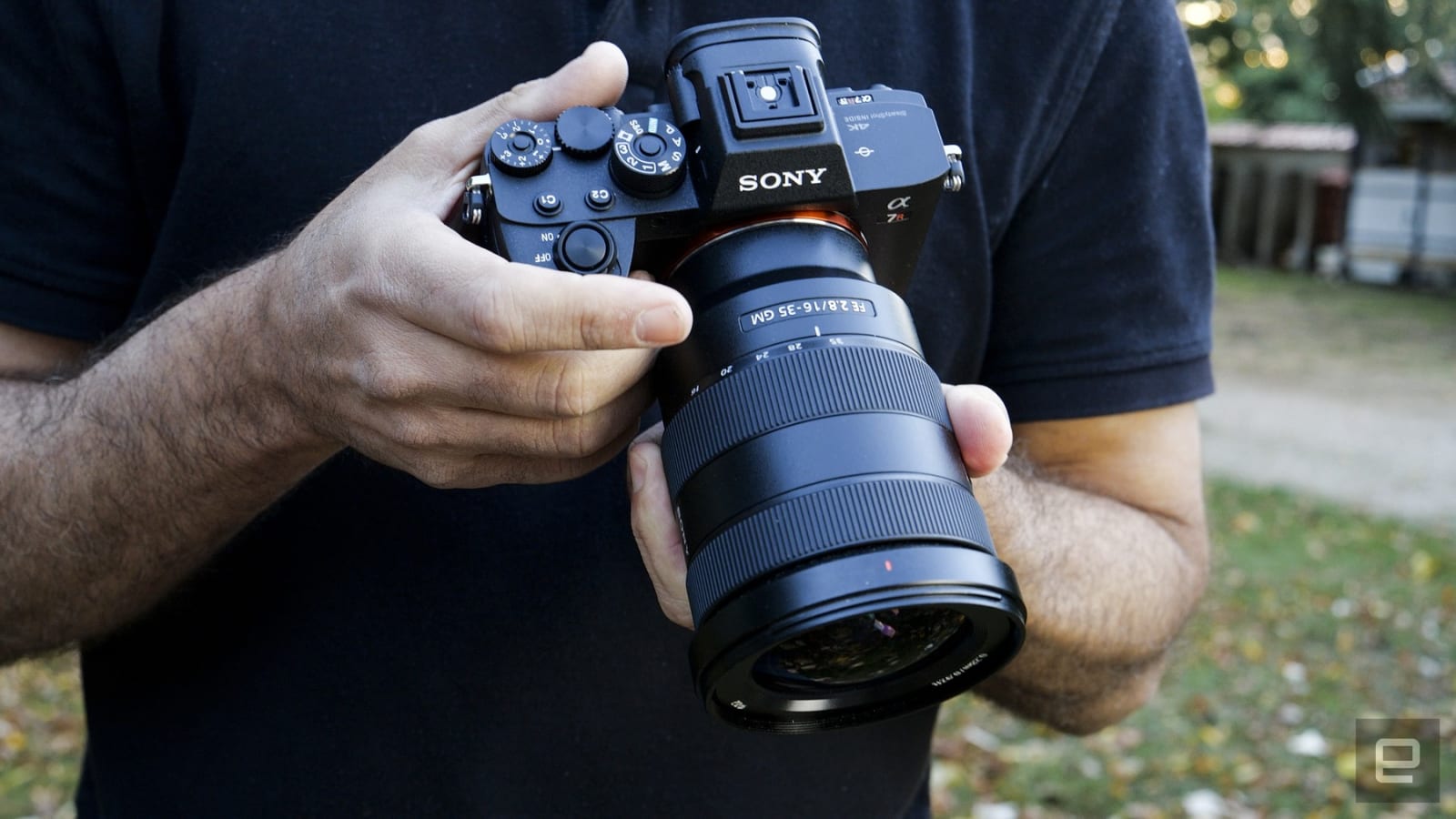 Most of Sony’s models this year, including the A6600, A9 Mark II and A6400, were iterative refreshes. Not the A7R IV, though! Sony blew our minds by unveiling a 61-megapixel camera that can shoot at up to 10 fps.

Not only is this the highest-resolution full-frame camera available, it has a redesigned body with a bigger grip, a longer-lasting battery and more professional handling. The A7R III took a rap from pros for being fussy to use, but the A7R IV has officially put that issue to bed.

The A7R IV also has the best autofocus system of any high-end mirrorless camera, by far, with extremely rapid subject tracking and eye detection. It can handle 4K video very well and even do some sports shooting, which is incredible for an ultra-high-resolution camera.

Sony’s ace in the hole is its advanced tech. It builds the EVFs, sensors, card readers and other parts not just for itself, but many of its rivals, too. With the A7 III, it now has two cameras that dominate the lucrative mid-range and high-end full-frame mirrorless markets, and the competition is a long way behind. Still, Sony can’t get complacent. I found its latest APS-C models had great AF tech but were otherwise boring, and it now trails Fujifilm in that category. If that situation doesn’t change in 2020, it’ll be Sony that’s playing catch-up. 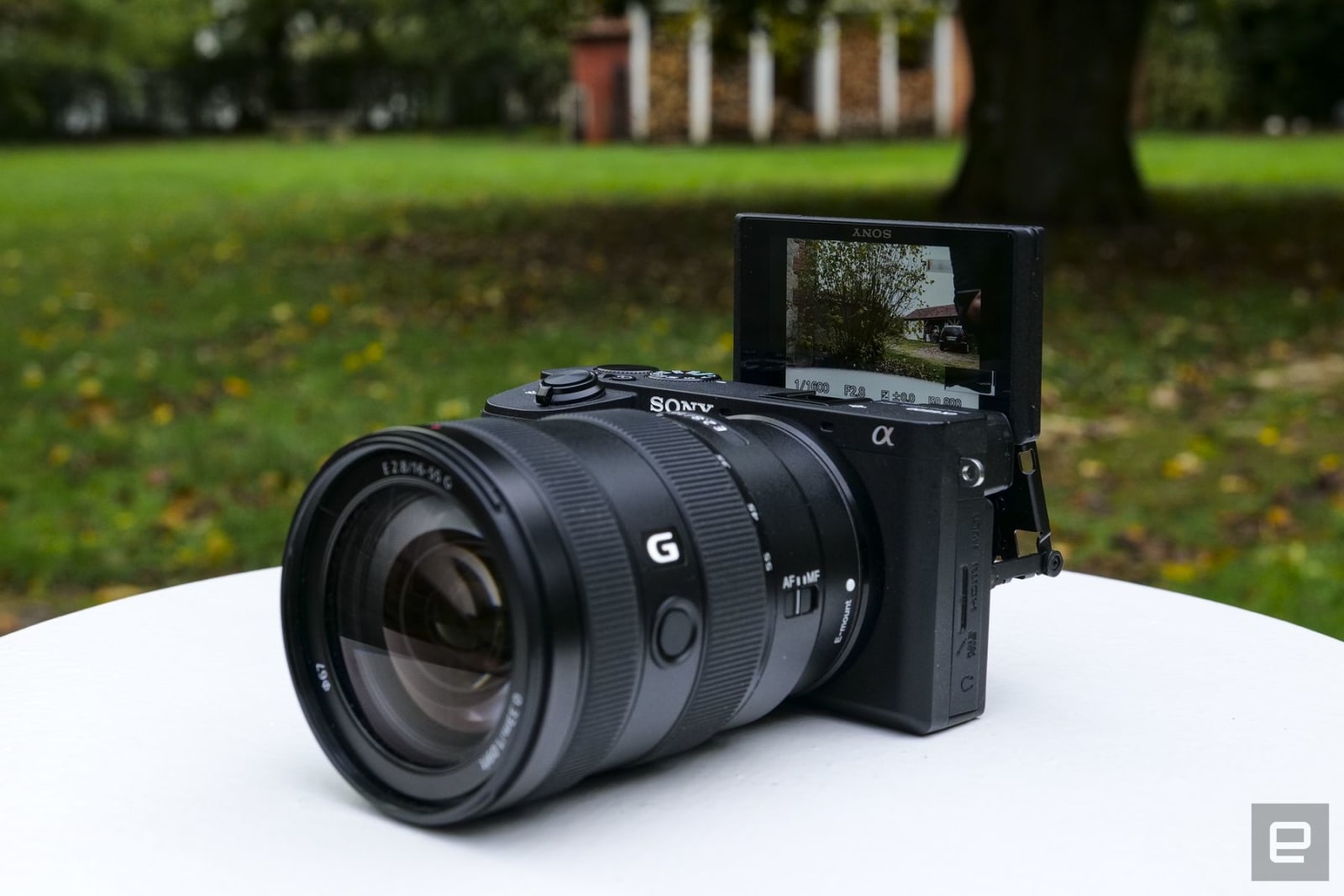 Sony unveiled no less than three new APS-C mirrorless cameras in 2019, none of which were as inspiring as the A7R IV. They’re also very similar to each other, which makes it hard for buyers to tell one from the other.

Because of its relatively low $650 price, the A6100 is the most interesting of the bunch to me. It has the best autofocus system of any APS-C camera, thanks to the subject and eye tracking — once you figure out how to use it, that is. Image and 4K-video quality are good and low-light capability is excellent. However, the aging 24.2-megapixel sensor has bad rolling shutter visible in both photos and videos. It also handles poorly, has a lousy menu system and just a single UHS I card slot.

You can say all of that about the $900 A6400, too, because it has the same shooting speeds, display, sensor, autofocus system, storage and video capability. For the extra cash, it’s sealed against dust and moisture and offers better EVF (2.4 million dots compared to 1.44 million), picture profiles and a slightly bigger buffer.

The $1,200 A6600 shares many of the A6400’s features, but packs a bigger grip, headphone jack on top of the microphone input, a bigger battery and, most importantly, five-axis image stabilization.

The existence of all three models would perhaps make sense with more price differentiation, so expect Sony to fiddle with prices this year. To me, though, Fujifilm offers more compelling models in the enthusiast and high-end APS-C segment. 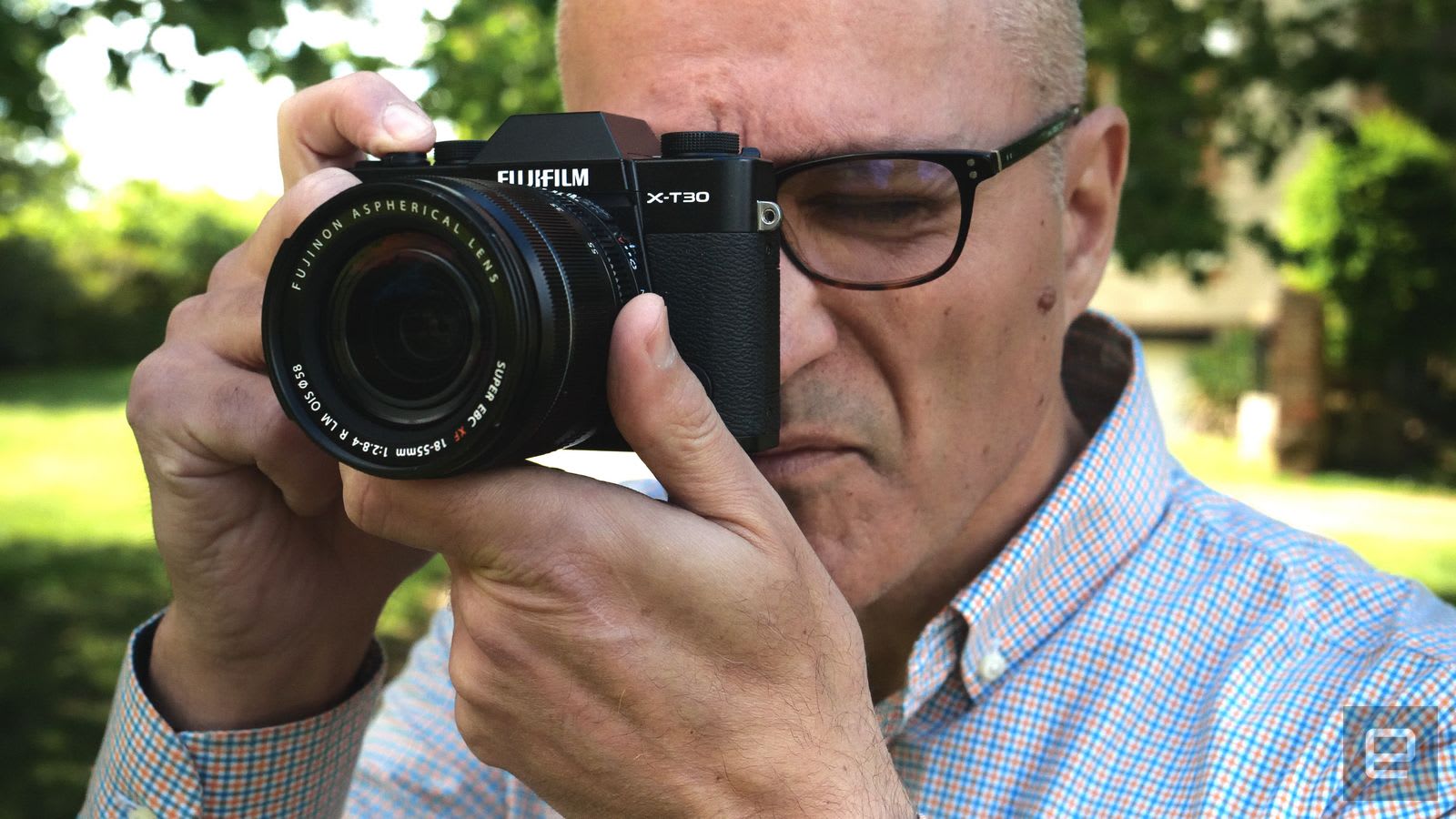 Unlike Sony with its APS-C cameras, Fujifilm has nailed the art of market segmentation — the $800 X-T30 is the perfect complement to last year’s $1,300 X-T3. It delivers many of the same features, but the X-T3 has enough goodies to justify the extra $500. In other words, both cameras are desirable in their own budget categories.

Like the X-T3, the X-T30 has a 26.2-megapixel sensor, identical shooting speeds and the same autofocus system with eye-tracking tech. It also has 4K video with a few nice features, including 10-bit external output and a USB-C port that doubles as a headphone jack. However, it has just a single card slot and lacks the 10-bit internal 4K recording and long continuous recording desirable for video specialists.

The X-T30 is nice and small for street/tourist photography, and it actually has a few incredible features for the price. Namely, there’s a blackout-free EVF in electronic shutter mode, meaning you can see what you’re shooting at all times — a feature not found on many other mirrorless cameras (with the X-T3 and Sony’s A9 II as notable exceptions). 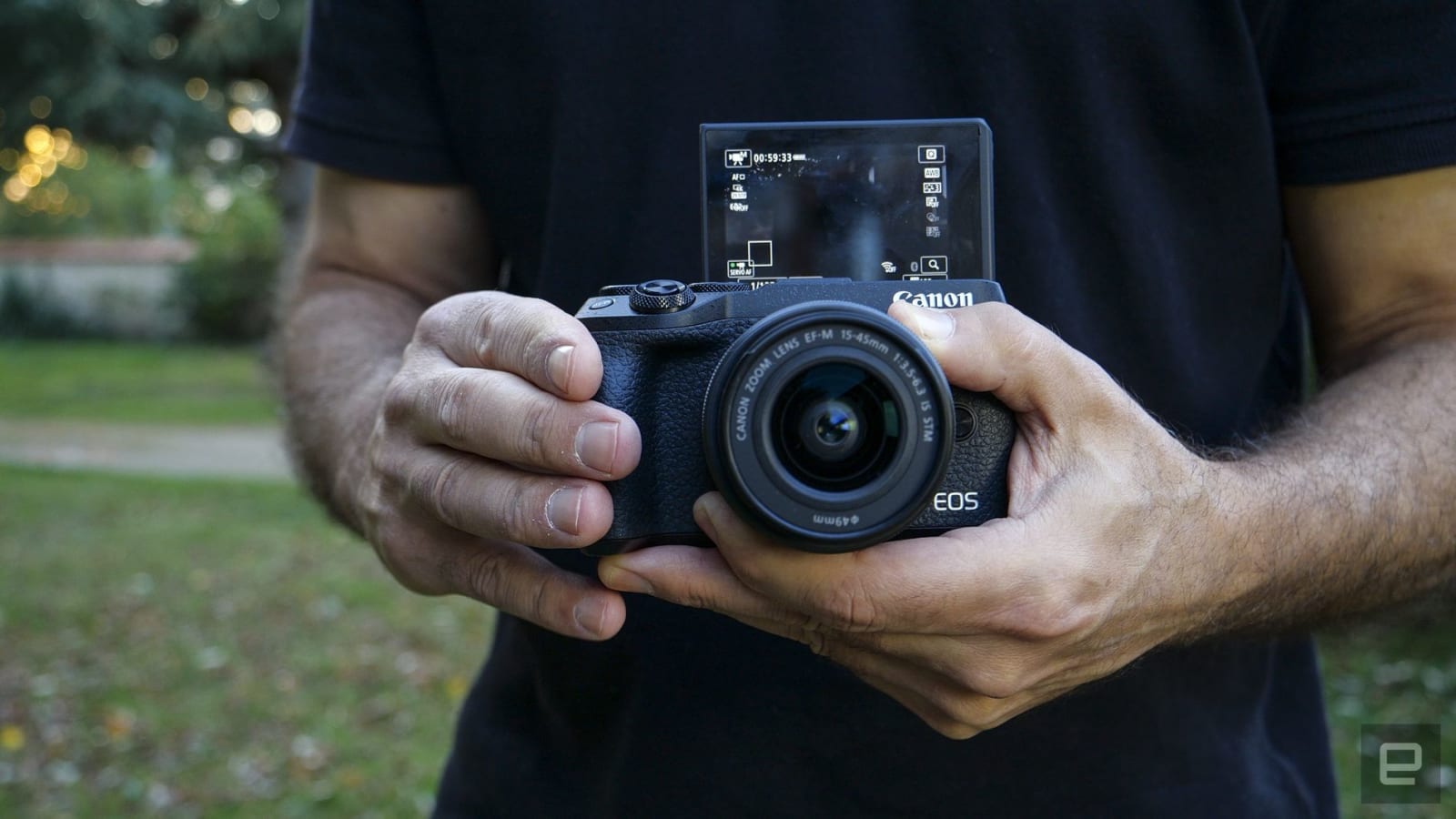 Canon had been pretty quiet on the M-series front as of late, but changed when it unveiled the M6 Mark II, its new flagship APS-C mirrorless camera. It’s an incredible camera in some ways, but disappointing in others. It delivers incredible 14 fps shooting speeds with autofocus enabled, and nails focus thanks to Canon’s Dual Pixel AF system. However, it doesn’t come with an electronic viewfinder, which seems like a bizarre omission. And video is only mediocre compared to what you get on all its rivals, particularly the Fujifilm X-T30.

Nikon launched its first APS-C mirrorless camera, the Z50, into a very competitive market. It immediately faced some strong competition, particularly Fujifilm’s X-T30. It handles great, but trails rivals in autofocus, shooting speeds and video and image quality. It’s a decent first effort, but Nikon has some catching up to do. 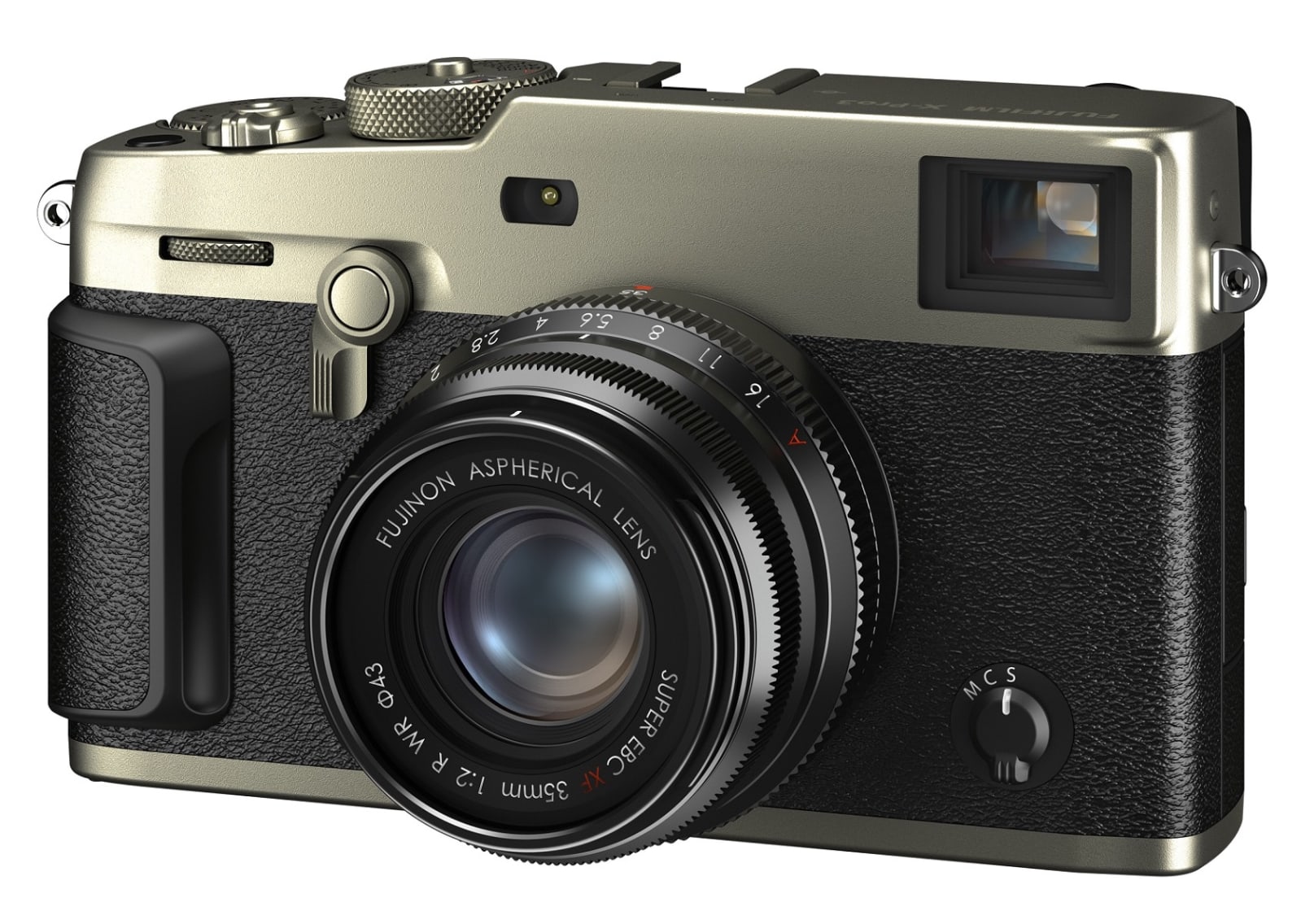 The X-Pro2 was already a delightfully eccentric camera, but Fujifilm has doubled the weirdness on the $1,800 X-Pro3. You get the same hybrid optical/electronic viewfinder (albeit with fewer magnification options), but now the rear display has changed as well. To “keep you in the moment,” as Fujifilm said, you can’t actually see what you’re shooting unless you flip the display down. Instead, it shows the type of “film stock” you’re using as if it were an old-school 35mm camera.

Otherwise, the 26.2-megapixel sensor and other guts are the same as in the X-T3. So why not just get an X-T3 then, you might ask? For sure, the X-Pro3 has more dashing looks (and the X-T3 is no slouch in that category), along with a bulletproof titanium body and an emphasis on the art of photography. If you’re still wondering why to get it, then you’re clearly not the type of person it’s designed for. 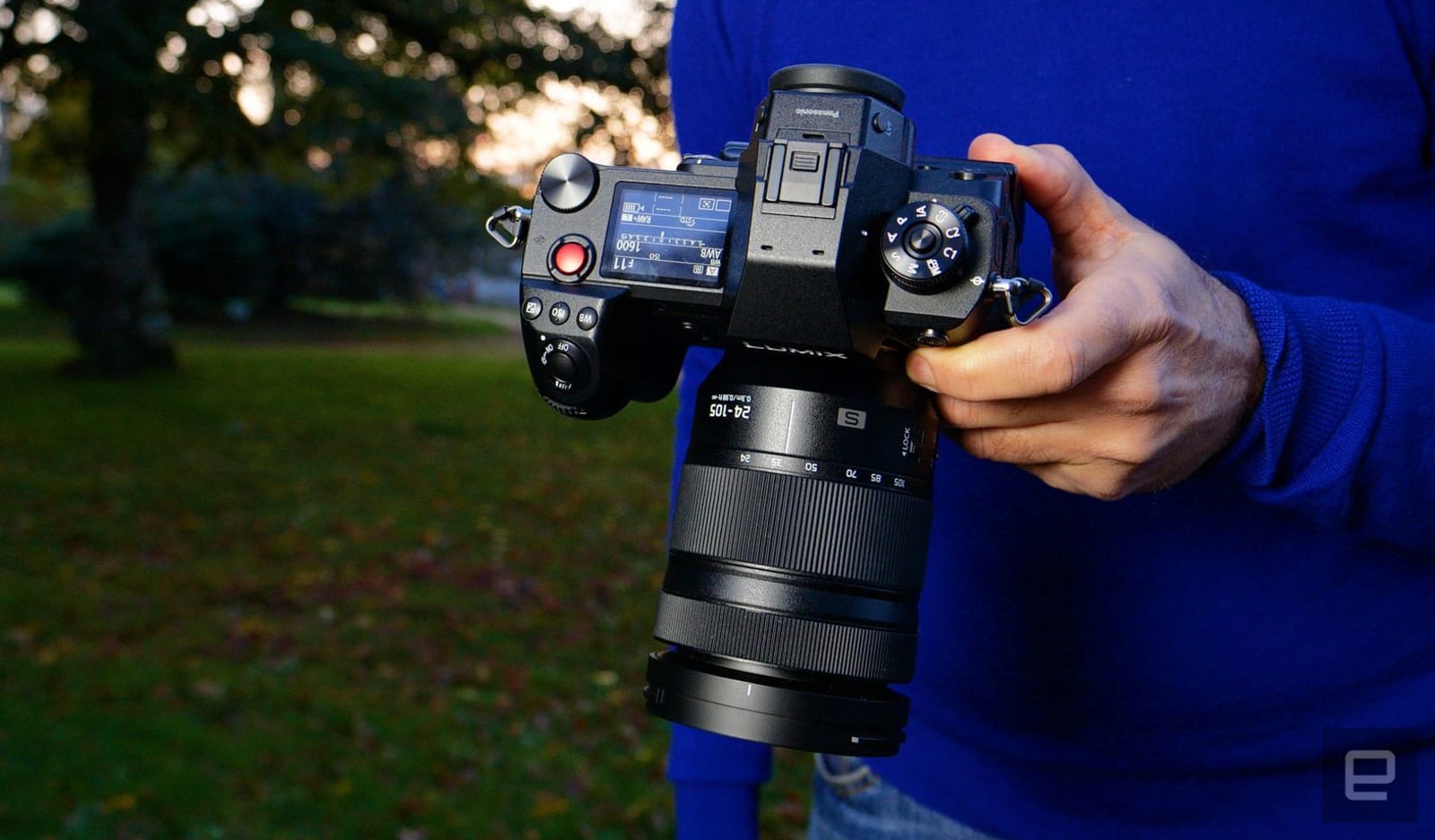 For videographers, Panasonic’s GH5 camera is catnip, thanks to a flip-around screen, 10-bit recording and other great video-centric features. Now take all that and double it (including the price) and you have the $4,000 S1H.

With a full-frame dual-ISO sensor, you get shallow depth of field with cinematic bokeh, along with incredible low-light capability — some of the best I’ve ever seen. Plus, you can shoot DCI 4K video at 60 fps, and even 6K 24p video. All of that was enough to get it Netflix’s coveted production seal of approval, making it the cheapest full-frame camera in that category, by far.

The contrast-detect AF is not quite as good as you’ll find on Sony or Canon cameras, either for video or photos. That aside, it’s the best mirrorless camera for video I’ve ever tried. Anecdotally, I’ve noticed that many YouTubers and serious production pros are already using it, and it’s only been on the market for about a month. 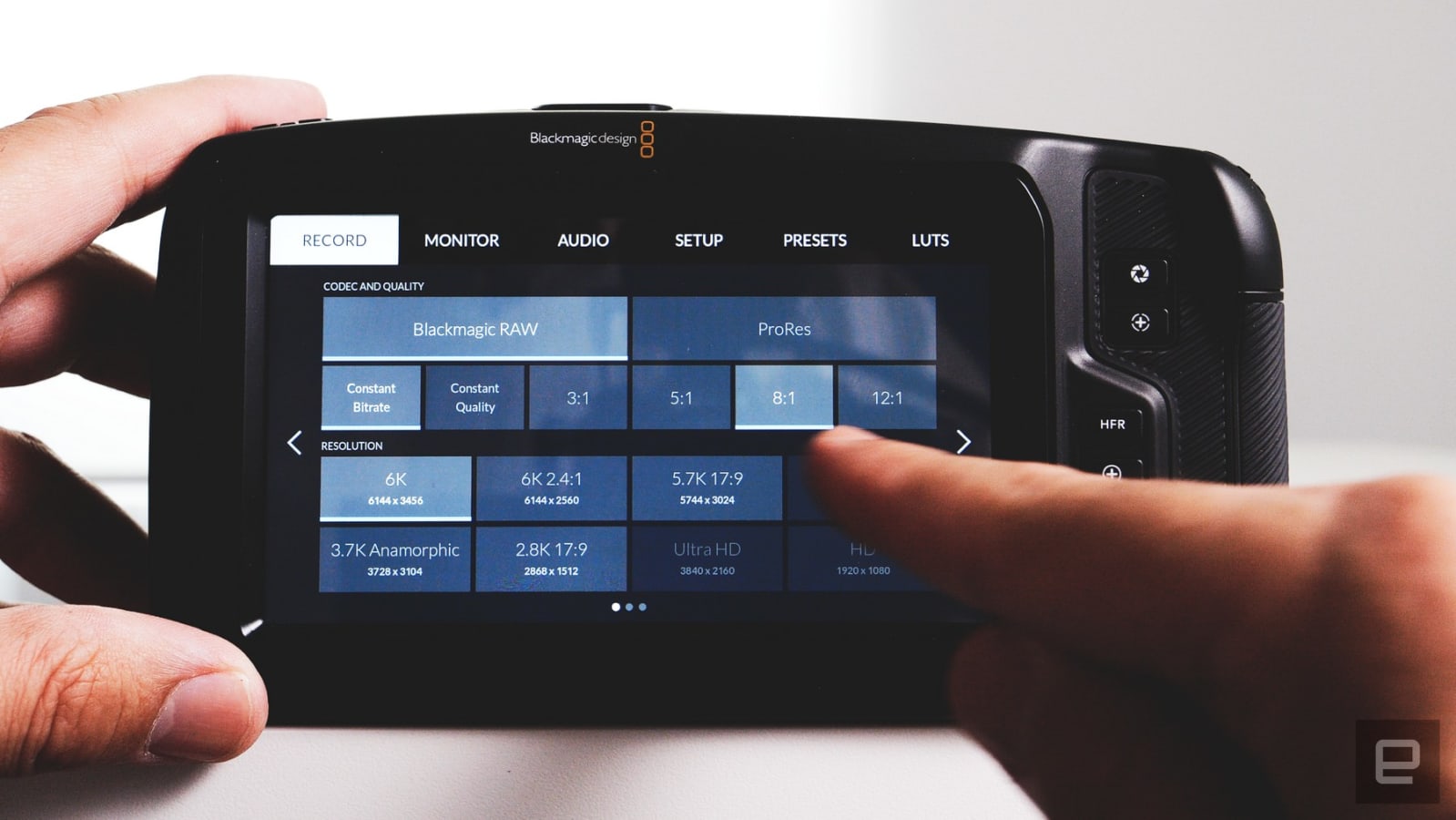 Speaking of serious production cameras, take the BMPCC 6K. It actually beats the S1H in overall resolution and frame speeds, topping out at 6K at 60 fps — all for just $2,495. Not only that, you can capture your footage in 12-bit quality with Blackmagic’s RAW format or 10-bit ProRes, depending on the resolution. And it takes EF or EF/S Canon lenses.

The BMPCC is not for casuals, as it has no continuous autofocus system at all. Still, it can serve as a full production camera for many indie filmmakers, which is awesome for such a cheap product.

The most eagerly anticipated camera of 2020 has got to be Sony’s video-centric low-light specialist, the α7S III. Its predecessor, the α7S II, came out over four years ago and since then, the landscape has changed drastically. As it stands now, the most desirable full-frame mirrorless cameras for video are no longer Sony models, but the Panasonic S1H and Nikon Z6.

To keep up, Sony will need to deliver at least 4K at 60 fps, and preferably even higher resolution. We’ll also want to see at least 10-bit internal recording, along with phase-detect autofocus and face tracking — all for under $3,500 or so.

The EOS R was a tepid debut for Canon’s RF mount mirrorless system, but it may have a Mark II model coming before June. In addition, the company is supposedly working on a 75-megapixel EOS Rs that’s designed to be a Sony A7R IV killer. It should have dual card slots and other features missing on the original EOS R.

Speaking of flagship DSLRs, Nikon will deliver its pro-oriented D6 next year, too, promising its “most advanced DSLR to date,” but no other specifics. In addition, Nikon will reportedly update its D750 DSLR next year and could unveil a low-end APS-C Z mount mirrorless and high-end full-frame mirrorless.

Fujifilm’s X100 cameras have a cult-like following, and rumor has it that the company will replace the X100F in 2020 with the X100V. It could also release an X-T4 model with in-body stabilization, a fully articulating screen and 6K 10-bit video. A successor to the relatively popular X-H1 is supposedly also on the roadmap, but may not arrive until 2021.

Panasonic also promised some “great innovations” for next year. What’s interesting for 2020 is that Photokina will kick off in a new slot early in May, and it seems that multiple camera companies will be showing new products there. As such, it should be a more interesting show than usual. 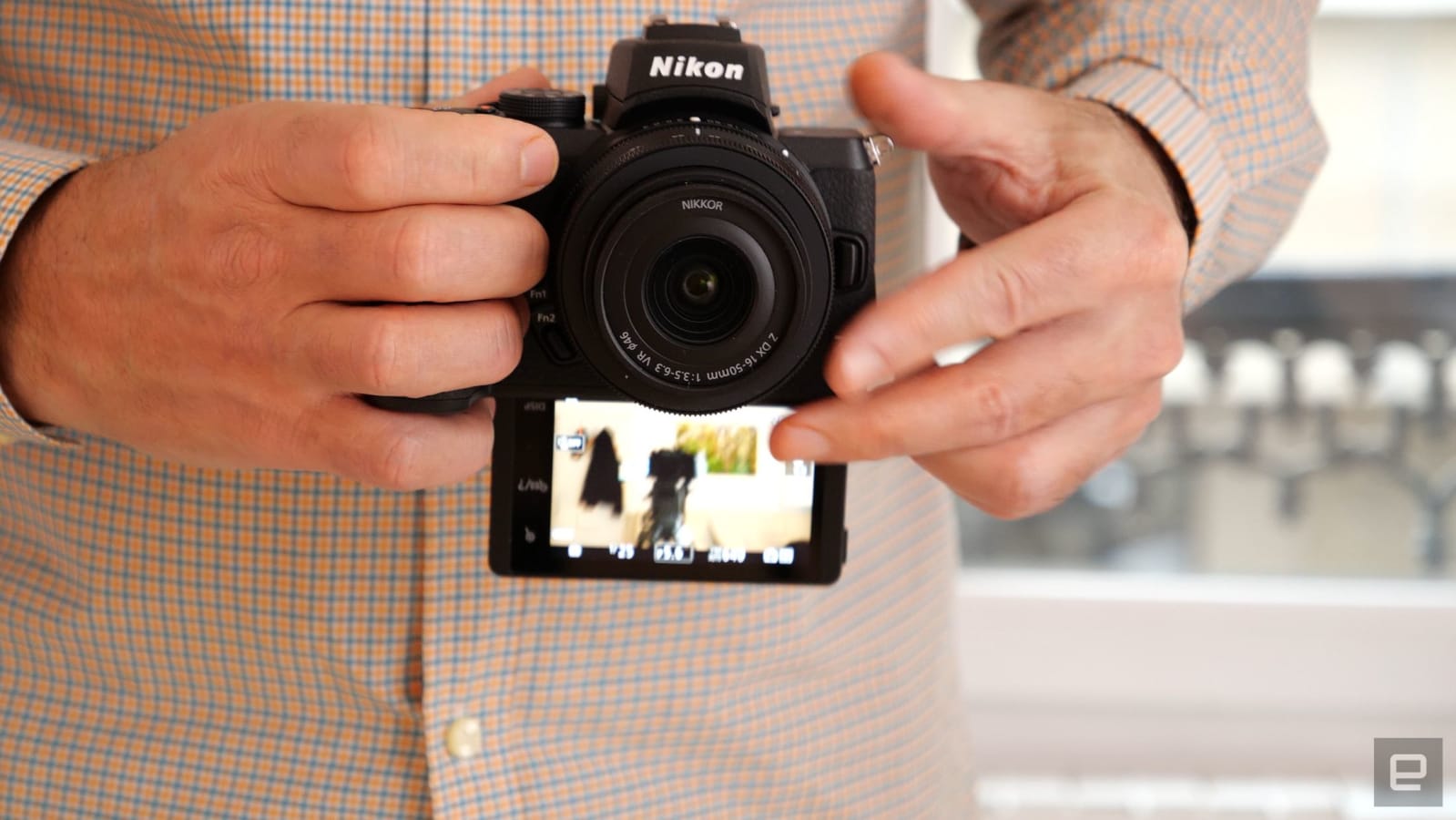 After a year of upheaval in 2018, the market lines were clearly drawn in 2019. Panasonic is still playing the video card, Canon’s big bet was on affordable enthusiast cameras and Nikon launched its more affordable APS-C Z mount lineup. Fujifilm focused on video and its street photography bread and butter, while Sony keeps flaunting its AF and sensor technological prowess.

If the market keeps falling, however, not every manufacturer might last until 2021. Olympus has become a forgotten manufacturer as it failed to create any excitement with its latest 2019 products, the OM-D E-M5 III and E-M1X cameras. However, the company has denied that it’s in any kind of trouble.

So what can manufacturers do to keep consumers interested? They could try to make them easier to use, with AI and other tricks — much as smartphones have. Fujifilm, for one, introduced a smartphone-like auto HDR feature that should be standard on every camera. Frustratingly, Sony has incredible face-tracking and other technology, but it’s still complicated to use.

If buyers figured they could easily take much better photos with a mirrorless camera or DSLR, they might be more tempted to buy. But frankly, it seems more and more that manufacturers will only be selling to enthusiasts and pro users, or to older buyers who still prefer cameras over smartphones. As it stands right now, it’s simply easier to shoot and share photos on a smartphone, and it’s not likely we’re going to see anything to change that.

Dogecoin (DOGE) $ 0.067013
We use cookies to personalise content and ads, to provide social media features and to analyse our traffic. We also share information about your use of our site with our social media, advertising and analytics partners who may combine it with other information that you’ve provided to them or that they’ve collected from your use of their services.
Accept
Read more
Change Settings
Cookie Box Settings
Cookie Box Settings