0Shares
Contents hide
1 What just happened? After so much hype and anticipation, Motorola’s foldable Razr phone arrived last week, but early reviews have been far from good. Now, iFixit has performed one of its famous teardowns on the device, calling it the “most complicated phone-based contraption we’ve ever taken apart.”
2 Related Reads

What just happened? After so much hype and anticipation, Motorola’s foldable Razr phone arrived last week, but early reviews have been far from good. Now, iFixit has performed one of its famous teardowns on the device, calling it the “most complicated phone-based contraption we’ve ever taken apart.”

Things weren’t looking good for the Razr when CNET put the phone in a device called “FoldBot” with a goal of reaching 100,000 folds. Sadly, the hinge mechanism broke at around 27,000 folds, roughly four hours in. Motorola objected to the test, noting that the bot was designed for use with the Galaxy Fold, meaning it was putting undue stress on the Razr’s hinge and not allowing the phone to open and close as intended.

But the Razr hasn’t impressed most reviewers, and iFixit’s teardown shows it isn’t going to win any awards for repairability, either. The site awarded it the lowest 1 out of 10 score. 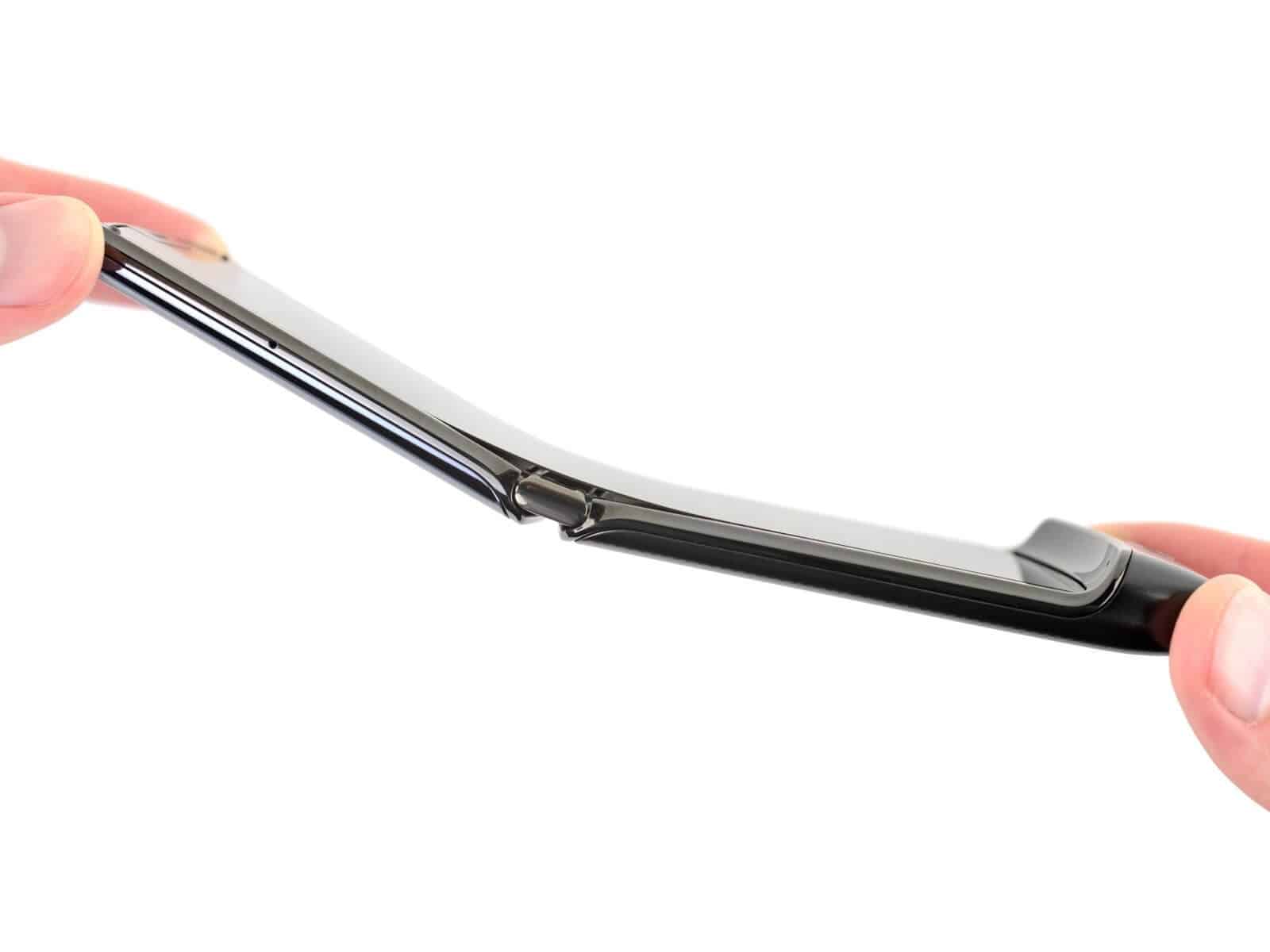 iFixit notes that folding the Razr reveals gaps between the hinge and display similar to those that caused so many problems with the original Galaxy Fold. These only appear midway through the folding action, but it’s still a concern, especially when you’re paying $1,500. 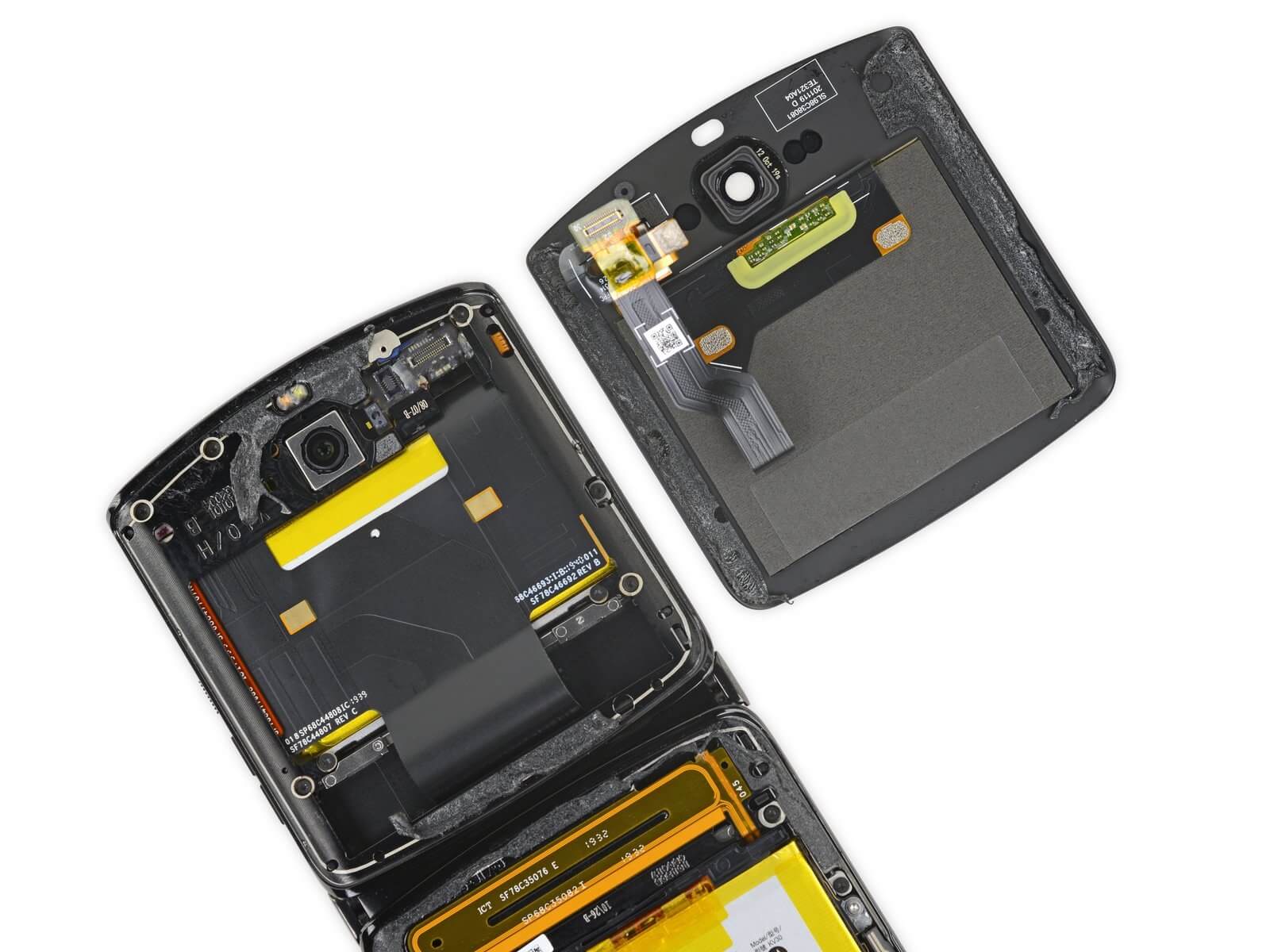 It’s noted that there’s an excessive amount of glue, which makes opening the Razr difficult, and the fingerprint sensor cable next to the home button is easy to tear when disassembling the device.

Other difficulties include the batteries being stuck to the pOLED display sheet, meaning replacing them requires an almost total disassembly, and the charging port being soldered directly to the main board. 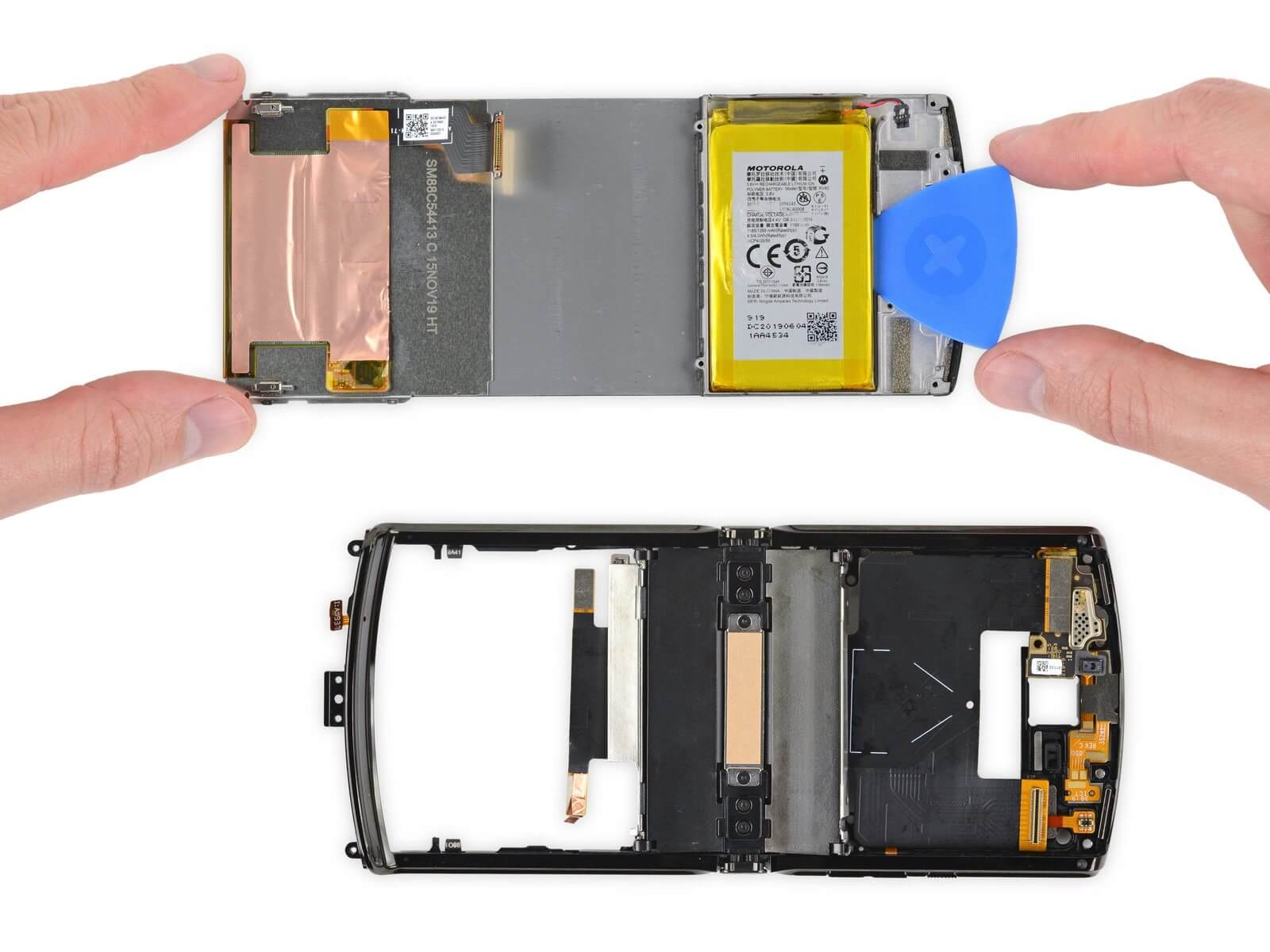 Ultimately, however, iFixit writes that “just bringing this impossible gizmo into existence was such a tall order that we’re not surprised serviceability didn’t make it into v1.0.” It adds that as this is a first-gen design, we shouldn’t expect anything other than a low repairability score, but that could change as future foldable handsets arrive.