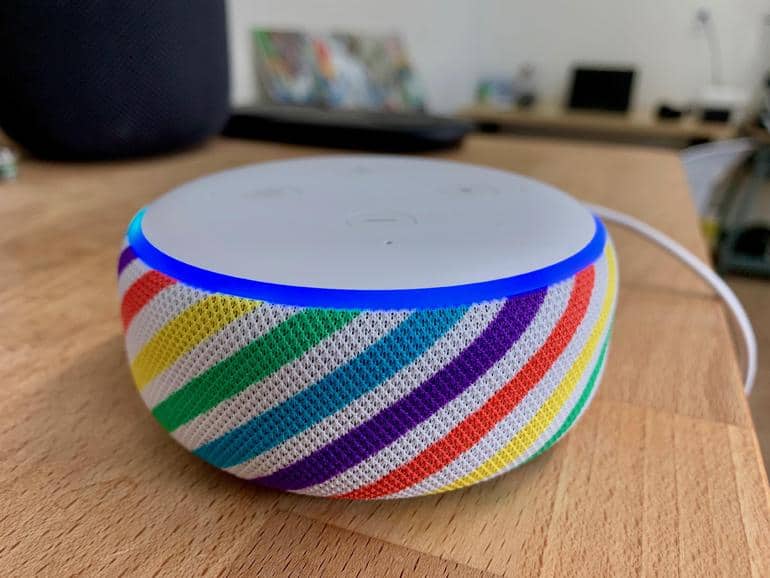 Take for example Amazon’s ubiquitous Echo smart speaker. This is a device that stays on 24/7, listening out for you to summon Alexa.

How much is it costing you for the convenience of having a device that’s always on, versus turning it off and on when you need it?

Must read: Coronavirus, flu and other nasties: What if your job involves handling other people’s dirty gadgets?

I’ve been back and the bench as of late, testing the power consumption of devices, so I have a pretty good idea and can tell you pretty much to the dime how much it is costing you.

I’ve tested a number of Echo devices — from the diminutive Dot to the full-sized Echo, and I’m surprised just how energy efficient they are.

On standby — that is, plugged in, switched on, and connected to Wi-Fi — they seem to consume between 2W and 4W of power, which really isn’t much. Given that the average US price for a kWh of electricity is less than $0.13, which means that worse case, it’s costing you under $0.40 a month to run, or less than $5 a year.

What about when the Echo is in use, for example, pounding out tunes or telling you what the weather is going to be?

Interestingly, the power consumption is not much higher.

While there are power consumption peaks close to 10W for the bigger speaker, average consumption while outputting streaming audio is in the region of 6W. So, if you use your Echo to listen to music for a couple of hours a day, and leave it on standby the rest of the time, the cost only fractionally higher, at a little over $0.40 a month to run, or about $5 a year.

However, it’s worth bearing in mind just how many smart speakers and devices you have plugged in 24/7. Many people I know have several Amazon Echos or Google Homes or Apple HomePods plugged in all the time, and this is where it all starts to add up.

Five Echos spread across your home will be costing you in the region of $25 a year. Not a huge about, but for something that mostly sits there doing nothing, is still quite a lot.

Also, give a thought for the environmental cost. And each kilowatt hour of power produced results in about a pound of CO2 puffed into the atmosphere, which is not cool.