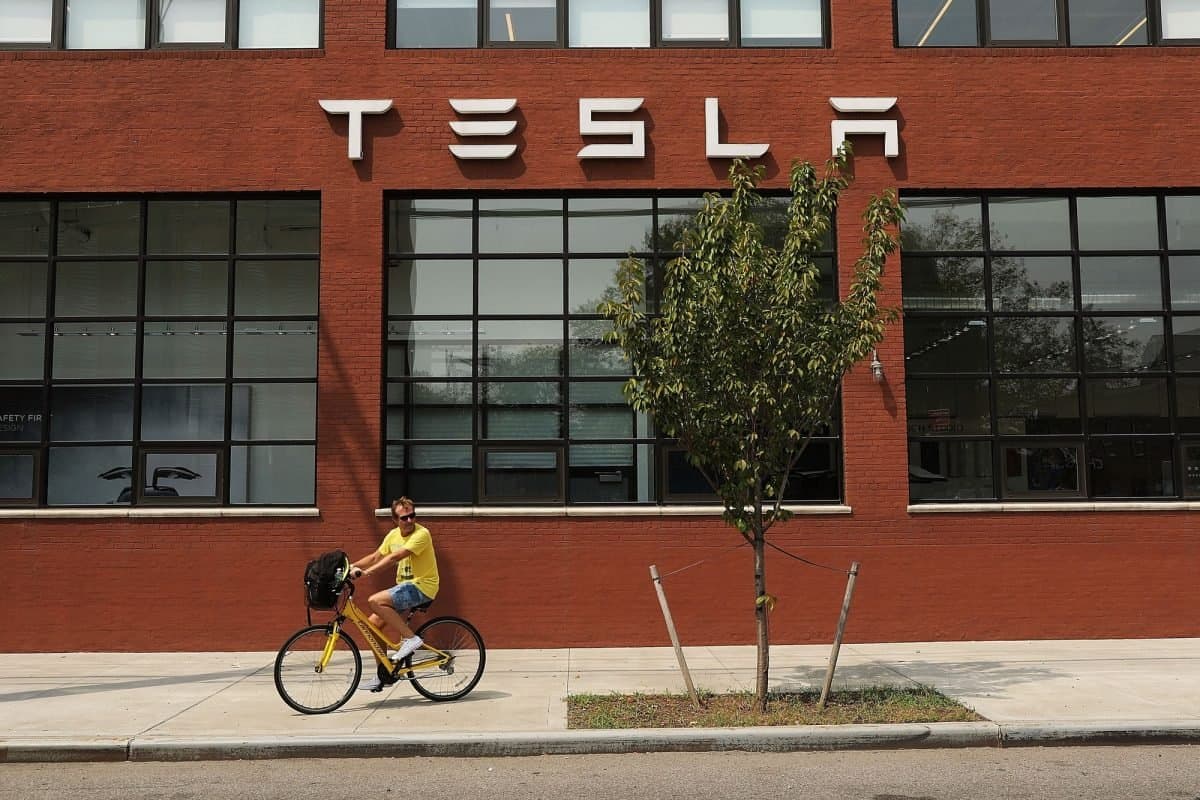 It has been an incredible ride for Tesla (NASDAQ:TSLA).

Trading at $913 on Tuesday, Elon Musk’s EV juggernaut has been an irresistible force in the U.S. stock market. Up an eye-watering $600 from its lows below $200 last year, Tesla stock has been in a class of its own.

Can the rally last, or will it run out of charge? Here’s everything you need to know about TSLA’s historic run.

Tesla’s Brightening Fundamentals Are A Big Win For Elon Musk

Even the biggest TSLA bears have to acknowledge that Elon Musk’s aggressive approach to growth appears to be working. A second profitable quarter in a row has changed the dialogue that Tesla is not a viable business.

Promising to deliver more than 500,000 vehicles this year, production volumes are picking up, with the Shanghai Gigafactory looking like the perfect gateway to the vast Chinese EV market.

Throw into this the fact that Tesla’s battery costs are coming down and the balance sheet appears to be improving.

Another positive for Tesla stock is the imminent arrival of the the Model Y SUV. Musk  expects the crossover to sell more than any car Tesla has ever made. Given that this sector now dominates the U.S. auto market, any inroads that Tesla can make is viewed positively for future cash flow.

In the lucrative and highly competitive truck market, things are also looking good. Musk stated in the most recent earnings call that Tesla would be able to,

sell as many [Cybertrucks] as they can make.

Wall Street was extremely skeptical about most of Musk’s long term claims, but his recent success has changed this dynamic. Given the groundbreaking voyage Tesla is making into self-driving technology, TSLA stock is a tech investment as well as a car company.

For this reason, investors are paying up for exposure to the potential disruption of both long-haul deliveries and autonomous taxi services.

Beyond the primary business, there is also a green element. Investors are scrambling to get in on the ground floor of a groundbreaking shift in the automobile market. Many European nations have aggressive tactics to ban combustion engines, with the United Kingdom moving forward its ban on new gas-powered cars to 2035.

Additional demand is also being seen from asset managers, as the world’s largest fund (BlackRock) recently acknowledged the dangers of climate change and emphasized a need to divest heavily from fossil fuels. Given that CEO Larry Fink already owns a sizable stake in TSLA, it seems natural that buying more Tesla stock is likely.

With all the good news out of the way, here are the considerable risks to TSLA’s parabolic rally.

Firstly, the fact that Tesla still doesn’t use GAAP (generally accepted accounting principles) is a concern. While non-experts might only look at the headline profit, financial analysts are balking at the disparity between valuation and reality.

CFO Brian Hearn at HD consulting provided some insight from the world of private equity. He told CCN.com,

Beyond this, there are equally dangerous technical forces at play.

Current short burn (where investors bet against TSLA) is incredible. Despite the parabolic spike, Tesla stock remains one of the most heavily shorted on the street. Bears refuse to give up. Short interest rose again on Monday, setting the stage for an incredible short squeeze.

Remember the criticism of bitcoin as an unwieldy, FOMO bubble? Well, TSLA is now more overbought than 2017 BTC.

A sudden change of momentum leaves Tesla stock highly exposed to a sharp correction. There are currently plenty of lurking threats in the market, with a coronavirus related slowdown in China a significant risk to Musk’s lofty production goals.

Massing competition also can’t be ignored. While everyone has decided Tesla is dominant in the EV market, there is a good deal of excitement about several other electric cars set to come to market, such as the Ford Mustang Mach-E and GMC’s electric Hummer reboot.

Will Tesla still be cult-cool when they are no longer an exclusive brand, and the Model 3 is dirt cheap and everywhere?

Risks abound for TSLA as markets have seemingly decided it’s a guaranteed winner in a monster market. There is no set-up more dangerous to investors.