Bottom line: Heavy ads can reduce system performance and have a negative impact on both battery life and bandwidth allowances. Offending ads can include those that are actively malicious, like cryptocurrency miners, as well as genuine advertisements that are simply poorly coded or may have bugs.

Google is doing more to combat resource-intensive ads that can dampen the overall user experience.

The search giant said it is experimenting with setting limits on the resources an ad may use; should it exceed a specific threshold, the ad will be unloaded and the user would instead see an error message.

Google considers an ad to be too “heavy” if the user has not interacted with it and it meets any of the following criteria:

To determine these limits, Google said it measured the ads that Chrome sees and targeted the most egregious violators – “those that use more CPU or network bandwidth than 99.99 of all detected ads for that resource.” 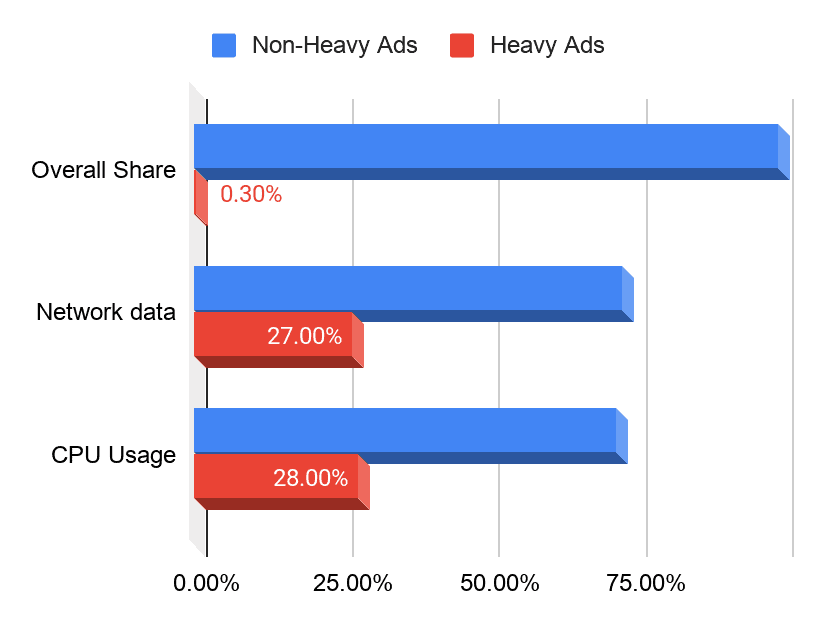 While only 0.3 percent of ads violate these thresholds today, they account for a whopping 27 percent of network data and 28 percent of ad CPU usage.

Google said it hopes to bake the new functionality into a stable channel release by the end of August. More information on the technical aspects of the implementation can be found over on Google’s developer portal.