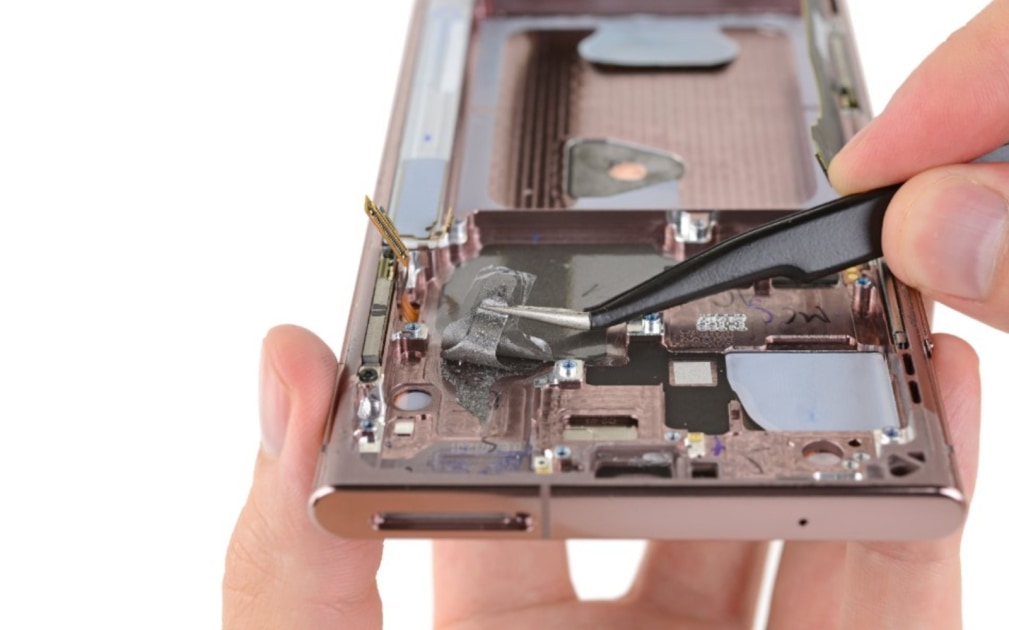 By most accounts, Samsung’s latest flagship phone, the Galaxy Note 20 Ultra, is a by the numbers release. It features all the latest hardware you would expect from a high-end phone in 2020, but doesn’t do a lot to change the Note formula. However, in tearing down the device, iFixit found one surprise that could represent a new design direction for Samsung and other manufacturers. Underneath the phone’s motherboard, the company discovered a multilayered graphite thermal pad.

It’s an interesting design change for a company that has employed copper heat pipes to cool its phones. What makes it more intriguing is that not every Note 20 unit features it. In some teardowns, the Note 20 Ultra includes the same cooper cooling setup that Samsung has employed for years. At first, iFixit thought this might have been a difference between the Snapdragon and Exynos variants of the Note 20. For those who don’t know, Samsung sources the processors for the US versions of its high-end Galaxy phones from Qualcomm.