Forbitspace team is proud to announce the launch of its DEX Super Aggregator platform. Web 3.0 will be a multichain bright future, and the winning DEXs projects will be those that build experiences connecting as many blockchains as possible. 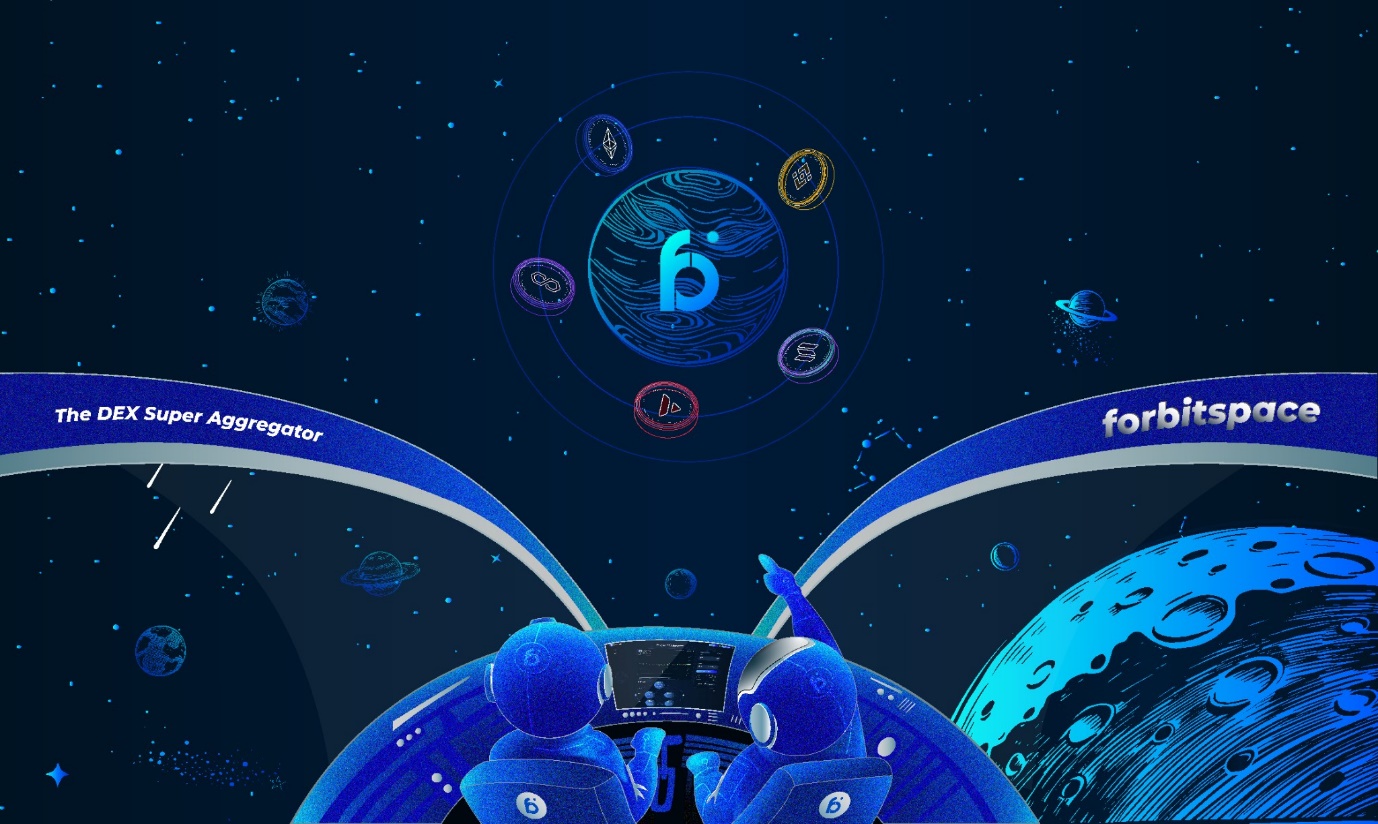 However, slippage occurs when a lack of liquidity on the platform results in the buyer paying above-market prices on their order, with larger orders facing higher slippage. A lack of liquidity can deter wealthy traders from using these platforms, as large orders are likely to suffer from slippage without deep liquidity.

While many of us have used popular AMMs like Uniswap, Balancer, Curve, and more, with the disjointed, heterogeneous nature of distinct DEXs, a variety of platforms uses different blockchain systems, protocols, and mechanisms of transactions. Thus, to combine the fragmented DEX landscape into a more homogeneous fabric and simplify user operations across platforms, Forbitspace DEX Super Aggregator emerged to smoothen the technical barriers and deepen liquidity pools

Forbitspace DEX Super Aggregator utilizes the power of blockchain to bring together trades across various decentralized finance platforms (DeFi) into one space, saving users time and increasing efficiency for cryptocurrency trades. The Forbitspace API is a cutting-edge discovery and routing custodial asset exchanges at the best rates, an algorithm smart order routing that split a single transaction into multiple orders across various DEXs, also route orders through allows crypto traders to tap deep liquidity and receive better pricing with low cost & efficient the most liquidity

As DEXs are cut off from projects on other blockchain networks, liquidity is fairly limited in the grand scheme of things. Protecting users from the pricing effect and decreasing the likelihood of failed transactions are two other significant goals of the Forbitspace DEX super aggregator.

While the platform of some DEXs provides a valuable way to facilitate cross-chain trading, it also tackles the liquidity issue suffered by various DEXs. However, by connecting the liquidity flowing through each network, Forbitspace provides DApps with liquidity that would otherwise be unavailable due to interoperability barriers.

Multichain DEX super aggregators identify the best possible routes to fulfill trades across blockchain ecosystems. In doing so, they ease the burden of existing DeFi users and remove some of the barriers to entry for new joiners.

As the decentralized space is growing at lightning speed, Forbitspace connects multiple blockchains, making the transfer of information from one chain to another seamless becomes that the additional functionality, usability, and scalability are blazingly fast, low cost, & eco-friendly, and contributes to the benefit of users.

Forbitspace uses an algorithmic smart order routing that splits a transaction into multiple orders across various DEXs. The platform also routes orders through and allows crypto traders to tap deep liquidity and receive better pricing, low cost, and efficiency in most liquidity.

To assure users of the project’s usability and security, Forbitspace brought in CertiK, a cybersecurity firm founded by Yale professors, to audit its code and activate CertiK Skynet, which is an on-chain security and data insights platform that provides 24/7 monitoring of smart contracts.

Hacken, one of the leading crypto audit companies, also participates in the audit of the Forbitspace protocol.

Forbitspace has an FBS token for governance and liquidity mining purposes. FBS holders have an additional say in the network’s future, with the ability to propose and vote on changes and upgrades. FBS can also be used to reward liquidity providers within the Forbitspace network. The more liquidity a user provides, the more they earn in rewards.

Forbitspace is still in its early launch stages, but it has bold plans for the future.

The company plans to branch into AMM space exploration, integrate NFT and Metaverse spaces, which are also spread across multiple blockchains. This upgrade will go hand-in-hand with its eventual multi-chain wallet and lead to a full-on entertainment plan to improve Web 3.0 and gaming add-ons to the platform’s space metaverse.

0Shares
Fortispace
Previous PostEverdome (Metaverse) Launches on the Gate.io ExchangeNext Post5 Uses For Blockchain’s that are Not Currency Related

Dogecoin (DOGE) $ 0.064054
We use cookies to personalise content and ads, to provide social media features and to analyse our traffic. We also share information about your use of our site with our social media, advertising and analytics partners who may combine it with other information that you’ve provided to them or that they’ve collected from your use of their services.
Accept
Read more
Change Settings
Cookie Box Settings
Cookie Box Settings