0Shares
Contents hide
1 In a nutshell: With so many countries and locations in lockdown due to the coronavirus, one would expect to see a rise in music streaming. But it appears that the opposite is happening. Data shows that countries hit hardest by the virus are streaming fewer of Spotify’s most popular songs than usual.
2 Related Reads

In a nutshell: With so many countries and locations in lockdown due to the coronavirus, one would expect to see a rise in music streaming. But it appears that the opposite is happening. Data shows that countries hit hardest by the virus are streaming fewer of Spotify’s most popular songs than usual.

Quartz reports that Italy, which has the second-highest number of infections (41,000+) behind China, has seen its 200 most-streamed Spotify songs fall from 18.3 million streams per day in February 2019 to 14.4 million since the quarantine began. There was a 23 percent drop in top 200 streams on Tuesday, March 17, compared to Tuesday, March 3. 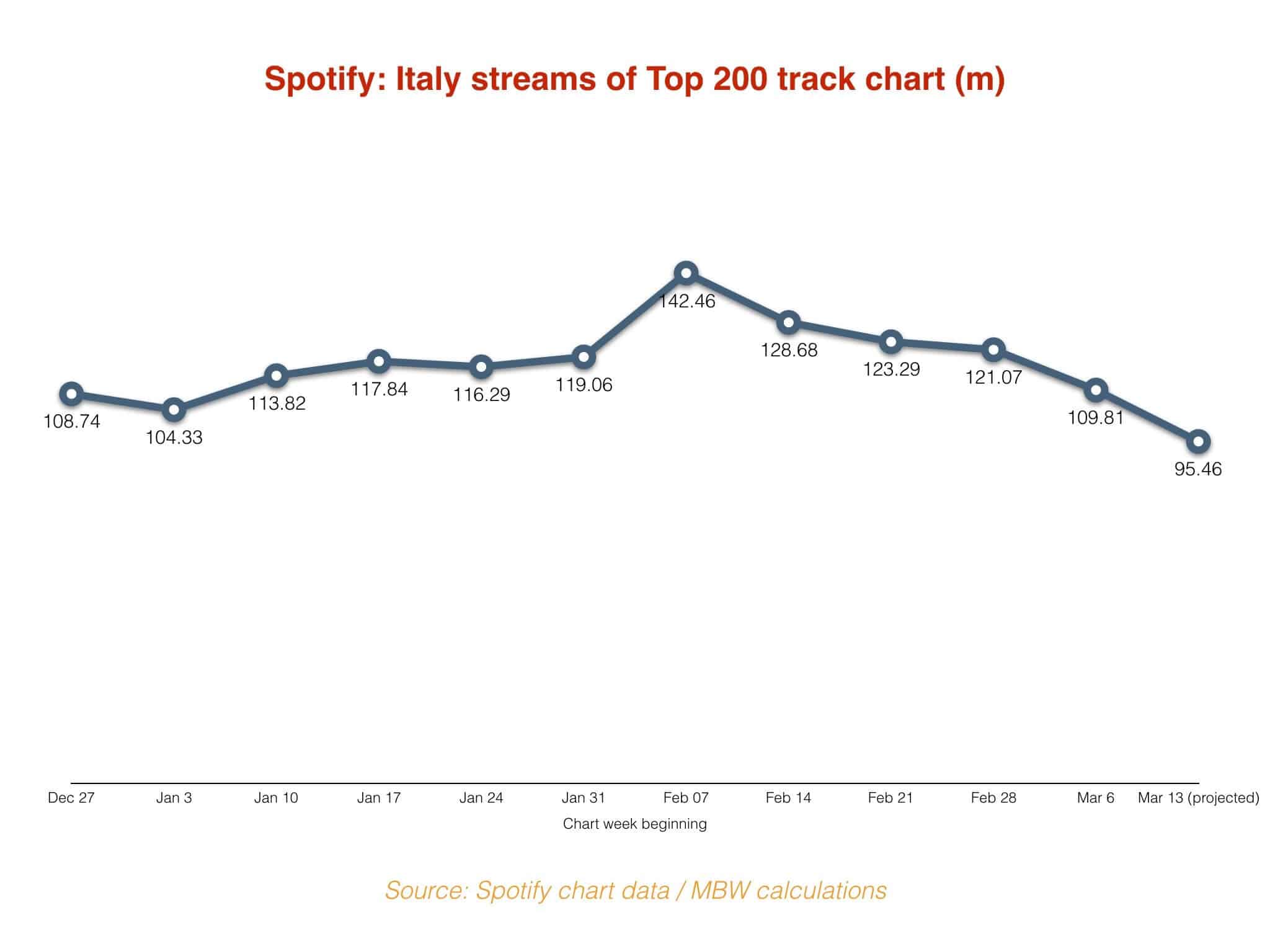 Quartz does note that while the top 200 streams are becoming less popular, it’s possible that overall use could be stable. But the trend is present in other countries, including the UK, France, and Spain, which have all seen streaming numbers for the top 200 songs fall.

It’s the same story in the US, where total Spotify streams for the top 200 songs fell to 77 million on March 17, the lowest for any Tuesday so far in 2020, and nearly 14 million fewer than the previous week.

So, why are the top 200 streams becoming less popular? Quartz writes that the most popular days for streaming are Friday and Saturday when people are likely to go out, which is a rarity for most right now. It’s also possible that the drop in people commuting and going to gyms has contributed to the fall in numbers.

Music Business Worldwide notes that factors other than coronavirus quarantines could be responsible for the declines, including the slowdown of blockbuster new songs being released. It reiterates that even though fewer people are listening to Spotify’s top 200 tracks, it doesn’t mean the other 50 million songs are performing poorly.

Those in lockdown might be streaming popular music less often, but more people are turning to Steam, which broke its concurrent user record last weekend.