Cryptocurrency users have tremendously increased within the last few years. In fact, according to Triple-A 2021 reports, the number of crypto users has gone beyond 300 million. Therefore, this leads to the question, can crypto be a medium of exchange?

Since the development of the first crypto, Bitcoin, in 2009, many other cryptos have come up. According to a March 2022 survey by Exploding Topics, there are 18,465 cryptos in the market up to now.

Yet, despite the many cryptos, Bitcoin has remained dominant in the market so far. Other popular cryptocurrencies in the market include Ethereum, Litecoin, and Ripple.

What Does Medium Of Exchange Mean?

A medium of exchange is a unique product used to ease the exchange of goods and services within an economy.

Three features make money the best medium of exchange. These features are:

On the other hand, crypto like Bitcoin and Ethereum is a remarkable store of value. Yet unlike the U.S dollar, crypto hasn’t attained liquidity since it isn’t widespread.

Is Bitcoin Used As A Medium Of Exchange?

Yes! In some parts of the world, Bitcoin is already a medium of exchange. In most cases, Bitcoin will highly excel in countries with harsh legal environments.

For instance, protestors from Nigeria, Hong Kong, and Belarus have turned to crypto. This is after their governments froze their bank accounts.

Also, in most countries with extreme economic instability, citizens have resulted in crypto. In most cases, Bitcoin. An example of a country is Venezuela.

Can Crypto Be A Global Medium Of Exchange?

For example, Bitcoin hasn’t attained enough traction in politically stable countries. Some critics say that this is a major indication that Bitcoin has failed. However, this is the same factor that has made it the most successful cryptocurrency.

Most people believe that using crypto for daily transactions makes it a success. In this case, most crypto exchanges have launched their crypto cards. These cards include Club Swan, Crypto.com, Binance, and Wirex Crypto cards. 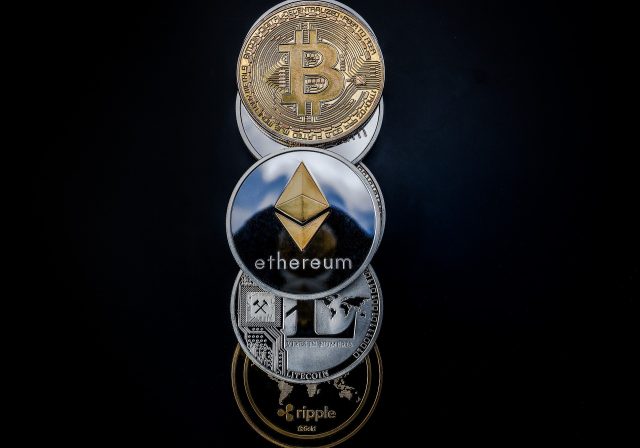 Only a few cryptocurrencies are more than a decade old. One of these is Bitcoin. Bitcoin Entered the market in 2009, and within 13 years, it has surpassed a market value of $1 trillion.

Unlike most fiat currencies, Bitcoin has quickly achieved unit of account and medium of exchange.

Factors That Has Made Cryptocurrency (Bitcoin) A Poor Medium Of Exchange

The central banks aren’t in control of Bitcoin

The revolution of Bitcoin started in 2008. It all started from a link that led to a proposal page that dictated all the details about bitcoin.

The proposal said that Bitcoin would be a great medium of exchange between two parties. The parties could carry out anonymized transactions without having a third party.

So unlike fiat currency, Bitcoin replaces the institutional trust with parties’ consensus. Also, all bitcoin transactions get posted on public ledgers on numerous computers.

These ledgers are visible to any bitcoin user. Also, these ledgers determine whether transactions are valid or not.

One feature that makes a currency an unattractive medium of exchange is volatility. It means that the number of units you can use to buy a certain item can vary highly.

According to a 2008 blog by Satoshi Nakamoto, one statement read, “I’ve been working on a peer to peer electronic cash system with no third party.” However, this cryptocurrency has shown tremendous volatility.

For instance, in May 2021, Bitcoin prices showed significant prices shifts in a single day. On this day, Bitcoin’s price went down 30% and later recovered by 12%.

Due to these insane price movements, it is difficult for Bitcoin or any crypto to be a medium of exchange.

Yet, despite the challenge, crypto card issuers have found a way around this. The card issuers issue cards that you can use your crypto for day-to-day transactions.

These cards convert crypto in your crypto wallet to fiat when making purchases. These cards include Crypto.com, Club Swan, Nexo, and Binance.

Cryptocurrencies operate outside the control of financial institutions and the government

Recently, there has been a rising interest in CBDCs (Central bank Digital Currencies). The CBDCs intend to replace the physical coins and notes.

Up to now, only five countries have successfully launched these currencies. Meanwhile, 81 others are still in the exploring stage.

Unlike cryptos, the CBDCs will have the backing of the government and the central banks. So they are likely to gain trust among many people easily. Thus easily becoming a successful means of exchange.

Cryptocurrency promotes the purchase of illegal goods and services

Transactions of crypto between parties are anonymous in nature. So this makes crypto an attractive medium of exchange for illegal goods and services. For instance, most businesses on the dark web only accept crypto as a form of payment.

Uncovering parties involved in crypto transactions might be extremely difficult. However, this doesn’t mean it’s impossible. With hard work, Bitcoin and Ethereum transactions can get uncovered.

Meanwhile, transactions like that of Zcash and Monero can prove impossible to uncover. These cryptos are trying to offer extra anonymity with sophisticated technology for masking.

To earn newly minted cryptocurrency, you must go through mining. Mining involves using computing power to solve complex math problems while competing with other miners.

The estimated power used in validating a one Bitcoin transaction is like that used in a single household monthly. Also, the mining power of Bitcoin alone accounts for about 0.4% of the total world’s electricity.

Crypto is a speculative asset, and there are concerns about its systematic effects

All crypto investors know the risks related to any cryptocurrency. Therefore, in case you lose your money while investing in crypto, there will be no effects on the financial system. This goes for any crypto, whether Bitcoin, Ethereum, or Dogecoin.

Additionally, there have been concerns about manipulating crypto, resulting in fraud. Besides, there is fear that the crypto market collapse can destroy the financial system. This is because of the current crypto market valuation, which is over $2 trillion.

According to economics, there is a pretty good argument for why Bitcoin is a payment method. However, this might be a great reflection of Bitcoin as a currency.

According to Gresham’s Law, bad money drives out good money. In short, in an economy where there are two currencies, people will use that which are constantly devaluing. On the other hand, they will hold the other currency as it retains or increases in value.

Therefore, the bad money will keep circulating. At the same time, good money will dominate as long-term investment or savings.

For instance, let’s say you hold both Bitcoin and U.S dollars. You’re likely to use U.S dollars when it comes to daily transactions. This is because the U.S dollars are constantly inflating and devaluing.

However, if you use Bitcoin, you’re likely to miss out on a future increase in its value.

In short, it’s pretty much difficult for crypto to be a medium of exchange. The only way is when governments refuse their local currency after becoming inferior. And this might take longer than anticipated. However, crypto will certainly continue succeeding in other realms.

0Shares
BitcoincryptocurrencyEthereum
Previous PostJean Sebastien-Beaucamps Co Founder of LaCollection.io Speaks to Us about their NFT Partnership with MFA BostonNext PostCommon Myth and Misconceptions about Crypto

Dogecoin (DOGE) $ 0.085423
We use cookies to personalise content and ads, to provide social media features and to analyse our traffic. We also share information about your use of our site with our social media, advertising and analytics partners who may combine it with other information that you’ve provided to them or that they’ve collected from your use of their services.
Accept
Read more
Change Settings
Cookie Box Settings
Cookie Box Settings