As more cybercriminals emerge, many people now wonder: Can bitcoin be hacked? Bitcoin was created in a hack-proof design. It is considered hack-proof since the Bitcoin blockchain is continuously reviewed by the whole network. Hence, attacks on the blockchain are highly unlikely.

The decentralized and distributed nature of the bitcoin blockchain network makes it well suited to repel hacker attacks. Since inception, bitcoin has never been hacked and no 51% attack has ever been attempted. However, interfaces like wallets where cryptos are handled are still highly vulnerable to attacks. 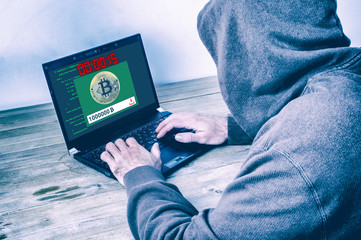 To add blocks that have collections of transactions, every miner (participant) who updates the Bitcoin ledger is constantly solving complex mathematical problems. These complex problems are developed by the cryptographic hash function of Bitcoin. Every node in the network must agree on the validity of a specific block for it to be added successfully to the database.

The bitcoin ledger is then updated accordingly if all the nodes agree. It is quite difficult to manipulate a crypto network meaning that the issue of can bitcoin be hacked will not arise. Overwriting or erasing a block of already spent bitcoin, “double spending”, is impossible due to the decentralized, chronological and computing, power-intensive features of the bitcoin blockchain.

Contents hide
1 Bitcoin And Security
2 Wallets And Transaction Processes
3 What Happens When Someone Attempts To Hack Bitcoin?
4 Can Bitcoin Be Hacked Into A Shut Down?

Bitcoin launched in 2009 as a decentralized currency. Hence, it cannot be overseen or regulated by any single administrator like a bank or a government. Peer-to-peer transactions seem to have powered the surge of the digital currency world, with bitcoin being at the forefront the entire time.

But many wonder; can bitcoin be hacked? The blockchain is a public ledger that authenticates and records on-chain transactions. Security has been a fundamental issue for bitcoin since its inception.

On one hand, it is challenging to hack bitcoin due to the blockchain technology that supports it. Hacks are quite unlikely since the underlying blockchain is continuously being reviewed by bitcoin users.

On the flip side, even though bitcoin is hard to hack does not guarantee it to be a safe investment. Security threats exist at different stages of the trading process.

Bitcoins are stored in wallets and traded via digital currency exchanges like Coinbase and Huobi. Security threats and risks exist in both of these components. Although developers are striving relentlessly to boost wallet security, criminals are seeking to access other people’s crypto wallets aiming to steal tokens and coins.

Two-factor identification is mostly used as a security measure in the bitcoin transaction process. But, anyone with access to linked email or phone numbers may access the security components to authenticate transactions. If the hackers and criminals can determine some of the investor’s non-cryptocurrency-related personal information, they can infiltrate transactions in the space regardless. 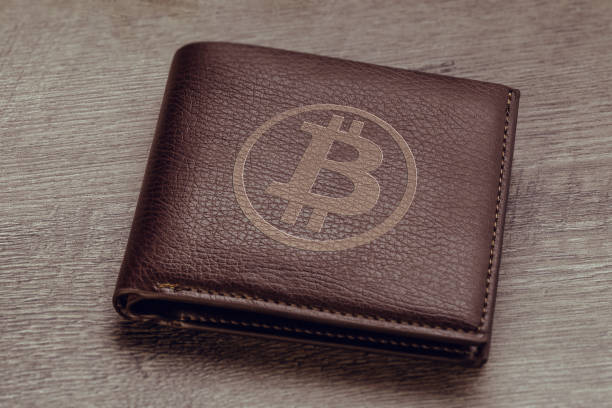 Bitcoin users are always assigned private keys that let them access their bitcoins. But if the user’s private key is compromised, the cybercriminals can infiltrate wallets and steal the bitcoins. Individuals and major cryptocurrency exchanges have been affected by frauds, hacks, and scams. Criminals thrive since the cryptocurrency space is still relatively new and lacks enough security measures to keep them away.

Criminals are exploiting the security holes before they are corrected. Can bitcoin be hacked? Criminals may steal the coins although the technology itself is still impenetrable. Hence, all bitcoin investors should take proper precautions to protect their holdings.

What Happens When Someone Attempts To Hack Bitcoin?

There is no one copy of the bitcoin blockchain. Instead, thousands of copies exist stored safely on nodes in a computer network. The nodes are distributed throughout the world and they have all the Bitcoin transactions that have happened so far.

Any bitcoin hacker who intends to alter the distributed ledger must hack over half of the participating computers (51% attack). This form of attacking is the most significant threat existing in the blockchain world. If an entity manages to take control of most of the networks’ mining power (hash rate), then theoretically the transaction history of the Bitcoin network can be overwritten.

Thus, 51% is needed to determine which transactions to approve and which others to decline. If that happens, hackers can potentially change the blockchain’s distributed ledger in a manner that double spending would be activated. But, that scenario is difficult to achieve and quite unlikely to happen.

Can Bitcoin Be Hacked Into A Shut Down?

Since it was launched, bitcoin has never been shut down even for a single second. Many regulators, governments, and banking officials have proposed shut-downs of the bitcoin network in the past but BTC has run with almost 100% uptime for over ten years.

Nonetheless, few scenarios can spell doom for bitcoin. For example, a widespread global power outage that will shut down all communications and the internet on a global scale can prevent the nodes in the network from contacting one another. That scenario can cause the system to fail.

In another scenario where hackers can succeed, they can launch a bitcoin update that has a critical bug. The bug must remain undetected even with intensive testing and peer-review inherent in the Bitcoin protocol. That scenario would hypothetically result in a temporary impairment of the network and eventually in a sharp plunge of the BTC price and a fork of the blockchain. 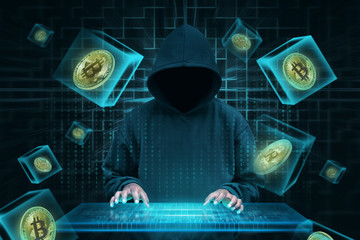 Bitcoin is decentralized which makes it impossible to be shut down by one entity. Governments have tried to ban bitcoin and other cryptos before in their respective jurisdiction. Although governments can agree to jointly ban bitcoin, in the long term they will likely impose regulations to protect investors and collect taxes.

If 51% of network participants cooperate, they can overthrow the bitcoin network which will endanger their profits. Since such an arrangement may need large investments into mining equipment, that heist is quite improbable.

Bitcoin has been acting independently for the past decade and it is highly likely that it will retain its store of value reputation in the long term. Thus, it means that the answer to can bitcoin be hacked is technically a big no.