In the nascent cryptocurrency world, analysts and commentators at times mention Bitcoin or Litecoin while looking for real-world use cases. Despite having several similarities, these two cryptos have their differences that make them perfect for different investors.

Over ten years ago, Satoshi Nakamoto unveiled a digital currency and named it Bitcoin (BTC). Within its relatively short lifespan, the coin has become a global movement. Several years after its release, BTC started to inspire developers who believed in the potential that crypto has. They sought to create similar projects.

One such developer was a former Google engineer, Charlie Lee. He created a fork/split from bitcoin and called it Litecoin (LTC). The two coins are similar but Lee ensured that his LTC token had a few critical differences to give it an identity independent of bitcoin. Litecoin created its loyal movement with a large community and a chunk of the crypto market. 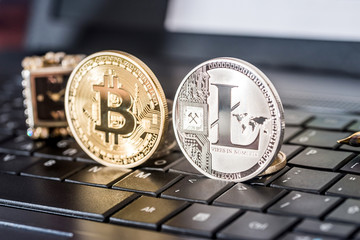 In June 2011, at the time of Litecoin’s creation, BTC surged from almost nothing to around $30. The cryptocurrency experienced investment gains that had never existed in the other markets. But, in the early days, it was challenging to own bitcoin because there were no straightforward methods to buy it.

Also, the bitcoin mining process was becoming increasingly difficult due to the invention of specialized mining devices known as application-specific integrated circuits (ASICs). ASICs made mining harder and pushed it away from the reach of everyday individuals. Thus, many thought that they had missed out on an opportunity to become early adopters of the token.

Both bitcoin and litecoin have strengths and advantages over each other. Your investment target and purpose determine whether you will go for bitcoin or litecoin.

Contents hide
1 Litecoin Comes Up With A Solution
2 Similarities Between Bitcoin And Litecoin
3 Differences
4 Which Is Better; Bitcoin Or Litecoin?

Litecoin Comes Up With A Solution

Against the rise in the use of ASICs in bitcoin mining, Charlie Les unleashed Litecoin. The new crypto was designed to enhance the bitcoin qualities with a more egalitarian mining process and faster transactions. Litecoin uses Scrypt mining algorithm that prevents ASICs from taking over. 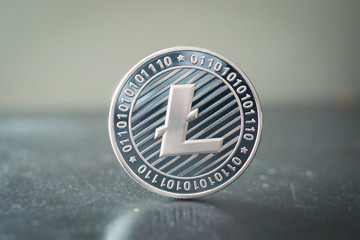 Litecoin quickly gained a major following since it provided even the daily investors to invest some of their money in the growing crypto sector. Additionally, it rewarded the early adopters who might have come in late to the bitcoin party. 1 LTC went from $0.03 in July 2012 to $40 in November 2013 – a 1,300x or 130,000% increase.

Whether you look at bitcoin or litecoin, both have been around for years now and they both act as pillars to the crypto community.

Similarities Between Bitcoin And Litecoin

On the surface, the two cryptocurrencies have a lot in common. These similarities make many investors wonder which is a better investment. While fiat currencies rely on backing from central banks for circulation control, value, and legitimacy, cryptos only rely on the cryptographic integrity created by the network itself.

Since its creation, Litecoin was seen as being created in reaction to Bitcoin. LTC developers say that they aim to create the ‘silver’ to Bitcoin’s ‘gold’. For that reason, Litecoin adopts many of Bitcoin’s features and improve the ones that need some enhancement. 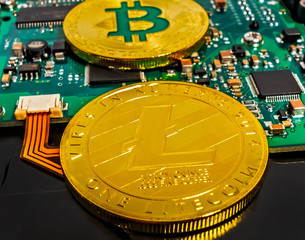 Both of these cryptos are proof of work ecosystems. Thus, the underlying process by which bitcoin and litecoin are fundamentally mined is similar. The fundamental elements of transacting with either bitcoin or litecoin are similar. Both coins are available on exchanges and can be mined using rigs. Both need digital or cold wallets for safe storage.

The key reason why investors choose bitcoin or litecoin over other cryptos is their easy transaction tools and facilities. Both of these cryptos can be readily acquired or exchanged using the cryptocurrency trading platform. the mining strategies are also relatively simple. Other similarities existing between bitcoin and litecoin include the necessity of cold wallets and regulations to control the market.

Nonetheless, Bitcoin and Litecoin are extremely dramatic and greatly volatile.

Despite the many similarities in the core level, the two cryptos have many differences too. But, more and more people are moving into the bitcoin market as opposed to the litecoin space. Thus, investors when asked to choose bitcoin or litecoin they go for the latter for investments.

The most integral difference that exists between bitcoin and litecoin is the cryptographic algorithms that they use. Bitcoin used the longstanding SHA-256 algorithm while litecoin employs a comparatively new algorithm called Scrypt.

In the case of transactions, they occur almost instantaneously on both networks. But the time needed for these transactions to be confirmed by other network participants vary. Litecoin prioritizes transaction speed which has increased its popularity over other cryptocurrencies. 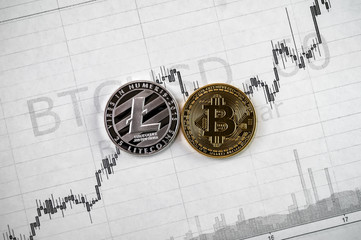 Bitcoin network’s average transaction confirmation time is around 9 minutes while that of Litecoin is 2.5 minutes. Thus, Litecoin can attract merchants more than Bitcoin in this context.

Anyone wondering whether to choose bitcoin or litecoin should know that there is a difference in the total number of coins that each crypto can produce. The bitcoin network will never exceed 21 million while litecoin can accommodate around 84 million coins. However, the real-world effect of this difference may prove to be negligible since both cryptos are divisible into almost infinitesimal amounts.

In the case of market capitalization, Bitcoin is still dominant. Market cap is the main concept that enables the flagship crypto outperform other cryptocurrencies in the market. When compared to litecoin, bitcoin is almost eighty times larger with a valuation of $871 billion while Litecoin has a valuation of just above $11 billion on August13, 2021. Even Ethereum comes in a distant second in the market capitalization charts which gives bitcoin the luxury of being at the top since its inception.

Litecoin is better than bitcoin in the case of transaction speeds and distribution. When compared to bitcoin, litecoin can transact four times faster. Although that seems to be a significant advantage for litecoin, it has been proven to be negligible in the real world. That is the case since Litecoin and bitcoin are divisible into almost infinitesimal amounts.

Which Is Better; Bitcoin Or Litecoin?

While bitcoin and litecoin may be the gold and silver of the crypto space in various aspects, history in this sector has shown that the status quo can change rapidly. Time will tell whether most of the major cryptos that have become popular and familiar will retain their stature in the years to come.

Both of these cryptocurrencies have contributed to the growth of the sector in different ways. Thus, ensure that you know what you need for your investment before deciding whether you will go with bitcoin or litecoin. For now, Bitcoin seems to be a better investment due to its momentum heading above $45,000 after setting a new all-time of $64,500 in mid-April 2021.

Dogecoin (DOGE) $ 0.065366
We use cookies to personalise content and ads, to provide social media features and to analyse our traffic. We also share information about your use of our site with our social media, advertising and analytics partners who may combine it with other information that you’ve provided to them or that they’ve collected from your use of their services.
Accept
Read more
Change Settings
Cookie Box Settings
Cookie Box Settings